A few years ago, my wife and I were assigned a case through our local conference of the Society of St. Vincent DePaul. It involved a family – Dave, his girlfriend Ellen and their three small children* – who had fallen behind on their rent and electricity bill. When we met with the family, Dave explained that he was a full-time employee of Home Depot. He had moved to southern New England from Maine when Home Depot offered him a position as manager of a department at the local store. The position only paid $13 per hour, but Dave saw it as a chance to move up with the company.

The family rented a three-bedroom apartment in our town, and Ellen found a job working second shift as a certified nursing assistant for $9.00 an hour at a local home for the elderly. It was a good arrangement because Dave worked first shift and got home in time to take care of the kids in the evening. The couple’s combined income would allow them to cover the costs of their apartment and utilities, with a little left over to buy that a “new” used car they sorely needed.

About three months into this arrangement, Dave’s boss called him into the office and announced that Home Depot corporate had ordered the store to cut a third of its payroll in response to sluggish revenue during the previous quarter. Dave’s department was to be stripped of all employees, save one per shift, which meant there was no more need for a department manager. Dave was to be immediately re-assigned with a floating schedule that would include both first and second shifts, and as a non-manager his wage would be reduced. Dave pleaded with his boss to let him continue to work first shift only, even at the lower wage and reduced role, because of Ellen’s job. His boss refused to even try. Moreover, Dave was told that the only way he could be guaranteed first shift hours was if he moved to part-time and at an even lower wage, which would have meant losing healthcare coverage for his family.

Sure enough, that Friday the schedule came out for the following week. Dave was slotted into the second shift for three of five workdays. Ellen tried to make things work at the nursing home by offering shifts to co-workers, but the quick Friday to Monday turnaround at Home Depot made it impossible to manage, and she had to leave her job after a couple of weeks. I encountered the couple nearly three months later when they were behind a month’s rent and hadn’t paid their electric bill since Ellen had left her job. We were able to help them with their previous month’s rent and put them in touch with a diocesan agency that covered a portion of their electric bill, but it was just a band-aid, and I later learned that the family was subsequently evicted and returned to Maine.

I tell you the whole story because of something Dave said to me in our last meeting. Summing up his treatment at the hands of the giant retailer, he said, “Home Depot destroyed my hope.”

By now, we’re all familiar with the litany of deleterious effects that big box retailers have on local communities. Our friends at the Institute for Local Self-Reliance (ILSR) have consolidated references to many of the relevant studies here. They show that big box retailers scour local communities of their small businesses and consumer dollars. The arrival of big box retailers means fewer net jobs and lower net payrolls, along with higher rates of poverty and reliance on public assistance. Big box development reduces the stock of social capital, including good schools and financial support for charities; increases traffic; destroys vast tracts of potentially productive land; and relies on huge government subsidies, even as it adds ever-higher infrastructure costs to town, city, and state budgets. Big box retail even means higher average consumer prices in certain classes of goods!

But there are additional effects we can’t see or even quantify, including the impact of big box retail on the psychological and even spiritual well-being of those living on the margins of the economy, especially the working poor. The dependence of this population on chain retailers for employment and shopping ultimately seduces them into becoming co-conspirators in their own disenfranchisement. For people with higher incomes, big box retail may be just one shopping choice among many. Indeed, in many communities a Saturday tour of stores and markets will reveal strong class divisions among shoppers, with higher income earners crowding locally owned retailers and the poor or near-poor flocking to places like Wal-Mart. For the economically and socially marginalized, big box retail represents an ugly form of corporate feudalism that replaces the values of community and social solidarity with a corrosive rootlessness that can in turn contribute to political disengagement, social isolation, and even psychological pathology: in short, a loss of hope.

Wendell Berry, drawing on his mentor Wallace Stegner, has long identified two kinds of Americans, “stickers” and “boomers.” “Boomers,” he says, “are those who pillage and run, who want to make a killing and end up on Easy Street, whereas stickers are those who settle, and love the life they have made and the place they have made it in.” According to Berry, “the boomer is motivated by greed, the desire for money, property, and therefore power … Stickers on the contrary are motivated by affection, by such love for a place and its life that they want to preserve it and remain in it.”

I think Berry’s depiction of American types is incomplete. I would add another type: “drifters.” Drifters are those who either out of choice or necessity reflect the essential rootlessness of modern American life, a rootlessness defined not just by the lack of attachment to and affection for place, but by a disinterest in education and achievement, a detachment from the social mores and customs that bind individuals to families and the wider community (including, most ominously, marriage), and a pervasive sense of hopelessness about their own futures. Those of us who have spent time in service to the working poor recognize the signs: hostile, tattooed young men routinely enmeshed in the criminal justice system; single-mother homes in which three or four children each have a different last name; the loss of self-control over habits, including diet; self-defeating financial choices; a seeming inability to form worthwhile goals in life and make plans to achieve them. Of course, it’s common in certain political circles to point to these signs as proof of the essential laziness or moral corruption of the poor. In fact, they are evidence a loss of hope that manifests itself in alienation, attenuated willpower, resignation and finally despair.

Speaking about the ugliness of suburban sprawl the writer James Howard Kunstler once said, “We have about 38,000 places that are not worth caring about in the United States today. When we have enough of them, we’re gonna have a nation that’s not worth defending. And I want you to think about that when you think about those young men and women that are over there in places like Iraq spilling their blood in the sand and ask yourself what is their last thought of home. I hope it’s not the curb cut between the Chuck E. Cheese and the Target store, because that’s not good enough for Americans.”

It’s not good enough for any American, in any sense, aesthetic or otherwise. Big box retail isn’t the only reason for the widespread appearance of the drifter type in American life, of course. Mass media, rising inequality, permanent structural changes in patterns of employment, the waning of civil society, the growth of the bureaucratic federal state, the secularization of American culture generally, and other factors all play their part. But big box retailers are critical because they play such important roles in the lives of drifters, often as conduits of or contexts for other contemporary pathologies. They help to strip away the rich spiritual soil of communities in which individuals and families are nurtured and hope flourishes. For that reason alone, apart from their economic consequences, big box retailers should be abjured by communities concerned about their civic character and the well-being of their citizens.

*To protect the identity of this family, changes were made to names and workplaces. 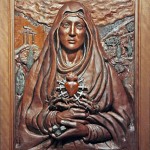 March 25, 2016
Good Friday Through a Mother's Eyes
Next Post 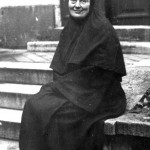