“How wonderful it would be if solidarity, this beautiful and, at times, inconvenient word, were not simply reduced to social work and became instead the default attitude in political, economic, and scientific choices, as well as in the relationships among individuals, peoples and countries. Only by educating people to a true solidarity will we be able to overcome the ‘culture of waste,’ which doesn’t concern only food and goods but, first and foremost, the people who are cast aside by our techno-economic systems which, without even realizing it, are now putting products at their core, instead of people. Solidarity is a term that many wish to erase from the dictionary. Solidarity, however, is not an automatic mechanism. It cannot be programmed or controlled. It is a free response born from the heart of each and everyone.” 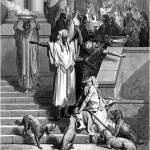 April 24, 2017
My Most Grievous Fault: The Moral Problem of Wealth
Next Post 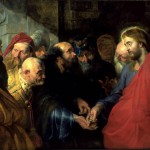 Catholic
Arizmendi's Big House: Mondragón and the Culture of...
The Dorothy Option
TRENDING AT PATHEOS Catholic