Does God Love the Poor More Than the Rich?

I have a friend named Trish who frequently corners me after Mass to ask questions about things she finds baffling in Scripture or Catholic teaching. Her questions range from the mundane – “Why, if Mary remained a virgin, does Scripture refer to the ‘brothers and sisters’ of Jesus?” – to the sublime – “How can it be that Jesus is both human and divine?” Why Trish brings her questions to me, I’m not sure, but I always try to reward her curiosity by patiently providing as full an answer as I can.

A while back, following a particularly bracing set of Sunday readings, Trish approached me with this question: “Does God love the poor more than he loves the rich?” On the surface, it would seem so; in Scripture, there are nearly 3,000 verses concerned with justice for the lowly, the oppressed, and the stranger. Almost 400 of those verses specifically refer to “the poor.” In Deuteronomy 15:11, the Lord commands his people to “be openhanded toward your brothers and toward the poor and needy in your land.” The Psalmist declares that “the Lord hears the cry of the poor” (Psalm 34) and calls upon the God to “defend the cause of the weak and fatherless; maintain the rights of the poor and oppressed” (Psalm 82). The author of Proverbs insists “he who oppresses the poor shows contempt for his Maker, but whoever is kind to the needy honors God” (Proverbs 14) and “the righteous care about justice for the poor, but the wicked have no such concern” (Proverbs 29).

When Our Lady receives Gabriel’s announcement of her impending maternity, she declares that God “has cast down the mighty from their thrones and lifted up the lowly; the hungry he has filled with good things and the rich he has sent away empty.” At the moment Jesus inaugurates his public ministry, he announces “the Spirit of the Lord is upon me and has anointed me to preach good news to the poor.”  Later, our Lord instructs a rich man to sell all he has and give the proceeds to the destitute. When the man merely turns away, Jesus declares “it is easier for a camel to go through the eye of a needle than for someone who is rich to enter the kingdom of God.” Later still, our Lord makes personal concern for the poor a test of worthiness for Heaven (Matthew 25). In his Epistle, James reserves his harshest language for the wealthy: “Now listen, you rich people!  Cry and moan over the miseries that are overtaking you.  Your riches are rotten … ” (James 5).

This theme was picked up by the Fathers of the Church and has echoed down through the centuries. St. Augustine, amplifying Jesus’s self-identification with the poor in Matthew 25, writes, “Christ is at once rich and poor: as God, rich; as a human person, poor. Truly, that Man rose to heaven already rich, and now sits at the right hand of the Father, but here, among us, he still suffers hunger, thirst, and nakedness: here he is poor and is in the poor.” One of the earliest Christian documents, the Didache, commands new converts to “share everything with your brother. Do not say, ‘It is private property.’ If you share what is everlasting, you should be that much more willing to share things which do not last.” According to St. John Chrysostom, “not to enable the poor to share in our goods is to steal from them and deprive them of life. The goods we possess are not ours but theirs.” St. Thomas Aquinas believed that “whatever a man has in superabundance is owed, of natural right, to the poor for their sustenance. So Ambrosius says, and it is also to be found in the Decretum Gratiani: ‘the bread which you withhold belongs to the hungry; the clothing you shut away, to the naked; and the money you bury in the earth is the redemption and freedom of the penniless.’”

This consistent emphasis on the priority of the poor over the rich has extended into the modern era, as well. Pope Paul VI, in his apostolic letter Octogesima Adveniens, notes that “in teaching us charity, the Gospel instructs us in the preferential respect due to the poor and the special situation they have in society: the more fortunate should renounce some of their rights so as to place their goods more generously at the service of others.” In Centesimus Annus, Blessed John Paul II writes, “Love for others, and in the first place love for the poor, in whom the Church sees Christ himself, is made concrete in the promotion of justice.” In Deus Caritas Est, Pope Emeritus Benedict XVI likewise promoted the priority of the poor, and connected it with political action: “Charity must animate the entire lives of the lay faithful and therefore also their political activity, lived as social charity … The Church cannot and must not take upon herself the political battle to bring about the most just society possible. She cannot and must not replace the State. Yet, at the same time, she cannot and must not remain on the sidelines in the fight for justice.” And of course Pope Francis has crystallized the Christian “preferential option for the poor” in his wish for “a Church that is poor and for the poor.”

So, we return to my friend Trish’s original question, “Does God love the poor more than he loves the rich?” You might be surprised that the answer I gave was a resounding “NO!” God loves Bill Gates or Donald Trump every bit as much as he loves you or me or the lowliest beggar in the streets of Calcutta. The love of God extends to everyone, regardless of his station in life or the size of his investment portfolio. Moreover, God’s love is both unconditional and inexhaustible. Nothing we do and no matter how often we do it “can separate us from the love of God which is in Christ Jesus” (Romans 8). That promise belongs to the wealthy and the poor alike.

The Church’s “preferential option for the poor” isn’t about God loving this individual person over that one. No, the option for the poor is about providing a counterweight to the inordinate prestige and privilege our fallen world confers on the wealthy and powerful. It is a call to justice, which in the biblical tradition implies the restoration of balance and equity in the relationships between individuals and among social classes. The option for the poor reminds the wealthy that the goods they possess are not ends in themselves, but means for promoting the common good, including the amelioration of poverty. And since both wealth and poverty are relative terms, the option for the poor is a demand that each of us, whatever our net worth, be of service to those in need.

Structurally, the poor share an intimate identity with Christ that demands our special solicitude, service, and love. It can be hard work. The poor are not always victims of others; often they are victims of their own undisciplined appetites. The poor, like the rest of us, are not generally noble. Many wouldn’t give you the shirt off their backs, but they might take yours. Still, we are called to love and serve them, not because they are lovable, but because they are our brothers and sisters, and because in their suffering – even self-inflicted – they are Christ. Jesus does not say, “I was legal, and you clothed me,” or “I was sober, and you fed me,” or “I thanked you profusely when you gave me something to drink.” Our responsibility to the poor is defined not by whether they make us comfortable, whether we see the logic of it, but by their need. After all, “God commends his love toward us, in that, while we were yet sinners, Christ died for us” (Romans 5). We were loved unconditionally before we “deserved” it, and we are called to do the same. 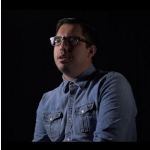 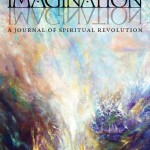 July 31, 2017 Jesus the Imagination
Recent Comments
0 | Leave a Comment
Browse Our Archives
get the latest from
Catholic
Sign up for our newsletter
POPULAR AT PATHEOS Catholic
1