How to Understand the Great Silence We’re In

How to Understand the Great Silence We’re In April 13, 2020 Elias Crim

The unimaginable has occurred. Not only in the form of a deadly virus sweeping the planet. But also as a Great Silence that has, for a time at least, settled over the cities.

For anyone who has learned to hear “the cry of the earth,” as theologian Leonardo Boff calls it, the coronavirus tragedy arrives with an unexpected dimension: a glimpse of another way of life, a kind of dream interval. We are all, in a way, Thoreau self-isolating in his cabin, with time for reflection.

It is not only that smog has lifted over Los Angeles, Tokyo, and everywhere else or that power usage is markedly down. In Punjab, India, one can see the mountain range of the Himalayas again in the distance. In our city parks, people are noticing the sound of birdcalls once again. The story of dolphins appearing in the newly blue-green canals of Venice is apparently an urban myth but, as the Italians say, Se non é vero, é ben travato (“If it’s not true, it should be.”) Seismologists are noticing that the drop in detectable noise in the earth’s crust is very noticeable, for both surface traffic and ocean traffic.

While humans are in a great pause, nature is taking a breath. Amidst great human suffering, with no discernible end in sight, we find ourselves — both the religious and those not — not merely in isolation but in something like an enforced silent retreat.

Theological interpretations of events is a dicey business, of course. And yet how can we interpret this unfathomable irruption of the natural into the busy man-made economy? I offer two brief suggestions, two metaphorical options for understanding this silence.

One approach — especially for those who imagine themselves as practical-minded, etc. — is to take this moment as a glimpse of Eden, especially if anyone still harbors skepticism about the gravity of the climate crisis. Some have argued it’s simply an impossible dream to think of a world in which nature could not only return but be restored.

But for the moment, the gift of such a world has arrived, and somehow we are now, miraculously, living within it.

The other approach — for the despairing greens among us — is to understand this moment as a glimpse of utopia (or better, eutopia *), especially if the events of recent years have damaged our ability to imagine new social realities.

Undeniably, this crisis is a dire warning about our lack of preparation and foresight in so many things. We are already hearing the cries urging us to go back to the Old Normal, the one that led up to these multiple catastrophes in the first place.

Our ability to withstand these powerful ideological forces may depend on the strength we’ve drawn during this moment of nature’s “reset.” Let’s use this time of silence well.

*Eutopia, a place of ideal well-being, as a practical aspiration — compared with utopia as an impossible concept.
(Oxford English Dictionary, 2nd edition, 1989) 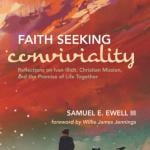 May 4, 2020 Shalom versus Pax: On Recovering Ivan Illich
Recent Comments
0 | Leave a Comment
"The silence and clean air are pleasant reminders of what we have lost..Press the reset ..."
Ron Krumpos How to Understand the Great Silence ..."
"Thankfully your generation will die soon"
Rainbow Warrior Where Are the Churches?
"Then, how come the ones that speak up, all condemn facemasks and receiving communion by ..."
Daddy Sockdragger Where Are the Churches?
"Baby boomer Catholics like me just wish black people would go away"
RPlavo . Where Are the Churches?
Browse Our Archives
get the latest from
The Dorothy Option
Sign up for our newsletter
POPULAR AT PATHEOS Catholic
1