Lights Coming Back on in Gary

Lights Coming Back on in Gary November 21, 2016 Elias Crim 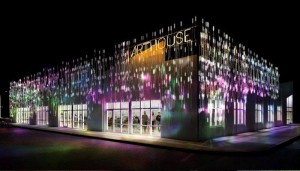 I knew my involvement in civic matters in northwest Indiana would eventually take me to Gary, about 25 miles from my town of Valparaiso. As I’ve driven along Interstate 90 heading to and from Chicago, I’ve often peered down from the expressway into the city’s empty streets and dilapidated neighborhoods. For many long-time residents of the area, the town’s very name is an epithet for a landscape of failure and fear where it’s thought that no one stays who can find a way to leave. I admit I have not been in a hurry to visit the place but in recent months I’ve come to see it quite differently.

Gary was created as a kind of company town (U.S. Steel basically built the city out of dirt in 1906) and reached a population of almost 180,000 in 1960. Today the city (with a geographical area about the same size as downtown Boston’s) has just under 80,000 inhabitants and is about 85% African-American. The Gary Works steel plant went from a peak of 25,000 employees to today’s 5,000. Approximately one-third of the city’s housing stock today stands empty and Gary’s public schools have slowly been closing for a number of years.
And yet. The city has an energetic and popular mayor, Karen Freeman-Williams (Harvard Law grad, former attorney general of Indiana). It has an artsy neighborhood called Miller with the obligatory brewpub, a gallery and some nice restaurants. And it has—if it can find more ways to leverage the asset—Lake Michigan.
The friends of a revitalized Gary include the PlaceLab at the University of Chicago, where social practice artist Theaster Gates is deploying a substantial Bloomberg Philanthropies grant to create ArtHouse, “a social kitchen” in downtown Gary. The grand opening was last weekend and an artsy, mostly African-American crowd of 200 listened to Gates, Mayor Karen (as everyone calls her) and the architects talking about why social practice art (you need to know what this is if you don’t already) can achieve placemaking—even in Gary.

I hope that’s so, as I’m bought in. I want our civic incubator, the C-Lab, to host community microfunding dinners (called SOUPs) at ArtHouse. And I’ve met several great Gary people just networking around this project.
But there’s more. The Diocese of Gary got a new leader, Bishop Don Hying, about a year ago. He has a very genial manner and spent his first two or three months personally visiting every one of his 70-plus parishes. I gradually figured out he was a radical in a Boy Scout uniform, so to speak.
Now he’s leading a discussion group (held at the rectory of the cathedral in Gary, where he lives) on Dorothy Day and the Catholic Worker movement with the aim of collaborating on a Catholic Worker house somewhere in town. Note the term “collaborating”: the Diocese of Gary will not be officially sponsoring the house—such an arrangement would probably not be feasible for various reasons—but Bishop Hying does want to help make this happen for Gary. And we’ve got supporters chiming in from Chicago, South Bend, and elsewhere.
Some of our Catholic Worker team think we should publish a blog about the process of creating a CW house, as we consider all the different dimensions to this kind of project. If we go ahead with the blog, maybe we’ll cross-post some things here. 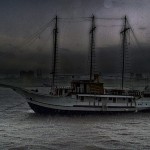 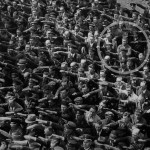 November 22, 2016 Blessed Are the Dissidents
Recent Comments
0 | Leave a Comment
Browse Our Archives
get the latest from
The Dorothy Option
Sign up for our newsletter
POPULAR AT PATHEOS Catholic
1