The Father of Catholic Social Teaching

“Charity is the Samaritan who pours oil on the wounds of the traveler who has been attacked. It is justice’s role to prevent the attack.” – Blessed Frederic Ozanam

During the June Rebellion of 1832 in Paris, memorialized in Victor Hugo’s novel “Les Miserables,” many of the insurgents were students from the Sorbonne, still a college within the University of Paris system.  In the rebellion, some 93 insurgents were killed, along with 75 members of the army and national guard. As one would expect, when classes resumed at the Sorbonne that year, there were symposia and colloquies examining the conflict, it’s origins, and likely long-term impact.

At that time, a young law student named Frederic Ozanam was one of the organizers of a discussion and research group called the Conference of History. Frederic and friends were Catholics, concerned with developments in France since the Revolution. At one debate in the semester following the June Rebellion they were challenged by a Socialist student. “You are right Ozanam when you speak of the past,” he said. “In former times Christianity worked wonders, but what is it doing for mankind now? And you, who pride yourself on your Catholicism, what are you doing now for the poor? Show us your works”

Frederic and his companions had to concede the point: the Church in France had for too long been a tool of worldly power. They determined to change things by putting themselves on the front line of serving the poor. By the spring of 1833, the Conference of History had become the Conference of Charity, and later the Society of St. Vincent de Paul, named for the 17th Century “Apostle to the Poor.” The movement quickly spread throughout Europe and within 15 years had reached the United States.

Frederic died in 1853 at the age of 40, but the last years of his short life were spent teaching at the Sorbonne, building up the Society, and developing a practical theology of social justice that has been acknowledged as a precursor to the modern body of Catholic Social Teaching. Embedded in Ozanam’s work were now-common – and commonly accepted – notions of a just wage, the dignity of work, and the rights of workers. In his homily given at the beatification of Ozanam in 1997, Pope St. John Paul II said of him,

“He observed the real situation of the poor and sought to be more and more effective in helping them in their human development. He understood that charity must lead to efforts to remedy injustice. Charity and justice go together. He had the clear-sighted courage to seek a front-line social and political commitment in a troubled time in the life of his country, for no society can accept indigence as if it were a simple fatality without damaging its honour. So it is that we can see in him a precursor of the social doctrine of the Church which Pope Leo XXIII would develop some years later in the Encyclical Rerum Novarum.

Indeed, to read Ozanam today is to be struck by the similarities between the conditions in post-revolutionary France and those of our own time. Consider the following, from a letter to a friend in 1838. It could have been written last week during a debate over income and asset inequality.

The question which divides men in our day is no longer a question of political forms, it is a social question—that of deciding whether the spirit of egotism or the spirit of sacrifice is to carry the day; whether society is to be a huge traffic for the benefit of the strongest, or the consecration of each for the benefit of all, and above all for the protection of the weak. There are many who already have too much, and who wish to possess still more; there are a greater number who have not enough, and who want to seize it if it is not given to them. Between these two classes of men a struggle is imminent, and it threatens to be terrible—on one side the power of gold, on the other the power of despair. It is between these two opposing armies that we must insert ourselves.

But Frederic was no mere theorist. He prioritized the practice of the works of mercy ahead of anything else. And he understood that what people need most of all is dignity and acceptance. “Be kind and love,” he wrote. “For love is your first gift to the poor. They will appreciate your kindness and your love more than anything else you can bring them.” Frederic understood that, in the words of Joseph Cardinal Ratzinger, “love without truth is blind and truth without love is empty.” He wrote that “Knowledge of the poor and needy is not gained by pouring over books or in discussions with politicians, but by visiting the slums where they live, sitting by the bedside of the dying, feeling the cold they feel and learning from their lips the causes of their woes.”

And so “Let us go to the poor!” became the rallying cry of the the fledgling movement. And they did. With the help of Blessed Rosalie Rendu, a Daughter of Charity, Frederic and his friends served the needy in the Mouffetard District, a vast slum in the heart of the French capitol. It was through that service that Frederic developed what I would call a “spirituality of social justice.” It is that spirituality that keeps us from becoming mere do-gooders or, worse, social service bureaucrats. It is that spirituality that preserves us as servants, not just of Christ, but of Christ in the poor. This spirituality was succinctly described by Frederic in a letter to a friend near the end of his life:

The earth has become a chilly place.  It is up to us Catholics to rekindle the flame of human warmth which is going out.  It is up to us to recommence the great work of regeneration even if it means another era of martyrs.  Can we remain passive in the midst of a world which is suffering and groaning?  And as for us, my dear friend, are we going to make no attempt to be like those saints whom we love?  If we do not know how to love God, for it seems that we need to see in order to love and we can only see God with the eyes of faith, and our faith is so weak!  But men, the poor, we see them with our eyes of flesh!  They are there before us and we can place our finger and hand in their wounds and the marks of the Crown of Thorns are visible on their foreheads.  Thus there is no possible room for unbelief and we should fall at their feet and say to them with the apostle: “My Lord and my God.  You are our master and we will be your servants.  You are for us the sacred image of the God that we cannot see.  Since we know not how to love him otherwise, we will love him in your person.” 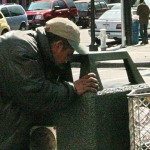 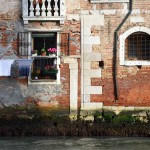