The Importance of Slow Architecture

I’ve not been to Las Vegas since my high school Latin group stopped there briefly on the way back from the Junior Classical League convention up in Bozeman. But I take it the new resorts look much more glamorous than their original models in Europe, Egypt, wherever. For some tastes, Paris in Nevada trumps (forgive me) Paris in France, even at 50% scale.

It’s been remarked that theme parks can offer a kind of childlike introduction to a more grownup understanding of civic beauty, of an authentic urbanism that honors the human person and human scale. Urbanists have always found the Disney parks simultaneously awful and yet enormously instructive as cultural pointers toward a more organic kind of town planning.

This wider understanding is what rescues us from confusion over what constitutes various misguided attempts at “Catholic” architecture and city planning. (It is enough here merely to mention the planned community of Ave Maria, Florida.)

One architect who has written especially well on questions of sacred architecture, sacred space and urbanism is Philip Bess, whose Till We Have Built Jerusalem remains one of the best explications of how natural law underpins the great Western traditions of building, including those of Catholic architecture.

In some ways I can see this Aristotelian, natural law basis for the human habitat behind the work of the dizzying Nassim Taleb, author of the Black Swan and Antifragile. In his extraordinary broadside against system-building and our accompanying hubris about it, Taleb is arguing for human scale approach of the kind that gradually created a city dear to his memories, Beirut. Only by working in small, incremental steps, he argues–i.e., not through huge “planned” endeavors–can we avoid more of the fragile (meaning, systemically unstable), unsustainable building of the kind we created after 1945. (Taleb’s work is about much more than architecture, I hasten to add.)

I’ve come to think any true Catholic architecture must fall into the category of “slow architecture,” in order that it display the patina of constant interaction with the human person and the community. When and if we finally build the new Jerusalem, that’s how it must look.

April 29, 2016
The Father of Catholic Social Teaching
Next Post 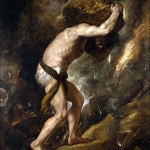