The Strange Death and Life of the Pact of the Catacombs

I’m fascinated by the story of the once-secret “Pact of the Catacombs” and its role in the post-Vatican II shift in the Church toward a “preferential option for the poor.” It makes a good starting point for the series of posts I want to publish here briefly outlining the rise of liberation theology in the Latin American Church leading up to next week’s launch of the possibly epochal Amazonian synod (October 6–27).

On the evening of November 16, 1965, shortly before the end of the Second Vatican Council in Rome, a group of some 40 bishops — most of them Latin Americans, including Dom Helder Camara — responded to a word-of-mouth invitation to a special Mass in the ancient, underground basilica in the Catacombs of Domitilla, on the outskirts of the city.

The very location, a chapel above 10 miles of tunnels holding the tombs of thousands of early believers, signified the group’s hope of invoking the spiritual ethos of the early Church, i.e., a radical regrounding. (We should note, contrary to some popular notions, that the Roman catacombs were not places of refuge: the imperial authorities knew perfectly well of their existence and their use by the Christian community as cemeteries, especially for martyrs.)

After a liturgy amidst the dim light of this vaulted fourth-century chamber, each of the bishops came up to the altar and signed his name to a document indicating a commitment to 13 points, in order to build “a church of the poor,” just as Pope John XXIII had called for at the outset of the Council.

The manifesto pledged that the signatories would “try to live according to the ordinary manner of our people in all that concerns housing, food, means of transport. … We renounce forever the appearance and the substance of wealth, especially in clothing … and symbols made of precious metals.” The other commitments include owning no possessions or bank accounts in the clerics’ own names, asking lay persons to handle all financial matters in their dioceses, using no other title than “Father,” giving whatever time is needed to the apostolic and pastoral service of workers and labor groups, and more.

And here’s the strange — or perhaps not so strange — part. The Pact seems to have effectively disappeared over the subsequent years. Not only did the original document vanish but the rising Cold War tensions seemed to discourage any displays of radical or “communist-leaning” behavior. Only in Latin America did it seem to survive although mostly invisibly, as a growing number of bishops — perhaps as many as 500 — eventually added their names. (One of those was Salvadoran Archbishop Oscar Romero, gunned down by military-backed assassins for speaking out for human rights and on behalf of the poor — in effect, for preaching the Pact of the Catacombs. Romero was never much taken by liberation theology but the murder of his Jesuit friend, Rutilio Grande, effectively radicalized him nonetheless and led to his recognition as a kind of de facto supporter of the movement.)

Another spur to the ideas captured in the Pact was the famous Medellín conference (1968) of the Latin American bishops, at which the preferential option for the poor — arguably the great insight of the Latin American Church — was vigorously restated. On a continent where military dictatorships were predominant during these decades, it can also be argued that it was precisely the harsh local conditions of domination that fostered resistance and liberation movements. Liberation theology and military dictatorships, historically, have gone together.

By the time we reach the momentous Aparecida Conference in 2007, we find Cardinal Bergoglio as the key figure in formulating a new “theology of the people,” one which aimed to liberate, not through doctrinaire Marxist notions, but through a social justice admixed with popular religiosity and a sensitivity to local cultures. And as pope, Francis has frequently used the language and principles of the Catacombs Pact, wishing for “a poor church, for the poor” as he avoids the perks of his office to take up residence in the Vatican guesthouse rather than the apostolic palace. He has picked up and urged the ideal of bishops who live simply and humbly, as well as pastors who “have the smell of the sheep.”

Among others, Cardinal Walter Kasper has noted in his book on the thought and theology of the pope that Francis’ program “is to a high degree what the Catacombs Pact was,” including its distinctive and strongly anti-clericalist faith in the piety and culture of ordinary, faithful people.

To give a whiff of the brimstone already burning before the Amazonian Synod even opens, here’s a paranoid quote from a group called Tradition in Action re: the Pact of the Catacombs and its “communist demands”:

As the miserablist line of Pope Francis’ pontificate becomes increasingly clear with the installation by the way of facts of his “Poor Church & Church of the Poor,” we see bolder initiatives praising the total divestment of the Church from her traditions and goods multiplying.

Among them are those exalting the Pact of the Catacombs, a semi-secret settlement made by many Bishops during Vatican II to strip the Church of her temporal goods. 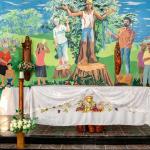 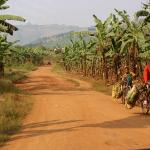