Survival of any organization—both religious and secular—depends on the recruitment of followers and prospective leaders. This is what Jesus did when he began his mission in Galilee. Right at the beginning of his ministry, “Come and Follow Me” was his catchphrase. Ultimately, his invitation was adhered to and people took it upon themselves as a vocation to follow him.

It is true that today there is an abundance of vocations in Africa. Many international congregations such as the Salesians of Don Bosco, Society of Jesus, Holy Cross, Franciscans and several others have put up huge structures to cater for the growing number of their candidates. There is a shift from the northern hemisphere to the southern hemisphere regarding recruiting vocations in the Church.

In speaking about the rise of vocations, Pope Benedict XVI once said, “Africa is the spiritual lungs of the world” and he also cautioned that Africa could suffer from the “viral infections” of materialism, atheism and relativism. The retired Pontiff continued, “The church must know how to form people to be able to ride what I may call the crest, the wave of huge exponential evangelization … but at the same time how to help forestall whatever could be the pitfalls” of what the pope called “the toxic waste from the West and at the same time the fundamentalist extreme.”

In today’s world, thanks to the media, movements of people, and economic progress, every part of the world influences the other. A globalized world tends to create “common trends.”

A Catholic country like Ireland that contributed a big share of missionaries to the whole world, today finds it difficult to staff their own parishes. Recently, at an ordination ceremony, Bishop Denis Nulty of Kildare and Leighlin invited priests from Romania, India, and Sri Lanka to serve in Ireland.

It is in stark contrast to the rise of vocations in most dioceses of Africa, particularly in East Africa. Almost all the dioceses register ordinations every year and it is growing. But at this juncture we need to ask, “What about quality?” A provincial superior of a congregation recently wrote in a report, “In Europe there is a crisis of vocations; in Africa there are crisis vocations.” It is a truth told in a joke.

Sr. Lilly Mary Driciru, the former Vocation Director for her congregation said, “it is difficult to know who is called, and who is not called, everyone pushes themselves into religious life. I have seen many young women entering religious life after failed relationships and failed in meeting their financial demands,” and she continues, “Still many others are finding out what to do with their lives, they are all at their crossroads.”

Surely, finding no way out in the world is not a reason for entering religious life. Failed life choices should not become a cause for choosing priestly or consecrated life. Sr. Lilly advocates enough time to be given to vocation animation both for vocation promoters as well as for those wishing to join religious life.

Vocation Directors of various congregations express similar thoughts, ‘Religious congregations should take vocation promotion as an integral apostolate of their congregations. It is not just a matter of helping themselves with vocations, but it is a service to the faith community and the whole church. A congregation that attaches this ministry to a member as merely an additional work or a part-time job is doing disservice to their societies and to the entire Church. Probably they also do harm to individual vocation. As ministers of the Church, we ought to remember that every vocation is a precious gift from God and treated as such.

Priests who are involved in pastoral work in the poor villages often encounter interested and worthy young people who can be prospective candidates for religious life. But due to various harsh circumstances such as low school grades and inability in meeting high costs of religious/seminary formation, they are left out in the process. Solutions to such problems are not always easy. It is a fact that only a boy from an upper middle class or from a well to do family can afford minor seminary fees.

In the Ugandan situation of today, good schools that produce good academic results are always expensive and they are accessible only to the richer class of people. In this circumstance, is it possible for a poor boy to realize his childhood dream of becoming a priest? The solution is to study the individual cases and prudently overlook some of these factors. Experiences teach us that with proper assistance, some academically poor candidates have excelled in the major seminaries. As candidates from rural areas have started schooling late, the age-factor could also become a problem. It is also important to pay attention to such youngsters who could be older than those coming from urban settings.

Surely grades and fees dictate vocation promotion in Uganda today. At the end of the day the Church can end up producing religious priests with an elite mind set, who will portray a distorted face of the church to the world. It is wrong to think that young people from poor backgrounds become a burden to the congregations and they are potential problems in the future. Having a diocesan or congregational fund for poorer students could be a good solution and pastoral agents from rural settings could assist in the discernment process.

Fr. Romano Dada, the Vocation Director of the Comboni Missionaries looks at the picture in a wider angle. He said, “Unless the church takes up the pastoral work seriously good vocations are not possible. It is only through examples of holy lives we get vocations. … Unless we evangelize the family, we cannot harvest vocations…family prayer and examples from parents are the foundation for vocations.”

In the current social situation—saturated by issues of pornography, homosexuality, pre-marital and casual sex—it is a big challenge in recruiting vocations free of emotional and moral glitches. In today’s African situation, it is rather difficult to see Catholic families free of social ills such as cohabitation, polygamy, marital separation and related social ills. These issues affect the prospective candidates however motivated they are. They undergo self-guilt and anxiety often caused by their family situation. These ills can be solved only by prudent counseling by experienced formation personnel.

Unless these issues are settled prayerfully and prudently, the candidates will continue to live with these problems which can affect their pastoral ministry, prayer life, and their personal and moral lifestyle. Vocations can be harvested through “Post-Confirmation Catechesis” for young people where they learn more about sacraments, especially Sacraments of Service—Matrimony and Holy Orders; this helps them to deeply live the gospel, as taught by the Church. Surely the radical living of the Gospel will be the seedbed of vocations in the Church.

About Fr. Lazar Arasu
Fr. Lazar Arasu is a Salesian missionary who has worked in Uganda and other East African countries for over 30 years. Originally from Tamil Nadu, South India, he has been founding and managing schools for over 20 years in Uganda. Currently he works in a large refugee camp close to South Sudan, a challenging ministry in Africa. You can read more about the author here.
Previous Post 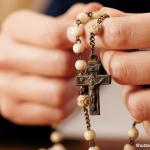 October 28, 2021 10 Best Audiobooks on Catholicism (2021)
Browse Our Archives
Related posts from The Font 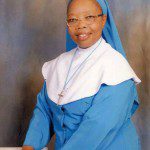 Catholic
Sister Juliet: Love Amidst the Clutter
The Font 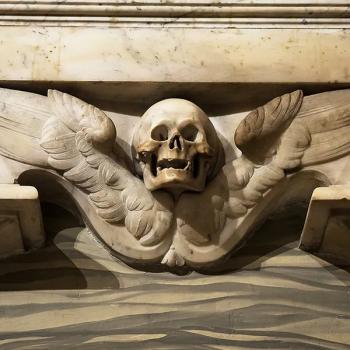