THE owners of a Christian reform school in southwest Missouri have been charged with over 100 counts of abusing girls in their care.

The Kansas City Star reports that Boyd and Stephanie Householder, above, who owned Circle of Hope Girls Ranch in Cedar County until it closed in last September, have been charged with 102 crimes – all but one are felonies – that include statutory rape, sodomy and physical abuse.

One count of second-degree child molestation is a misdemeanor.

Stephanie Householder, 55, was charged with 22 felonies, including 12 counts of abuse or neglect of a child and 10 counts of endangering the welfare of a child. She’s accused of using duct tape to bind the wrists of a student.

There are no words that I can say here today to describe the mix of great sadness, horror, disgust and sympathy that I feel about these reports of cruel and almost unbelievable abuse and neglect. We intend to do everything within the power of this office to get justice for the 16 victims we’ve identified so far, and their families, and pursue truth and justice vigorously through our courts.

The charges detail multiple incidents of oral and sexual intercourse with a victim under the age of 17 and several instances in which Boyd Householder allegedly placed his finger in the victim’s vagina.

Boyd Householder also stands accused of slamming girls’ heads or bodies against walls, slapping  or striking them with his hands, a belt or other objects, shoving one girl’s face into horse manure, and pouring hot sauce down a girl’s throat.

In another incident, he is accused of forcing a girl to drink at least 220 ounces of water, run a mile until she vomited and then run again. And another count says Boyd Householder told several girls that the best way to commit suicide was “by cutting your wrists upwards, not across.”

Stephanie Householder is accused of criminal negligence in a manner that “created a substantial risk to the life, body and health” of one former student. She restrained the girl in a secluded room with no light or sound for an extended period of time on more than one occasion, documents said.

The Householders’ daughter, Amanda Householder, right, who led the effort to shut down Circle of Hope and has called for an investigation into abuse there and at other Missouri boarding schools, said the charges against her parents were “bittersweet.”

It didn’t really hit me until I saw their mug shots. I don’t want my parents to go to jail. That’s something that I never wanted. But I’m happy they’re being held accountable.

Missouri currently has no oversight of Christian reform schools, which has allowed abuse and neglect to go unchecked for decades.

The Householders closed the boarding school shortly after authorities removed about two dozen girls in mid-August amid an investigation by the Cedar County Sheriff’s Office.

In a nearly two-hour phone interview with The Star in September, Boyd and Stephanie Householder said the allegations of physical, sexual and emotional abuse were all lies, the machination of their estranged, troubled daughter and a group of girls whose lives didn’t turn out the way they wanted after they left the ranch.

This is the girls’ revenge, the Householders said, their plan to ruin the couple’s lives and shut them down.

They’re angry and they’re bitter, and they want to blame somebody. They feel like they’re victims, and they just want to take their anger out on somebody.

Before opening Circle of Hope in 2006, the Householders lived in nearby Stockton, where Boyd Householder worked at Agape Boarding School, a Christian home for troubled boys.

Schmitt said the investigation is ongoing and that the AG’s office is working to identify and contact other victims. He urged anyone who has any information related to the alleged abuse at Circle of Hope Girls Ranch to contact his office. 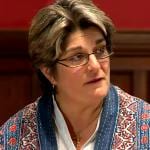 March 11, 2021
Both sides in 'gay cure' debate accuse each other of ignorance
Next Post 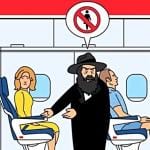