Pope Francis Endorses Exorcism as Tool for Combating the Devil 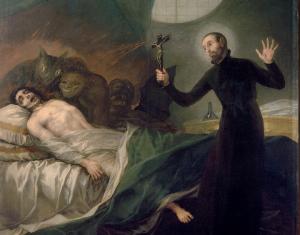 For those of us who’ve been closely following Pope Francis’s spirited papacy, his latest endorsement of exorcism as a powerful spiritual tool for combating the Devil and his minions comes as no surprise. Just a few months into his pioneering pontificate, in 2013, the Argentine pope performed an informal exorcism, known as a prayer of deliverance from evil, on a young man in a wheel chair. The Mexican priest who brought the afflicted young man to Rome presented him to the pope as demon-possessed. Having observed hundreds of such exorcisms during the course of my two decades of research in Latin America, I recognized his firm and determined laying of both hands on the head of the tormented parishioner as strong evidence of the pontiff having performed an informal exorcism in the form of a deliverance prayer.

While the first Latin American pope references Satan on an almost weekly basis, today he went further, endorsing exorcism, which is accessed through the sacrament of baptism, as a potent weapon for doing battle against the Enemy and his legions. Speaking in St. Peter’s Square the charismatic Francis stated, ‘We know from experience that the Christian life is always prone to temptation, especially to the temptation to separate from God, from his will, from communion with him, to fall back into the webs of worldly seductions’ Continuing he said, ‘And baptism prepares and strengthens us for this daily struggle, including the fight against the devil who, as St. Peter says, like a lion, tries to devour and destroy us.’ He warned that baptism ‘is not a magic formula but a gift from the Holy Spirit’ that empowers those who receive it ‘to fight against the spirit of evil.’ As an Argentine Catholic, Pope Francis subscribes to the widespread Latin American Christian belief in a literal Devil who sows discord and destruction in the world.  Furthermore the octogenarian pope’s savvy alignment of the Church’s goods and services with our high-tech zeitgeist is a brilliant strategy that features the use of new technologies, such as mobile phones, to deliver demons from a distance

Since the late 1980s, competition with Pentecostalism has led to the formation of a cadre of Latin American priests affiliated with the Catholic Charismatic Renewal (CCR) who specialize in “liberation” or exorcism ministries. Such is current parishioner demand for release from demonic possession that some priests, such as Brazilian Charismatic superstar Father Marcelo Rossi, even celebrate “liberation masses” (missas de libertação) on a weekly basis. Acknowledging his pastoral debt to Brazilian Pentecostal leader, Bishop Edir Macedo, whose Universal Church of the Kingdom of God brought exorcism to the fore of Spirit-centered Christianity in Latin America, Padre Marcelo stated in an interview that “it was Bishop Edir Macedo who woke us up. He got us up.”

Behind closed doors, CCR lay leaders, including many lay women, also practice unofficial exorcism on believers manifesting symptoms of satanic influence. Many bishops feel such unsanctioned exorcisms are a threat to their ecclesiastical authority and have issued statements denouncing the practice. In its official statement of approval of the CCR in 1986, the Guatemalan Episcopal Conference referred to “irregularities” with exorcisms and reminded Charismatics that the rite can only be performed by priests with proper episcopal consent. The same year, the bishop of the Mexican industrial city of Toluca also informed the CCR of the need for episcopal authorization of any exorcism taking place in his diocese. In one of the most extreme reactions to the practice of unauthorized exorcism, Archbishop Juan Sandoval of Guadalajara excommunicated several members of the Nueva Alianza (New Alliance) CCR covenant community for expelling demons without his approval and also on account of their “Protestant tendency,” which led them, according to the bishop, to ignore the role of the Virgin.

As the CCR has expanded among the Latin American working classes, demand for physical healing and exorcism has become much greater than in the past.  Many impoverished urban Catholics, like their Pentecostal counterparts, seek divine resolution of their poverty-related afflictions. Thus, grassroots Charismatics typically implore the Holy Spirit to empower them to overcome such afflictions as alcoholism, unemployment, physical illness, domestic strife and demonic oppression, the latter of which in Brazil and much of the Caribbean often takes the form of possession by the exús, or liminal trickster spirits of Candomble, Umbanda and other African diasporic religions. In Mexico, it is increasingly the spirit of Santa Muerte that is being expelled from possessed parishioners.

In Africa spirits once turned to for spiritual aid have since the advent of Christianity been transmogrified into demonic figures that must be exsufflated.  Like Pope Francis, Catholic Charismatics are very focused on the role of the Devil and see his hand in such “vices” as soap operas and drinking. Even if the Pope has touted text messages and social media as gifts from God, for some African Catholic Charismatics social media is a satanic force through which diabolical forces may enter one’s soul.  Exorcism in the CCR, however, has not developed to the point that it has in the Universal Church of the Kingdom of God and other NeoPentecostal denominations where the demons (in the form of Umbanda or Candomble spirits) are actually invoked to then be expelled in dramatic fashion by combative pastors.

Spiritual warfare has long been at the forefront of Christian praxis. Upon colonial contact with the new world,  missionaries took their combat to another level as they attempted to oust the spirits of indigenous religions, disparaging these as satanic and installing the Christian God as a means to overcome the evils of autochthonous supernatural forces. In the 21st century we are witnessing yet another metamorphosis in mushrooming spiritual warfare. Not only has the Vatican asserted that Christians are increasingly at risk from diabolic forces, as the internet has enabled Satan to sow evil in the souls of cybersurfers as they gain access to information on black magic and the occult but concomitantly exorcisms have morphed to mesh with modern day technologies.

The Catholic Church is taking full advantage of our high-tech age to endorse cutting edge methods for demonic deliverance. At a recent Exorcism workshop organized by the Vatican and held in Rome,  over 200 priests from 51 countries assembled to learn exorcism techniques. However the usual spiritual paraphernalia of holy water, Bible and crucifix was supplemented by a new addition: a cellphone. Cardinal Ernest Simoni of Albania outlined how he had performed exorcisms by reciting Latin prayers on a mobile to banish Satan remotely. The cardinal was not alone in his appropriation of mobile technology for this purpose and his public endorsement of this modus operandi at the workshop entails we may be seeing far more exorcisms conducted this way in the years to come. It seems as though the Catholic Church has determined it should not only be God who is omnipresent but his clergy too, as they conduct exorcisms via remote control.

As shocking as it may be to some observers and Catholics in the Global North, Pope Francis’s endorsement of exorcism and even performance of an informal one neatly captures the rise of the Christian Global South, where prayers for deliverance from evil are common Catholic and Pentecostal currency. It would appear that the first pope from the Global South has not only opted for the poor but also has adopted a preferential option for the Spirit. 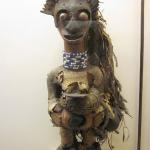 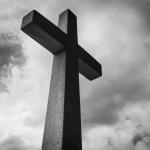 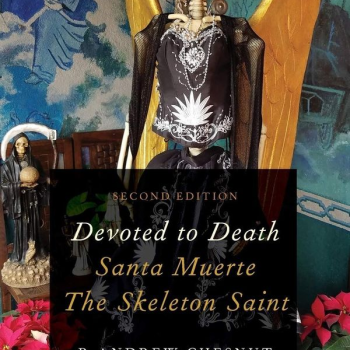