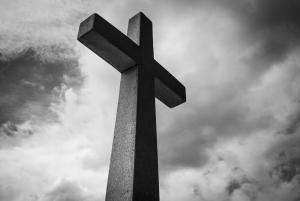 Many assumed that a Latin American pope would entail more support within his home region and ensure the future of the Catholic Church there, but this presumption has proved erroneous. Phineas T. Barnum, a 19th century showman,  enounced there is ‘no such thing as bad publicity’. Unfortunately this adage has not proved a truism when it comes to the Catholic Church. In an era of mass media, technology has been both a friend and a foe for the Church. What in the past were once rumours or could be controverted as calumnies, have with the advent of the internet and hypercommunications come to comprise front page news stories. The inept and often corrupt handling of sex abuse scandals have tarnished the Church’s reputation, especially among Latin American Millennials who are becoming Religious Nones at unprecedented rates.

Many Latin Americans, especially Millennials, have lost faith in the Church, even if their parents and grandparents have not. As Carla, a 29 year old Ecuadorian described, ‘everybody knows that the Catholic Church cannot be trusted and that some of the clergy are guilty of paedophilia. You see it in the news all the time. I still believe in God but I do not go to church anymore as I just cannot respect the priests and pope after everything I have heard and seen. I pray in my house as does my sister and our children.’ Juan, a 23 year old from Venezuela agreed: ‘I will always believe in God as does my family, but the Catholic Church is just an institution to me now, nothing more and nothing less. Even if I don’t dislike the Pope I think he has done too little to address the many problems that plague the Church. Take Bishop Barros in Chile, for example. But my grandmother still goes to Church.’

Meanwhile Karina, 32 years old, from Colombia had a personal tale to share that added to the already extant outrage: ‘my sister told us not to attend Church anymore and even told my mother that she refused to attend after she heard from a girlfriend that our priest promised atonement and forgiveness for sinful female congregants if they performed sexual favours for him.’ Carlos, 21 also from Colombia, thought that the Church had tried too long to hide its malfeasance rather than addressing it, ‘My parents still go to church but I don’t, I think the pope should do something about it instead of always hiding and denying allegations. There is too much sin within the Church. I can’t listen to the clergy when so many are corrupt.’

Not just Speculation: Evidence of Sex, Lies and Peculation

The withering Catholic flock in Latin America is due in part to public knowledge of sex and lies which have tarnished its reputation. Parishioners refuse to condone such activities, especially due to the pope’s inability to rectify the situation despite pledges of a Zero Tolerance policy of sexual abuse. In the past few years we have witnessed reports of paedophilia, such as that of Bishop Barros a Chilean priest accused of molesting minors, admission of rampant corruption and a refusal to admit knowledge of crimes which has been perceived as both mendacious and as a tacit endorsement for nefarious activity. Most of the young Latin Americans we interviewed did not display animus toward the pope, nevertheless they lambasted him for being ineffectual in eviscerating the Church apparatus of degenerate and corrupt clergy. Even if their parents and grandparents still went to church regularly and held the pope in high regard, they preferred to pray in the privacy of their homes and refused to be dictated to by what they considered as an institution riddled with corruption.

Since the future of the Church lies in the hands of the younger generations, we suggest that the first Latin American pontiff and his sexual abuse commission do their utmost to show these disillusioned youngsters that the Church is changing its ways and practicing what it preaches by publicly exscinding transgressors and putting perceptible and quantifiable measures in place to prevent future offenses. It may require a radical overhaul but perhaps the Church should take a page out of their own book, as written in James 2:18 ‘Show me your faith apart from your works, and I will show you my faith by my works.’

*Dr. Kate Kingsbury obtained her doctorate in anthropology at the University of Oxford, where she also did her Mphil. Dr. Kingsbury is a polyglot fluent in English, French, Spanish. She is a polymath interested in exploring the intersections between anthropology, religious studies, philosophy, psychology, sociology and critical theory. Dr. Kingsbury is Adjunct Professor at the University of Alberta, Canada. She is fascinated by religious phenomena, not only in terms of their continuity across the Holocene and into the Anthropocene but equally interested in the changes wrought to praxis and belief by humans ensuring the infinite esemplasticity that is inherent to all religions, allowing for their inception, survival, alteration, regeneration and expansion across time and space. Dr. Kingsbury is a staunch believer in equal rights and the power of education to ameliorate global disparities. She also works pro bono for a non profit organisation that aims to empower and educate girls in Uganda. Follow Dr. Kingsbury on Twitter

About Andrew Chesnut and Kate Kingsbury
You can read more about the author here.
Previous Post 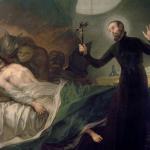 April 27, 2018
Pope Francis Endorses Exorcism as Tool for Combating the Devil
Next Post 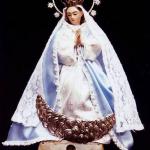 May 9, 2018 Our Lady of the Bullet as Flak Jacket for Femicide
Recent Comments
0 | Leave a Comment
"Dirt cheap labor???? You meant free labor right? I expected nothing less from your kind!!! ..."
stol3nafrikan How the Polish Black Madonna Became ..."
"Well, people who leave the Church often say it’s because they weren’t being fed The ..."
RPlavo . Catholic Decline Continues in Latin America ..."
"Fine artcile, but the title is Quite misleading,,, implying that the blame for Catholicism's decline ..."
Doug Thatcher Catholic Decline Continues in Latin America ..."
"And this, is the cousin of Pachamama."
Mamas kid Death on the Road – A ..."
Browse Our Archives
Related posts from The Global Catholic Review