First, let’s just be clear: I’m not saying it is impossible to do these things if you’re following Jesus.

But, I am saying that if you are doing these things you aren’t following Jesus while you do them – because they aren’t what Jesus would do.

Not all churches are doing these things, but there’s enough who are that it’s more than worth talking about.

Also, this is also not meant to be a complete list or even a “Top Ten” list. After all, I’ve already written a list of 10 other things (well, mostly other) the Church can’t do while following Jesus.

This is just a list of ten things that come to mind for me when I think about what the Church is doing that it seems to me Jesus wouldn’t care for very much.

Okay, if you read the first of these “10 Things The Church Can’t Do,” you caught me.

But, it’s that important.

If you say you love people – actually love them.

If you say you want to help people – actually help them.

If you say you want to follow the teachings of Jesus – pay close attention to this list.

For me, this one is unbelievably straightforward.

Sanctuary space is meant for signs, symbols and experiences which point us toward God.

A flag points us toward a government.

A government is not a god – at least, it’s not supposed to be.

Worse yet, a flag displayed in a space of worship seems to indicate a sense of “chosenness,” “specialness” – basically good old fashioned American exceptionalism.

But, God loves us all equally.

A flag in the sanctuary suggests that God loves some nations more than others.

And, that actually points us away from God.

Get the flag out of the sanctuary.

Put it on your truck, wear it on a shirt or hang it in your yard – but, unless you are going to display the flag of every nation on Earth in your sanctuary, you are creating a worship space that points away from God.

Having worked in quite a few churches, I can tell you, lot’s folks needing help come by frequently.

It’s hard to tell who really needs help and who doesn’t. And it can be a little bit overwhelming. Most churches just don’t have the resources to help everyone who comes by asking for help.

Again, having worked in quite a few churches, I can tell you, because of some of the stuff I just told you, there are lot of churches that just turn people away at the door.

What a terrible problem to have: People believing that a church might be the place to go when they are in need.

What a worse problem to have: Churches consistently turning people away at the door because “they might be pulling on over one us” or “we don’t have enough to help them and also help our own.”

Whatever the reasons, it’s a horrible problem to have: a church turning away those in need.

A congregations doesn’t need a wealth of resources to help a person in need. You could just help them find help.

That only costs time. You know, that stuff you kill waiting for 5 o’clock?

4) Narrowly define who is and who isn’t a Christian.

There are times when I wonder if the Church is more interested in defining who isn’t a Christian than in helping people actually follow the teachings of Jesus.

As organized denominations, we write books of rules defining what you can and can’t do, what you should and shouldn’t believe – basically, who’s in and who’s out.

Jesus took the opposite approach.

He was more interested in showing how the old law is made new when you realize the primary law is to love everybody.

He touched the untouchables and included the excluded.

It’s hard to understand how an institution that invests so much time and energy into defining who can label themselves “Christian” still believes it’s following the guy who shared meals with tax collectors and hung out with prostitutes.

It really makes no sense – so cut it out, okay?

This bothers me so much I even started a whole new series just to write about the issues of dogma where the church needs to loosen up a bit.

5) Define yourself more by what you’re are against than what you support.

One of the main reasons people are leaving the Church is because the Church seems to have become “anti” everything.

It’s not that the Church is really anti everything. It just seems like it.

It just seems like it because Christians and our ministers seem to be spending a whole lot of time judging other people for having the audacity not to be like us – and possibly more importantly: not to think like us.

Too many of us are anti anything that we are not or we can’t be.

Following Jesus is a lot more about love and inclusion than about judgement and exclusion.

Tell me what you love. Not what you abhor.

Better yet, take a cue from Jesus and learn to love more.

They just don’t matter the most.

If that change is upgrading to a safe ceiling from one that is caving in, maintaing is a good thing. But, if the change you are resisting is that of moving from “what we’ve always done” to something new – well, that’s not always good.

You might want to consider this a little more deeply and make sure that what you’re maintaining isn’t ultimately your continued decline.

If you believe that membership should have its privileges, you are looking for a country club, not a church.

If you believe you are owed something for the money you contribute, you are looking for a country club, not a church.

If you believe that most of the activities of the organization should focus on your needs and the needs of the members, you are looking for a country club, not a church.

Sadly, far too many church members act as if they’ve joined a country club.

Following Jesus tends to be costly not comfy.

Membership has its privileges.

Discipleship has its responsibilities.

Giving money and developing relationships are beautiful and loving ways to practice your faith, but if they don’t move you to advocacy work for those in need. they are but a resounding gong or a clanging cymbal.

Hiding behind the fear of not being political is tantamount to saying you weren’t paying attention when you read the Bible.

The prophets of God are decidedly political.

They constantly called the leaders of nations on their less-than-Godly actions.

For that matter, Jesus was crucified, in part, because of the political nature of his statements.

It is impossible to advocate for those in need and not be political.

It is impossible to follow Jesus and not advocate for those in need.

(OK, yes. This was on the first list too. But, again, it’s that important).

9) Love the sinner hate the sin.

In my article, “Clobbering ‘Biblical’ Gay Bashing” I have this to say about “love the sinner, hate the sin”:

A person whose sexual orientation is homosexual, or bi-sexual, or queer can no more separate themselves from their sexuality than a heterosexual person can.

It’s like saying “hate the toppings, love the pizza.”

It’s just not the pizza without the toppings.

We just aren’t loving the person if we don’t love the whole person.”

Jesus didn’t say, “Love one another, but feel free to hate certain things about people – because, I mean, we are all sinners.”

Jesus said, “Love one another.”

See the period there? I think it should be read out loud.

Love one another – period.

Jesus made it very clear: “No one can serve two masters, for either he will hate the one and love the other, or he will be devoted to the one and despise the other. You cannot serve God and money.”
– Matthew 6:24

“And he said to them, ‘Take care, and be on your guard against all covetousness, for one’s life does not consist in the abundance of his possessions.’”
– Luke 12:15

“Do not lay up for yourselves treasures on earth, where moth and rust destroy and where thieves break in and steal…”

Just remember, as a Christian, you’re supposed to be trying to follow a man who had no place to lay his head. (Matthew 8:20). 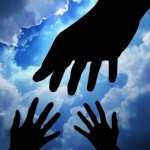 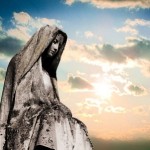