The Theory of Everything, and the Faith of Jane Hawking 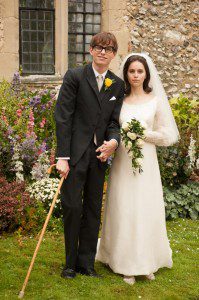 “The Theory of Everything,” a new film about cosmologist and theoretical physicist Stephen Hawking, is a sad, beautiful love story in which the faith of a devoted wife sustains her as she struggles under the weight of her atheist husband’s worsening disability, ascendent fame, and single-minded devotion to work.

The warmly shot and superbly acted (Eddie Redmayne as Stephen and Felicity Jones as Jane) biopic, which opens today, is based on Jane Hawking’s memoir, Traveling to Infinity: My Life With Stephen. While the film weaves the differences between the couple’s religious convictions into its narrative, opening with a bit of banter about God and closing with a visual suggestion that Stephen’s atheism–though de rigueur in his family–was reinforced by his suffering, it never delves below the surface of this dissonance between them.

If you want that story, you have to read Jane’s memoir, which I sped through this week. In it, we meet a couple whose love is tested by Stephen’s increasing disability from motor neuron disease, by his fame and, if his now ex-wife is to be believed, by his self-absorption and singular devotion to mastering the theories that govern the universe.

In Jane’s telling, her in-laws were of little help to her as her husband’s every physical need had to be met by her and then their oldest child, who was enlisted as nursemaid from the time he was eight years old. There were no societal accommodations or provisions for those confined to wheelchairs in the early years of their marriage, and so as Stephen’s mind and reputation soared, the family’s private life became increasingly difficult. Jane faltered, in large part, she says, because of his unwillingness to acknowledge his physical limitations or allow her to bring in outside help.

She describes the struggle:

“Intellectually Stephen was a towering giant who always insisted on his own infallibility and to whose genius I would always defer; bodily he was as helpless and as a dependent as either of [their first two] children had been when newborn. The functions I fulfilled for him were all those of a mother looking after a small child, responsible for every aspect of his being. …The problems were exacerbated by the sheer impossibility of talking about them. This was an intrinsic part of his battle against disease, which with better communication, we could have fought together. … Instead it became an alienating force, bringing down a barrier of anguish between us.”

When the marriage eventually failed, it was because Stephen left her for one of the nurses he eventually permitted. As with every relationship story, this one is more complex than it appears. A widowed church choir director comes into the family’s life, ostensibly to help with Stephen’s care, but eventually he and Jane form an emotional, if not physical, attachment that has to be carefully managed and which is scrutinized by outsiders, including her in-laws. This man, Jonathan Hellyer Jones, is now her husband.

Jane writes of being suicidal with despair over her family’s situation, and of being saved by Jonathan, whose faith reinvigorated her own. She describes his spiritual vitality as being so strong and luminous that it “lighted her black horizon.”

Despite the irony that Jane’s faith played a significant role in her husband’s meteoric rise, neither partner emerges from her book looking pristine, whereas the film highlights the romantic and heroic elements of their shared story. I wouldn’t want it any other way. It should be remembered that when the couple married, they Stephen had been told he had only two years to live. It is one thing to commit oneself in the short term to a doomed and exceedingly young love affair. It is quite another to take on the decades-long responsibility of caretaker to a man whose denial of his infirmity is tied up in his “conquering” of it, but also in his disregard for his family’s needs.

“The Theory of Everything” is a film worth seeing. Jane Hawking’s memoir is a book worth reading.

In it are vignettes like this, about his remarkable scientific discoveries:

“One evening, he took even longer than usual to get into bed, but it was not until the next morning that I found out why. That night, while putting his pyjamas on and visualizing the geometry of black holes in his head, he had solved one of the major problems in black-hole research.”

There is also the story of a young Stephen, traveling to Russia with a group of Baptists, and despite his unbelief, helping them smuggle Bibles into the country in his shoes. There’s Stephen lobbying a Pope to restore Galileo’s status in the Catholic Church. There’s him receiving a major physics award along with John Polkinghorne, a theoretical physicist who left the field to study theology and pursue ordination in the Church of England “with the particular motivation of healing the schism between science and religion,” according to Jane.

Polkinghorne has since become a major figure in reconciling the rift between these two spheres.

“Although we did not know him well, I admired his conviction and was greatly encouraged to find that atheism was not an essential prerequisite of science, and not all scientists were as atheistic as they seemed,’ she writes.

Neither the film nor the book lead one to believe that the Hawkings’ differing religious convictions are the underlying reason for the dissolution of their marriage. In a story about a “fundamentalist” Christian American graduate student assistant who has an annoying habit of evangelizing her husband at breakfast, Jane reveals her own approach, “I could have told [Don Page] that he was doomed to failure, for his broad, floodlit highway of biblical certainties was even less likely to meet with success than my own path, a quiet, unpretentious amble along the meandering lanes of simple trust in faith and deeds. Stephen had no patience for anything other than the rational power of physics.”

Ultimately it seems to have been the weight of Stephen’s care and his alleged refusal to deal forthrightly with it that did them in.

“There was not simply a schism between the public face and the private image, they were actually in conflict with each other,” Jane writes. That is not a problem unique to world famous scientists and their wives. Like all the best stories, this one, while singularly their own, is universal. 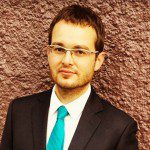 October 27, 2014
Serving God in the Business of Death
Next Post 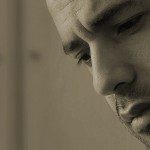 November 7, 2014 The Gift of Truth: Recovering from Porn Addiction
Recent Comments
0 | Leave a Comment
"The modern IT market needs new solutions and new and new tasks every year. If ..."
John Wise What Technology Would You Take with ..."
"I'm a Human Resources professional, with 40 years in the field. I've been born again, ..."
Jay Sunderland Five Ways to be a Christian ..."
"Well the irony of your article certainly is fascinating. It seems Spurlock created a production ..."
Trevor Working for Free: Interning at the ..."
"If Jesus can't draw all men unto him, surely the alternate Savior, C.S. Lewis, can ..."
Father Thyme Serving God in the Business of ..."
Browse Our Archives
Related posts from The High Calling