Serving God in the Business of Death 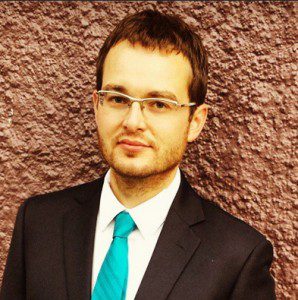 Caleb Wilde is that rare breed of death writer who doesn’t write about death from the perspective of someone dying or someone having buried a loved one. A sixth generation funeral director in small-town Pennsylvania, Wilde’s popular blog, Confessions of a Funeral Director, has earned him a wide following and appearances at Ted-X and on “20/20” for its frank, funny, and sensitive posts about a universal, yet taboo topic. On the day we talked to Wilde, he was in the midst of two funerals. Our interview by Christine A. Scheller, about his primary work and his death education efforts, has been edited for length and clarity.

Christine A. Scheller: You take death seriously, but also include a lot of humor in your writing about it. Why do you think our culture is so generally death avoidant, but embracing of the macabre at Halloween?

Caleb Wilde: We are in an obsessive state of denial about death and work really hard to make sure it stays a comfortable distance from us. And so, it’s possible that Halloween connects to a number of things that we obsessively attempt to push to the side. It’s a holiday that lets us embrace some degree of spirituality and some degree of death acceptance.

Like a valve for a topic that it’s not OK to talk about?

What, if any, are the dangers of this sort of pornographic portrayal of death?

Your blog speaks to me because you write about death in a way that other people don’t, with a level of knowledge and sensitivity that is unusual. Am I typical of your readers, in that I am intimately acquainted with death?

Yes, I would say that the majority of the people who read my blog are people who’ve experienced death in their lives, whether it be a family member or friend, or maybe they contemplate their mortality more than most people. Because there’s a void regarding death conversation, it’s part of my goal to fill that void.

Religion often speaks cliches to serious topics and, unfortunately, my experience has been that very few people, on an emotional and existential level, are willing to grapple with questions that death brings up. Death is certainly used for theology and philosophy, when people are putting out ‘problem of evil’ books like musicians put out Christmas albums, but for the most part those ‘problem of evil’ books don’t resonate with people who are experiencing something on a very fundamental level.

There are rare exceptions. C.S. Lewis has remained a classic because instead of just glossing over his doubts about faith and about life and the afterlife, he embraced the doubt, he embraced silence. Especially within certain segments of Christianity, people aren’t willing to embrace doubt and silence, even though we have a religion that’s has death as one of its central themes. My blog is a place for people to talk about those things.

You’ve written posts here and there about your family’s response to your blogging and about your desire to honor their long heritage of service to your community. How do you grapple with the ethics of telling the stories you tell?

For most of the stories, I have changed a lot of the circumstances, while still retaining the actual substance of the stories. So, it would be pretty difficult for a family to read what I’ve written and identify the situation as their own. I used to preface my posts by saying the circumstances have been changed. I don’t know why I stopped doing that.

How has your experience of being a public voice for this conversation–with appearances at Ted-X and on television– impacted your primary work and interactions with those who are served by your family’s business?

Most of the feedback has been really positive. Obviously the internet is a different space and people are willing to be as negative as they want, but there hasn’t been anybody within our circles who has been negative towards what I’m doing. At most funerals, I’ll have one or two people come up to me and say the blog has been helpful or that it’s funny. The positive feedback has helped me and it’s also helped my family, who, in the beginning, struggled with the idea of me putting sensitive information out into the public sphere.

How has working in such close proximity to mortality shaped how you live both individually and communally as a family in the death industry?

My parents certainly invested a lot in me because of that constant mortality reminder, but it also makes us also slightly more hovering as parents. Because we’ve seen so many different types of death, it’s difficult not to then project what we’ve seen onto the experiences of our children. For example, my dad would come home from work and say things like, “Today we’re burying a 16-year-old boy who was drinking and driving. He also killed his passenger.” When I was five or six years old, I was leaning back on my chair, and my grandfather said, “I buried somebody who fell backwards.” Stuff like that creates some fear, and probably some unhealthy issues. The funeral industry creates unique personalities because we’re around death on a constant basis.

Is humor a survival requirement in the industry?

You’ve said that the lack of personal boundaries in the job can lead to depression. Is depression common in the industry?

There is a lot of burnout. I’ve read statistics that say it is similar to other high-stress jobs, where something like 70 percent of funeral school graduates leave the field within the first 10 years. The remaining 30 percent never leave. Boundaries are a major issue because death keeps not. Employees at larger funeral homes can do shift work, but most funeral homes are smaller. For the first three years I worked at the funeral home, I didn’t have a day off. Looking back, it sounds absolutely insane and it was. I was on call 24/7.

Reading about both the burdens and benefits of your job, funeral directing sounds a lot like pastoral ministry. Do you have a theological grounding for your work?

I have a graduate degree in theology and I’m doing post-graduate work in death and religion, so there’s certainly a lot that I’ve given thought to and my thoughts have changed a lot. Right now, I’m at a place where I’m comfortable in silence. I have drawn a lot from Holy Saturday, which is the day between Christ’s death and resurrection when the disciples mourned his death without knowledge of the resurrection. Death is that Holy Saturday experience where there aren’t many words to be said and sometimes speaking words to silence is more harmful than helpful.

I used to have a pretty detailed theodicy that I believed about God in order to continue to justify my religion in the face of pain and in the face of the tragedy that I saw. But now, what I tell people is that I’m comfortable in the silence. I’m comfortable in the doubt. We don’t always need to speak words to some situations and death is one of those situations. If we want to bring some theological angle into it, after Lazarus died, we read that Jesus wept, and so we have this example of things other than words being used to comfort. I’m finding comfort in the knowledge that I don’t have to have a complex system of ideas to enable faith. I’m finding faith in doubt, which I think is another thing that many Americans are uncomfortable with.

Is being comfortable in the doubt and silence enough to stave off burnout or might that be a challenge you always have to deal with, given the schedule, demands, and emotional drain of the work?

Funeral directors have a lot of social interactions, but they tend to be more pastoral than they are philosophical or theological. I would say it’s very much been a choice for me to stay in it and the blog has helped because I need to find some type of meaning in what I’m doing.

It seems like the service to your community could be enough, the way you’re touching people’s lives?

My situation is unique in that I’m in a family business so even though I’m going to be 33 years old, my grandfather and my dad know everybody that they’re burying, so they are the ones meeting with the families and I’m doing a lot of the grunt work. I’m not exposed to the rewards as much as they are. I’ve often said funeral directors reach their pinnacle at like 60 or 70. That’s the prime time for funeral directors to be excellent at what they’re doing.

Yes, because the demographic that we’re dealing with is in that age bracket, so somebody that age is going to be deal with the families of the people we’re burying a lot better than a 33-year-old who doesn’t have the same life experiences, who doesn’t view the world the same way. In another funeral home, I would be meeting with people, but just by the nature of ours and that I work with my dad, who is in his late 50s, and my grandfather, who is in his early 80s, they do the better job with that than I do.

I think I’d be very comfortable having you direct a loved one’s funeral. 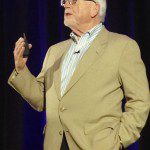 October 25, 2014
Challenges and Crises in Seminary and University Education
Next Post 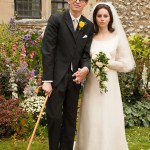 November 7, 2014 The Theory of Everything, and the Faith of Jane Hawking
Recent Comments
0 | Leave a Comment
Browse Our Archives
Related posts from The High Calling