Tomorrow’s Legacy Today: What Will the Children Remember? 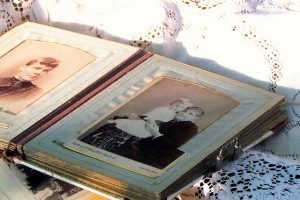 We sat in the middle of the floor, surrounded by thousands of photos. My sister and I were overwhelmed by these collected images from the generations of our family. Mom had pictures stored in shoeboxes, crumbling albums, and plastic bags, all put away in two massive trunks.

The photos were from both sides of the family tree, with many protruding branches. It was disorganized, almost hopelessly so. The photo locations, ages, and bloodlines were all mixed together like a random time machine.

The busy redhead had the best of intentions to organize them, but she simply ran out of days. So the task fell to her children. We couldn’t just leave it in boxes for our kids, without instructions, without any historical context.

Instead of despair, we viewed the task like a treasure hunt. One of my favorite finds was a large 8×10 photo of Siegfried and Emma Bonus. He, with a dour look and a beard that touched his navel, was paired with a woman with jolly cheeks and well-formed laugh lines. I wonder what their home was like? And I loved the photos of my dad as a boy and how much my own sons looked like him.

There were pictures of fishing trips and camp meetings, fields in harvest and babies in ornate cradles with lace hats. It was all interesting, but what did we need to keep? Was it right to throw away a 110-year old photograph? Many of the people in the photos we simply didn’t know. Perhaps they were acquaintances or distant family, but someone thought them important enough to photograph and to keep. Is that what memories should be, preserving what is important to others? Or do I get to choose?

The writer in me was very much aware that behind every photo is a story. Some I know, because they were retold at family gatherings. More than one conversation begins with the expression, “remember when?” But most of these stories are lost to the sands of time, perhaps forever.

Stories are used to spur conversation. But in a deeper way, they are tools to help us never forget, to perpetuate the memory. If you don’t keep telling the story, the details get fuzzy—or exaggerated. I don’t know how many times I’ve heard about the root beer on the carpet, or the sledding incident with the dog, or the fishing trip that ended with no fish and a canoe at the bottom of the lake. I know the details, but I want to keep hearing them, so I never forget.

In ancient times, legends were passed on through crude drawings on walls. Stories were told around the fire and values passed from generation to generation through carefully scripted traditions.

The Bible reminds fathers to teach their children, for the young women to learn from the older women, and for the young boys to be taught from their elders. It’s particularly critical for the sandwich generation—those adults stuck in the middle of two generations. I was there, until both my parents died within 11 months of each other. Suddenly, their children, sitting on the floor surrounded by photos, were charged with the family memory.

So what is the legacy that I will preserve for the generations, bottled up for discovery one day by curious time travelers? What will we wash away with the spin cycle of time, chalked up to what was yesterday?

The questions are far more numerous than the answers. I hope the memory I give my children and grandchildren is one of righteousness and truth, one that goes beyond mere pictures or words.

August 27, 2015 How to Build a Legacy
Recent Comments
0 | Leave a Comment
"The modern IT market needs new solutions and new and new tasks every year. If ..."
John Wise What Technology Would You Take with ..."
"I'm a Human Resources professional, with 40 years in the field. I've been born again, ..."
Jay Sunderland Five Ways to be a Christian ..."
"Well the irony of your article certainly is fascinating. It seems Spurlock created a production ..."
Trevor Working for Free: Interning at the ..."
"If Jesus can't draw all men unto him, surely the alternate Savior, C.S. Lewis, can ..."
Father Thyme Serving God in the Business of ..."
Browse Our Archives
Related posts from The High Calling

Faith and Work
Dad Said I Could
The High Calling 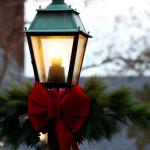