Figuring Out Success With the Amish

Figuring Out Success With the Amish August 13, 2015 The High Calling 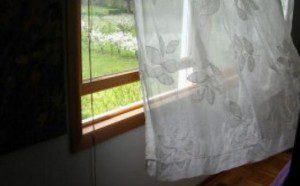 I’ve spent a lot of time with the Amish these past few years. I first encountered Amish outside of Arthur, Illinois, a rural community where the corn towers overhead and buggy traffic can outnumber the cars. I was working for a Nashville publisher, where I spent the better part of ten years in sales and management. I ended up selling a Bible product in Amish communities, a set of books called the Family Bible Library, a job which took me to over a dozen Amish communities from Pennsylvania to Iowa, and thousands of Amish homes. As I experienced my firsthand look into the culture, I came to appreciate Amish for the reasons many do—their admirably simple lifestyle, focus on the family, enduring faith. But I also couldn’t help but notice one other thing: their booming businesses. One image always sticks out in my mind: the late-model Mercedes with out-of-state plates, parked outside of a plain-looking Amish cabinet shop, one of the many which populate the Arthur area. What a contrast. Wealthy suburbanites were traveling from places like Chicago and Indianapolis—hours away—to buy furniture from modest Amish businesses—shops which, as I often found when I tried to get the attention of their owners, were busy. Clearly, the Amish were doing something right. I started to wonder if Amish businesses had any ideas to offer the non-Amish world, and thus was born the idea for my book.

The Riddle of Success

Just what does this idea of “success” really mean? Amish run 9,000 companies across North America, from the family-operated roadside stands to multi-million dollar furniture dealers and manufacturers. They’ve seen 5-year survival rates upwards of 90%. Amish millionaires, once unheard of, are hardly uncommon nowadays (though you certainly wouldn’t think it by the way they dress or the vehicles they drive).

One Amish business owner I came to know put it well. Alvin Hershberger runs a flourishing furniture shop in Ohio’s Holmes County community. Alvin is gregarious and easygoing, but clearly serious and committed to his business. He also happens to be a minister in his church, home to a high proportion of thriving businesspeople like him.

It’s what I do with it. In the Amish equation, just as in any one else’s calculus, success can mean a number of things. The money part matters for the obvious reasons. But most often I found “success” for the Amish means a few ideas:

Ultimately, the various meanings of “success” come down to one thing: business is a vehicle for something bigger than me. Figuring out exactly what the “bigger than me” thing is can be a challenge—and it can be even tougher to keep that higher purpose in mind once you’ve been at it for awhile. Setting ego aside can help.

In a celebrity culture and a business paradigm that glorifies self-achievement, that’s not always easy. But Alvin Hershberger and other Amish entrepreneurs know that figuring out that purpose is more than worth it. And the rewards can be great.

‘‘When I die, what is gonna be the number one thing that people are gonna say about me?’’ asks Alvin. ‘‘That he had a lot of money? I hope not. I hope that’s the last thing they say about me. He had friends. He believed in God, and he had friends. That’s the main thing I want people to say about me. ‘‘Because to me, having a business, it doesn’t matter if you’ve got three hundred workers or fifty workers or ten workers. It’s the effect that you make on people in life.’’

Amish may seem different than the rest of us on first look. But in the end, it doesn’t matter so much whether you drive the horse-and-buggy or that late-model Mercedes. The question remains the same.

What’s the bigger-than-you idea that your success is all about? 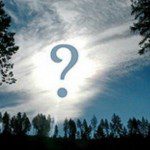 August 11, 2015
Three Questions You Must Answer Before You Die
Next Post

August 18, 2015 Dad Said I Could
Recent Comments
0 | Leave a Comment
Browse Our Archives
get the latest from
Best of Patheos
Sign up for our newsletter
POPULAR AT PATHEOS Faith and Work
1