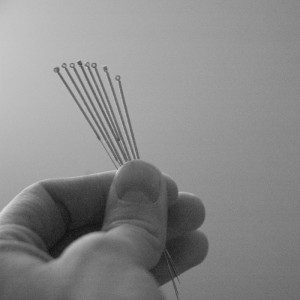 I’m not the sort of person inclined to try alternative medicine. We vaccinate our kids, we eat gluten, we go to regular doctors and take their pills. But then again I’m also not the kind of person who settles for having a debilitating foot injury at age 40. With an air between bemusement and resignation, off I went to a highly regarded local acupuncturist.

We pastors don’t get out of our comfort zones nearly often enough. As I wandered cluelessly into this non-mainstream medical location I found myself wondering: Is this what visitors to our church feel like? Out of sorts, on edge, unsure, and manipulated?

First there were the conversations before going. “I’d like to stick you full of needles,” my colleague said. The rest of the church staff laughed—a bit too hard. I wondered: Is this what it’s like when someone courageously tells their family or friends they’d like to try church?

I was hyper-aware of the office’s environment, alert to any sign of quackery, eager to be reassured. “Here’s our entire stock of Chinese medicines!” the chipper receptionist gushed, leaving me wondering exactly what is Chinese about them, and why she was so excited. The acupuncturist’s lights were soft, the music peaceful, and the smell (incense?) downright heavenly. With regular doctors and their fluorescent lights I find myself tense. Here: unplanned pleasant naps. This left me wondering—Can our churches create spaces of repose where even skeptical guests find themselves at rest?

I also brought my skepticism with me. “Please do throw anything but paper in the toliet,” a handmade label pleaded. I pondered: Can acupuncturists spell? How many typos get past the censors of our bulletins and slides? What unintended signal of incompetence does this send? Could our guests have their judgment meter as high as mine was that day—even as they know something is missing from their lives?

The doctor himself put me at ease in one way. He gives off an easy confidence, short of cockiness but reassuring (despite looking like the villain Moriarity from Sherlock on the BBC). He talked fast, found points of connection with me, and seemed committed to what he believes. I trusted him even as he was poking me with long needles. “What other field that’s 3000 years old gets as much suspicion as us,” he wondered out loud, and then smiled, “Except maybe religion?”

The procedure itself was completely painless. I hardly noticed needles going in, and never felt them once they were. His spiel while poking me was another question. He took after conventional medicine and told me it was causing weight gain (I had another opinion: “Nah, I’m just fat”). He said a certain drug only increased my chances of cancer, and acted as though my injury itself came from more conventional medical approaches. I was not surprised he was against convention. But his adamant manner took me aback. “Look man, just fix my foot,” I wanted to say, but didn’t. He was in the white coat after all.

Again this made me wonder about people who come to us. They’re willing to hear us. But we believe some pretty counter-conventional stuff: that the world is not just the sum of its atoms, that a dead guy walked out of a tomb so all of us might have hope, that God will make absolutely every wrong right one day. I just wonder about how we present all that, the order in which it can be received, the way it’s slowly unpacked over time rather than dumped all at once. You’ve probably heard estimates that we’re only able to question about 5% of what we believe at any one moment. How much am I asking those who hear me the first time to reevaluate?

Then there was the money. Of course my insurance didn’t cover any of it—they’d rather pay for (too small a) part of the expensive procedures I’d already done that didn’t work than pay for outside the box things that might do better. So this was all on the credit card. Again I wondered—I go on about how guests shouldn’t give to the offering. The acupuncturist simply handed me a bill. He’s a professional and I was more than willing to pay.

On the assumption that it might work. It hasn’t. I have one session left and I’m not optimistic. Now, we all know already how the man in the white coat will respond. I should stick with it. I need more sessions. This can’t work overnight; getting injured didn’t happen overnight. I’ll reach for my wallet, realize I don’t want it any lighter, and pass.

Am I being fair? Probably not. I don’t expect people’s spiritual lives to hum with health after just four Sundays. I immediately think of folks who come to church, seem really excited, and then bail after a month or two. Are they in the same position? Needing to see some progress in something to spend their precious time and money with us? Probably. Does our stuff work any faster? Sometimes, but usually not. I feel for the doctor here.

So back I go to my old conventional (medicine) life, no worse for the wear, but with a story to tell about how this new thing didn’t work for me. I paid my money and got no better. And I wonder, yet again, how many dozens or even hundreds or thousands of people will hear that story from me, and will never try the new thing for themselves?

[Photo by Sarah Caufield, used under a creative commons license, sourced via Flickr.] 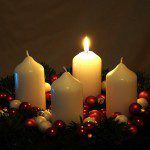 December 2, 2014
Advent in Us: Adventures in Forgiving
Next Post 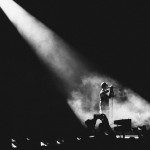 December 4, 2014 What Are You Hiding at Work?
Recent Comments
0 | Leave a Comment
"The modern IT market needs new solutions and new and new tasks every year. If ..."
John Wise What Technology Would You Take with ..."
"I'm a Human Resources professional, with 40 years in the field. I've been born again, ..."
Jay Sunderland Five Ways to be a Christian ..."
"Well the irony of your article certainly is fascinating. It seems Spurlock created a production ..."
Trevor Working for Free: Interning at the ..."
"If Jesus can't draw all men unto him, surely the alternate Savior, C.S. Lewis, can ..."
Father Thyme Serving God in the Business of ..."
Browse Our Archives
Related posts from The High Calling 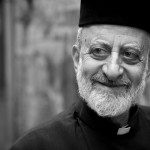