The Work of Research: Inconvenient Truths 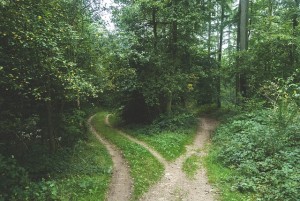 As I continue my doctoral journey it seems most natural for me to periodically offer up reflections or updates on both the process and my discoveries, personal and academic. This is currently taking the form of a pseudo-series entitled, “The Work of Research.” The actual insights and learnings may be categorized as “insider baseball” for those who are liturgically inclined, but the more general principles can be universally applied and/or appreciated. I hope you enjoy the trek as much as I am…

Liturgical theology is now more difficult than ever.

To put it poetically, liturgical theology now stands at a scene akin to Robert Frost’s divergent paths. The path to one side is the path of convention, convenience, and familiarity. The path to the other side is unknown, uncertain, and perhaps even inconvenient.

The Inconvenient Path is the right course but the Path of Convenience has been taken by so many before, the ground well-trod, and the topography well charted. In moments of laziness, or wishful thinking, I desire convenience but I know that the unknown and uncertain beckons me enter, beckons me further, beckons me surrender.

How did Liturgical Theology start walking on a path?

Let me explain. Recent discoveries and developments within the world of liturgical studies and liturgical history have demonstrated that we now know both more and less than what we once did about the liturgical practices and worship of the early Church. It has long been assumed that Justin Martyr’s First Apology and the Apostolic Tradition attributed to Hippolytus were evidence of universal worship practices and liturgical norms in the first centuries after Jesus’ death. However, it now seems more likely that (a) Justin was describing worship in one church in one metropolitan area (Rome) and (b) that Hippolytus did not write the AT, nor was it used as a manual for worship, and that it was compiled over a century and a half.

Pardon me for being blunt, but such discoveries are rather inconvenient for liturgical theologians who have built their work upon such a “sure” foundation as Justin and Hippolytus.

Here’s another tidbit: students of liturgy (both professional and amateur) love to quote Prosper of Aquitaine (c. 390-463) as authoritatively stating, lex orandi, lex credendi. There are two issues here–if not more: first, Prosper didn’t actually say this. Prosper’s actual statement was legem credendi lex statuat supplicandi. Second, and of greater importance, is that Prosper’s context makes a world of difference. Prosper was writing in the middle of the semi-Pelagian controversy and suggested that the law of prayer establish the law of belief only based on the authority and teaching of the Apostolic See and specifically in the matter of praying for divine grace in the salvation of various people groups.

That’s a much different picture. Trust me if you don’t get it or if I’ve not explained this well: this is an inconvenient truth. Very, very inconvenient.

In various fields of study, critical historical research and methodological principles are revealing more nuanced, multivalent realities than we once assumed or imagined. It is no longer sufficient in liturgical theology to cite Justin, Hippolytus, or Prosper authoritatively. It is no longer accurate to describe the worship of the early Church as universal or uniform; if anything, you have to state that the move was from liturgical diversity toward uniformity or homogeneity rather than the other way around.

So, the divergent paths are in front of me, in front of “us.” The Path of Convenience is actually a path or chosen-ignorance. I can comfortably ignore and/or reject historical data and findings and continue with the status quo, with doing things the way they’ve always been done.

OR. And the “or” is significant:

I came upon two divergent paths in the woods of liturgical theology and I am making the intentional decision to take the overgrown, less-walked, and seemingly little used path of inconvenient truth. I don’t know where it is going and when I’ll get out of the woods, but I know that the choice to take this path will make all of the difference. 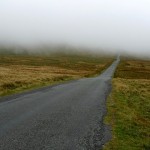 August 29, 2016
Uncertainty and the Work of Research
Next Post 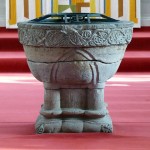