In Defense of “We Just” Prayers…Partially 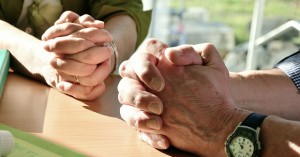 We’ve all done it. At one point or another we have each lamented, either privately or via Facebook, about the use of “we just” prayers in the church. For those who have never heard of such a thing, I can remember being in high school and hearing people make fun of the theological shallowness of others who would pray, “God, we just pray that you would…” Clearly it has become such commonplace that the Babylon Bee put out a piece of satire in its honor. As I was working on my “10 Signs You’re a Liturgical Snob” post, I included “we just” prayers because I have reached my breaking point. And today you get to read it about it.

Before we go any further let me state unequivocally, that if you are looking for justification to be against said prayers then this is not your post.

I think we can do better than this. I truly, genuinely think that the point has been made, the joke performed, and the message received. I think that fewer and fewer laughs are offered and that the horse is lying in the middle of the room, bloodied and battered from the perpetual beating.

It’s time we stopped making jokes about “we just” prayers and shifted our perspective.

The appropriate and helpful action upon hearing such prayers would be to figure out ways to teach people to pray—and that means being more creative and intentional than simply referring them to the prayer book—instead of bemoaning their existence on Facebook. What if you, borrowing from the Babylon Bee, took each “we just” prayer as an electric shock to your own heart and mind as a reminder to teach toward a fuller, more robust form of prayer?

And if you’re not hearing these prayers in your own church, if your response to this post so far is, “Not in my parish!,” then stop talking about them!

It was also common, at least when I was in high school, to couple a complaint about “we just” prayers with a complaint about how many times people refer to God during their prayers. The joke was that every other word in someone’s prayer would be “God” or “Jesus” or “Father,” etc. I vividly remember people counting during someone else’s prayers to either make fun of them or to verify that their prayers were legitimate. Beyond the obvious “Are you serious?!” reaction to this, my question to naysayers is simple: “Have you ever read the Collects or Eucharistic Prayers of the Church?” I read through the Liturgy of the Table (that will bother someone, I’m sure) in the 1662 Book of Common Prayer—wanting to find somewhat neutral ground amongst Anglicans—and the persons of the Trinity are referenced at least 20 times from the Sursum Corda to the end of the Lord’s Prayer.

Using the name(s) of God in prayer is ancient, it’s historic, it’s traditional, it’s theologically meaningful and rich. You can find example after example in the earliest liturgies of the church of references to the triune God. If liturgy is Scripture prayed and offered back to God then of course it’s going to talk about him and name him often!

The task, then, is to help those who appear to fill their prayers with “we just” and “God” as though they have nothing else to pray about. Please get them into the prayer book and the worshipping tradition of the one, holy, catholic, and apostolic church. Sure, make note during your services if there is a need for further teaching. Invite others to discover the beauty of the liturgy not just as a source for theology or words but as a way of life. I’m not saying that “we just” prayers are the summit of Christian worship. I’m simply suggesting that we can do better than consistently making fun of those who offer them. Make disciples, teach them to pray, just don’t use them or their prayers as the butt of your jokes or the cause of your frustration. A spiritual life shaped by regular, liturgical prayer (and teaching!) will result in the knowledge of how to pray, what to pray about, and to whom one is praying. 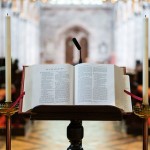 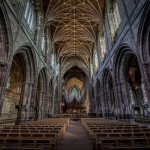