Pope Francis Should Make You Uncomfortable

For those that aren’t totally up to date with all the exciting news in Catholic word, there is currently a small group of cardinals (along with some lay supporters) who want the Pope to further clarify his Apostolic Exhortation “Amoris Laetitia”. Specifically, passages in a particular chapter about communion for the divorced and remarried. The fear, it would seem, is that the Pope might be trying to “change the rules” (he’s not).

All the Pope is trying to do is show a little mercy towards a group of people who certainly need it. America Magazine did a good job of summarizing this back in April:

“Divorced and remarried Catholics need to be more fully integrated into the church. How? By looking at the specifics of their situation, by remembering “mitigating factors,” by counseling them in the “internal forum,” (that is, in private conversations between the priest and person or couple), and by respecting that the final decision about the degree of participation in the church is left to a person’s conscience (305, 300). (The reception of Communion is not spelled out here, but that is a traditional aspect of “participation” in church life.) Divorced and remarried couples should be made to feel part of the church. “They are not excommunicated and should not be treated as such, since they remain part” of the church.”

Furthermore, the Exhortation calls on the Church to understand that not all family situations are the same, that not everything regarding a marriage can be totally black or white, and that we must approach each individual situation with empathy, compassion, and realism.

There are plenty who see this attitude as a good and welcome thing. But it seems to be making some people uncomfortable. And honestly, that’s a good thing. We could use a little discomfort, because I think too many of us are missing the truly radical message of the Gospel: mercy and forgiveness.

For many, being a Christian means living a life apart from and above the secular world. We are taught that we are not of the “world of the flesh” but of the spirit. We have been given the truth, and it’s our job to safeguard and promote it no matter what.

And that’s not exactly a bad thing, per se. The problem is that, when put into practice, this mode of thinking often puts more focus on the rules and not nearly enough on mercy and forgiveness. In many cases, the latter is often misinterpreted as tolerance or acceptance of sin, and so what we get instead are moral elitists concerned with guarding the communion line instead of welcoming more people to the table.

And I believe we’re seeing a lot of that in the response to Pope Francis’s exhortation.

There are many of us, especially in the blogging world, who are perfectly content to stand with our arms crossed, noses in the air, denying all those who don’t meet every point on our checklist. And Francis has completely disrupted this worldview. He’s sought to create a more inclusive Church—one that spends more time embracing the sinner than chastising the sin.

And he’s set for us a fantastic example, not just by shown mercy and empathy to the divorced and remarried, but by permanently giving priests the ability to absolve abortions, washing the feet of prisoners, speaking for the poor, encouraging environmental stewardship, showing love and empathy to homosexuals and non-Christians, seeking cooperation and solidarity with Muslims and other Christian denominations , and encouraging us to be all around more forgiving and loving of all God’s creation. And he’s done this without actually changing anything about Church Teaching or Tradition.

He is truly challenging us to get out of our comfort zone, and that’s a very good thing. 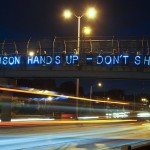 November 15, 2016
Racism and Waking Up to White Ignorance
Next Post 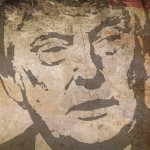 November 29, 2016 On Trump, Flag Burning, And Religious Freedom
Recent Comments
0 | Leave a Comment
Browse Our Archives
get the latest from
Catholic
Sign up for our newsletter
POPULAR AT PATHEOS Catholic
1