On November 29th, Donald J. Trump, a man who will soon take an oath to uphold the Constitution and assume the position of President of the United States, sent out the following tweet:

Nobody should be allowed to burn the American flag – if they do, there must be consequences – perhaps loss of citizenship or year in jail!

This is something that should deeply disturb every American, regardless of your political preference, because this is a direct threat to the 1st Amendment. While flag desecration is a sensitive topic in the U.S., it is, nonetheless, a protected form of free speech. In fact, we have not one, but two Supreme Court cases that confirm this: Texas vs Johnson in 1989 and United States vs Eichmann in 1990.

Is it tacky? Offensive? Disrespectful? Sure, and I wouldn’t fault any American for taking offense at a protester setting a flag on fire or stomping on it during a demonstration.

But that’s the thing about the freedom of speech. It doesn’t matter how disrespectful or downright “un-American” your message may be. You’re still free to express it because our country was established on the idea that our rights are intrinsic and not derived from government or bestowed on us by an earthly authority—meaning that the freedom of speech supersedes even the symbols that represent it.

We hold these truths to be self-evident, that all men are created equal, that they are endowed by their Creator with certain unalienable Rights, that among these are Life, Liberty and the pursuit of Happiness. — That to secure these rights, Governments are instituted among Men, deriving their just powers from the consent of the governed, — That whenever any Form of Government becomes destructive of these ends, it is the Right of the People to alter or to abolish it, and to institute new Government, laying its foundation on such principles and organizing its powers in such form, as to them shall seem most likely to affect their Safety and Happiness.–The Declaration of Independence

Though this is, without a doubt, his most pervasive threat to the 1st Amendment, it certainly isn’t his first. In fact, throughout his campaign, Donald Trump made his disdain for the 1st Amendment quite clear.

Besides his attacks on free speech, he’s attacked the freedom of the press–making it very clear that he despises the media. He’s encouraged violence against protesters.  And, despite efforts to walk back previous statements, his comments about the Islamic community present a real and present threat to the freedom of religion. And that’s something Catholics should be very weary of–especially since we were once a thoroughly despised minority in America.

Not to mention, he’s already thrown shade at Pope Francis over a relatively minor comment. And considering that he’s proven himself to be thinned skinned and easily offended,  what happens the day that President Trump decides he’s not all that crazy about Catholics? Is he going to encourage people to spy on their Catholic neighbors? Is he going to support the monitoring of parishes?

You can scoff. But we’ve seen this before, and I’d prefer to not take any chances.

There are some who want to say that Trump’s recent comments are a distraction or a smoke screen or that he didn’t even mean it–but I don’t care, and neither should you. When the leader of our country makes a direct threat against the 1st Amendment, we should all take it seriously. There are plenty of issues that are going to keep the American people divided–economics, social concerns, or religion. But this is one instance where all sides should stand together. 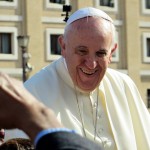 November 27, 2016
Pope Francis Should Make You Uncomfortable
Next Post 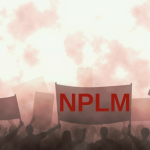 January 23, 2017 The New Pro-Life Movement Has A Role In The Resistance
Recent Comments
0 | Leave a Comment
"Thank you for this beautiful meditation. Yes, Christ has saved us, and all he asks ..."
E Brown A Letter to My Children on ..."
"Many "street preachers" (and I've encountered their university educated younglings in CRU on campus) actually ..."
Elzbieta Close Encounters With Anti-Catholic Street Preachers
"Be ready for your death."
See Noevo Jesus Says Be Ready. Ready For ..."
"Really? The author specifically says that the movement abhors abortion, denounces euthanasia and seeks to ..."
Elzbieta What The New Pro-Life Movement Stands ..."
Browse Our Archives
get the latest from
Catholic
Sign up for our newsletter
POPULAR AT PATHEOS Catholic
1