Adventures of a Non-Deist, or, Why I Don’t “Believe” in the Gods 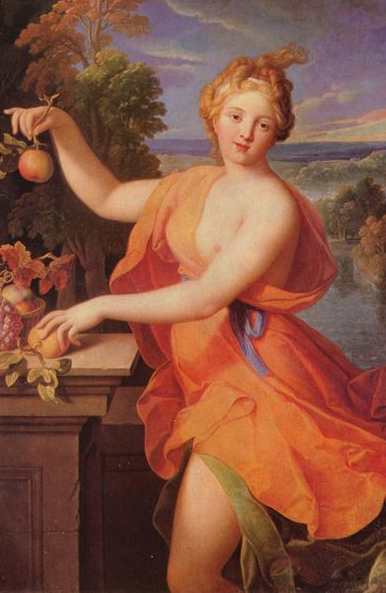 I was raised Catholic. Not very strictly, but enough to carry away a profound sense of discomfort with anything remotely connected to religion. I did kind of enjoy the music and chanting and stories and pageantry of mass, but of course in later life I understood it was a love of ritual, not a love of Catholic liturgy. I was also raised in a a family fairly in touch with nature: we hunted and fished and grew and gathered much of our own food. So when I discovered neo-paganism in graduate school, I mainly related to the environmental activism and the nature worship components. In fact, until I found out there were witches and pagans in the contemporary world, I basically considered myself an atheist. As I moved in circles of pagans and encountered more and more witches, “Wiccans” and others who followed some form of nature spirituality, I understood many of them worshipped the gods, or, in some cases, mainly the Goddess.

I played along, you know. But none of this ever really felt right to me.

Over the years, as I began to identify as a neo-pagan witch, I met other witches who worhsipped god and goddess, as you do, but also, I met a number of folks in these circles who were not primarily god and goddess-worshippers, some of whom called themselves “non-deists”: a clunky word, but one that seems to sum up how I feel. Gods help me, I even referred to myself for years as a “non-deist shamanic witch” (shamanic being a term used to loosely refer to using slightly altered states of consciousness brought on by various activities like drumming or dancing to encounter visions and insights).

Nowadays, I just call myself a witch. Yeah, no upper case letters for me, people. The only reason I use a capital “w” for “Wicca” or “Wiccan” is that these words were kind of invented by Gardner to refer to what a lot of us do now, which, for all intents and purposes, is kind of a religion. Or, at least, a fairly organized and solidified set of beliefs and practices.

I call on various gods and goddesses in ritual. I invoke them in the four quarters, I have statues of them on my altars and images of them on my walls. But, and this is a bit hard to explain, I don’t actually worship them. I find them to be useful archetypes (ah, there’s that word you were waiting for me to use) and forms of inspiration. I like to focus on their characteristics and narratives to try and bring about change in my life: identifying with Pomona to bring abundance, for example, or Artemis to find peace in solitude, or Herne to connect with the wilder unspoken aspects of nature. I give them places of honor and look at them and think about them. But I do not worship them.

So what do I do? I spend time in orchards and meadows and beneath the stars and moon, breathing in the perfumes of the woods, looking for fairy lights in the twilight mist, and delighting in birdsong and finding peace in the sound of rain dripping from the trees. I open myself to the awesome power of the sun and the wind and the trees and the stars, the lessons of the hummingbird and the horse and the horned owl. All of these experiences and a myriad others make me think of the worldviews of my ancestors (for mainly I identify with western European lore and myth, Greco-Roman and Celtic), the emotions they felt encountering the beauty and mystery of the natural world. I know they saw these things as gods, or as embodiments or dwelling places of gods. And this understanding comforts and intrigues me. But I do not share this belief. Even as I write rituals, crafting them from poetry I gather from a plethora of writers or that I create myself, even as I describe the attributes of these deities and write passionate paeans to them, I do not think of what I do as worshipping these figures. I think the most accurate way to describe it is to say that I engage with the energy and imagery of these deities: I take part in their mythology, their ancient story, which has been reborn around the world.

I was talking with friends once about a time in my life when I was having unsettling thoughts about death. One of them said he didn’t even think about it, that when you die you “lie in the arms of the the Goddess.” I understand this to be a deeply comforting thought for some, and certainly a powerfully beautiful image. But I simply don’t believe it, and can’t really envision it on any sort of imaginative or cognitive level. Maybe it is simply too close to my experiences as a child and adolescent, when I was asked to believe in a god I thought cruel, capricious and bigoted. (Of course I later understood the Church was the problem, not God.) Maybe my inability to conceive of  worshipping godforms makes it impossible for me to find any abiding comfort in what awaits me after death. Returning to the earth is as much comfort as I am willing to allow myself, immersing myself in the Eternal Return, and I am okay with that. I still fear death, but not eternity. Because it seems to me that all life is somehow eternal and cyclical; even as we watch what humans have wrought in our short time on the Earth, we see that this great organism is enormously adaptable and reliably predictable.

The question, I suppose, is: Am I a “real” pagan if I do not worship the gods? Or am I just some sad dreamy neo-hippie who enjoys gardening and fantasy literature?

I deeply respect those who follow earth-based paths that encourage a deep connection to deity. And I don’t question their devotion or beliefs, nor do I think my path is superior to theirs in any way. If anything, I feel a tinge of envy for those who can give this part of themselves freely, whose hearts and souls are open to mysteries I only seem to experience in my mind and body. But I also feel that my imaginative entanglement with the world of nature and spirit is as close to religion as I am likely to come in this life, and that it has been enormously rewarding, and that, on my saddest and most wearying days, my commitment to this path keeps me balanced and content.