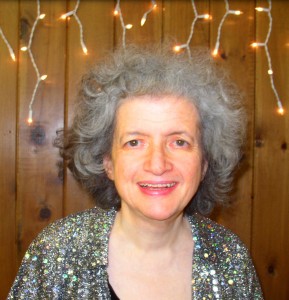 I have just received the news that Judy Harrow, a very influential member of our greater pagan community, has passed away suddenly. I had been aware via Facebook that Judy was experiencing some recent health complications connected to her dialysis, but other than that I do not have any specific information of the cause of her death.

I first met Judy many years ago, in the late 1980s, when I lived in western Masschusetts. She attended events with various groups I knew at the time, including larger festivals, traveling from the New York City area to gather with others. I remember her as being opinionated, feisty and a true firebrand; like so many of our pagan elders, the burgeoning pagan movement was an exciting space to explore and Judy was a major figure in the growth of that movement.

I had not seen Judy in many years, but two years ago, when I attended Pagan Pride Day in Manhattan (I had been invited to be a Keynote Speaker), I ran into her. It was nice to see her but I am not sure if she remembered me from so many years before. She looked older and frailer than I remembered, but we had a nice brief conversation that made me happy I ran into her. 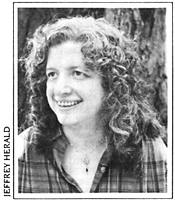 Judy founded Proteus Coven in 1980, after having been initiated into Wicca several years earlier, and served in a variety of leadership positions with the Covenant of the Goddess over the years. Judy began her witchcraft study and practice during a very vibrant and exciting time in the modern occult revival, and she was surely one our community’s formative influences.

As an author she contributed to a number of notable anthologies, including Rites of Passage and  the excellent Magical Religion and Modern Witchcraft. Her first book, Wicca Covens was published in 1999, and her second, Spiritual Mentoring, in 2002. Judy’s leadership skills were apparent in all of her writings, as they were in any conversation about modern pagan witchcraft.

As we grow older and our pagan elders pass away (including Donald Michael Kraig earlier this week), may we never forget how these strong and spirited people forged paths and inroads for all of us, and may we continue to learn from their example and honor their work. Go in peace Judy, and may your lively conversations continue with those who have gone on before. May the gods receive you proudly, for you worked in their service, tirelessly and with grace and passion.

March 18, 2014
Welcome to the Twenty-First Century Satanic Panic
Next Post