You gotta love when a fairy tale actually has lots of fairies in it. That’s the conceit behind MALEFICENT, Disney’s new retelling of SLEEPING BEAUTY. It’s a kind of alternative theory on how the Wicked Queen/Evil Fairy got so damn wicked/evil. Although the “w” word is never used, Maleficent is adept at magic and curses. And her name, which seems to be a play on “malevolent” and “magnificent” (or “malefica” which means evil deeds”) is fitting on both counts. The character is a complex portrayal not often seen in Disney works, but not unexpected given the recent explosion  of narrative media that mine ancient fairy tales to craft decidedly modern stories, including plenty of sex and bad behavior.

(REVIEWER’S NOTE: If you’ve never read or heard the story of SLEEPING BEAUTY, which has been around for a few hundred years, you may wish to avoid this review because some of that story’s plot points will be discussed here. You may also wish to avoid film reviews in general before seeing films, as they have a tendency to summarize the story. As we all know, suspenseful mysteries such as SLEEPING BEAUTY might be utterly ruined by the revelation that, for example, locking the princess away in a remote cottage and hiding every spinning wheel in the kingdom does not ultimately protect her from pricking her finger on a spinning needle.)

The film begins with Maleficent as a young fairy living in the Moors, an enchanted woodland surrounded by standing stones, full of wildlife and little fey creatures that flit through the air giggling. When a boy named Stefan wanders into the woods, the two become friends, and later (thought we only find this out via voiceover), fall in love. But time goes by (again, we learn via voiceover) and the boy, a poor farmers’ son, becomes greedy for riches and a life at court. The King across the Valley has heard the Moors possess magic, but he is unable to harness it, and his attempt to storm the forest with knights on horseback is thwarted by Maleficent, who has knights of her own: huge tree beings that ride upon huge prehistoric wild boars made of tree bark and moss.

Years pass: Maleficent (now played by Angeline Jolie, with pointy cheekbones and glowing aqua eyes) is now queen of the Moors and accepts that Stefan is no longer part of her life. The King is dying and offers his crown to anyone who can vanquish Maleficent and gain access to the Moors. Stefan returns to the Moors, and the lovers are reunited; but he drugs her and, unable to kill her outright, cuts off her wings and locks them away in a glass case (an interesting echo of the glass coffin that encloses Snow White, a fairy tale whose themes and plot points are so similar to this one; Sleeping Beauty is also placed under glass in many modern versions of the story).

Maleficent is weakened and heartbroken by Stefan’s betrayal, and soon enough anger and thoughts of revenge consume her. Stefan is crowned king, and Maleficent places the now-famous curse upon his daughter, Princess Aurora. Locked away until she is sixteen, for her protection, Aurora (Elle Fanning) is cared for by three fairies (played by a trio of terrific English actresses, Imelda Staunton, Lesley Mannville, and Juno Temple) in a remote woodland house, and Maleficent, with the aid of Diaval, a crow she turns into a man (played by the excellent Sam Riley), and who she empowers to shapeshift into any form, is able to watch from afar as Aurora grows. 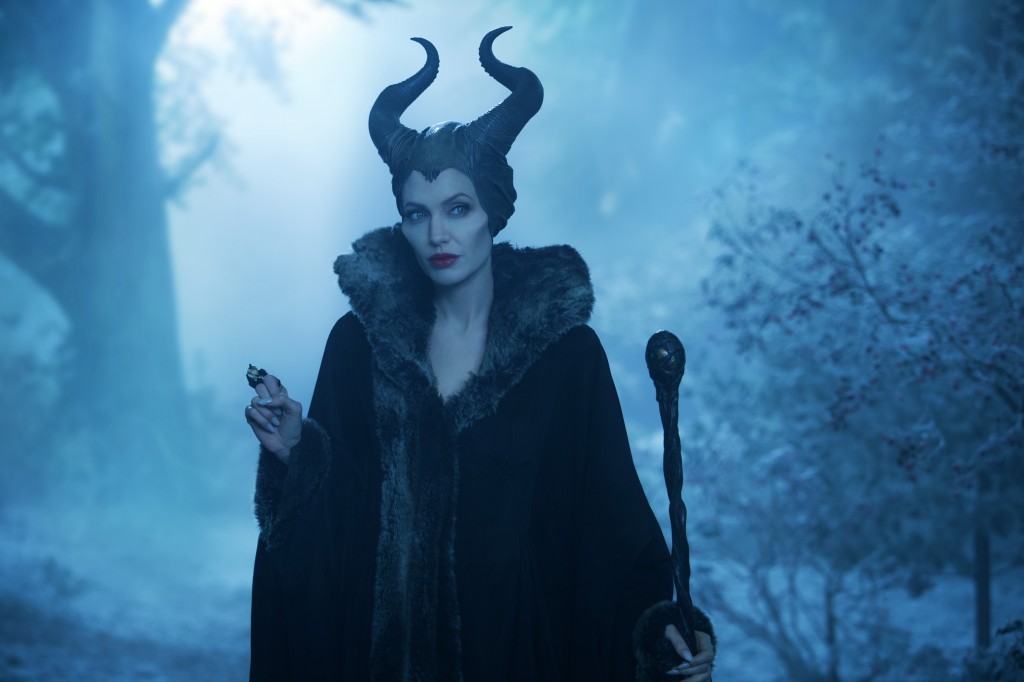 But an odd twist to the tale takes place: Maleficent meets Aurora, who mistakes her for her fairy godmother, knowing her shadow has always been nearby. The two become friends and Maleficent eventually tries to lift the curse, but cannot, because it originally contained the caveat that nothing could undo it. Careful what you wish for. Watching Aurora be drawn helplessly towards the sharp spindle that pricks her finger, it seems there is something symbolic going on here: a potential loss of virginity? the spell of adulthood putting the childish imagination to sleep? Either way, it’s refreshing to see it doesn’t just happen “by accident.” 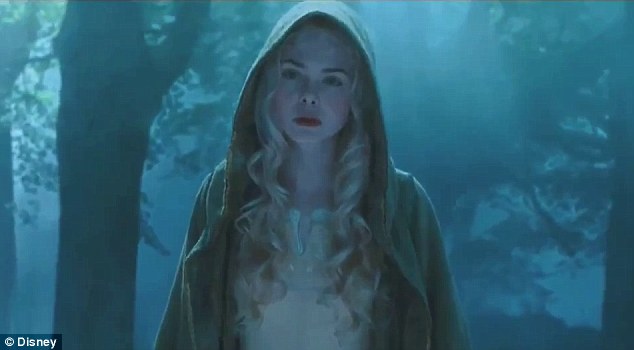 I won’t spoil the rest. But there are some more interesting twists to the original story that give this version, for all its violence aimed at women, an intriguing feminist overlay. The film is rated PG-13 but is fairly intense and intelligent; entertaining for adults and probably okay for mature kids. The cast is terrific, especially Jolie, Fanning and Riley, who have a great chemistry between them. The production design is fantastic overall, particularly the costumes and art direction, although I did find the the fairy-like creatures populating the Moors to be a bit twee-looking at times. But the tree warriors riding boars, and the many  animals Diaval shifts into, these are some of the best effects I’ve seen in ages. The film is shot on location in the UK, with some glorious landscapes. 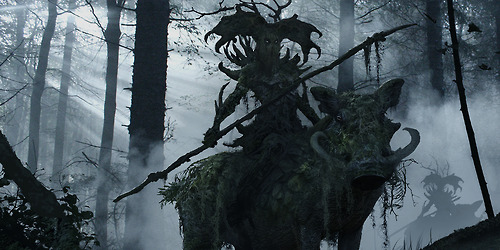 I appreciated the many pagan elements in the film: how the forest shrivels and darkens when Maleficent’s wings are removed and she grows angry and bitter; the shape shifting crow who is a faithful familiar; the  portrayal of fairies as beings that can be good or evil or in between; the idea that curses and blessings can have unanticipated complications; and most of all, an awareness and love of nature that strongly motivates both Maleficent and Aurora. It’s not perfect, I admit, and some choices annoyed me, and I’d have liked to see the feminist themes expressed more strongly (as did one Jezebel writer, who wrote a very snarky but very funny review). I found myself thinking again of Pixar’s excellent BRAVE, which was such a stunning expression of female identity and the mother-daughter dyad which is only hinted at here. Still, MALEFICENT is genuinely entertaining, beautiful, and thought-provoking.

July 25, 2014 Has Pagan Environmentalism Failed? Yes, Yes, A Resounding Yes.
Recent Comments
0 | Leave a Comment
Browse Our Archives
get the latest from
Pagan
Sign up for our newsletter
POPULAR AT PATHEOS Pagan
1 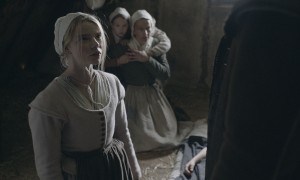 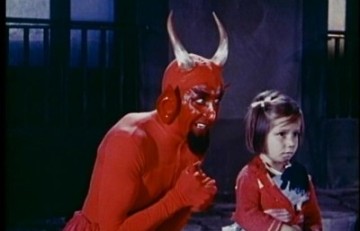