Cliven Bundy and Mosiah 9: “Overzealous to Inherit the Land of Our Fathers”

Cliven Bundy and Mosiah 9: “Overzealous to Inherit the Land of Our Fathers” August 29, 2017 Gary Ashcroft

During my workout this morning, I watched a Frontline documentary about the Bundy family’s standoffs in Bunkerville, Nevada, and the Malheur Reserve in Oregon. While the program didn’t help me get more reps in, it did get my mind sweating. For one, I wondered if the Bundy family, whose members often describe themselves as devout members of the LDS Church, had taken the time to read Mosiah 9 in The Book of Mormon recently. If they had, I wondered if they noticed that their misguided crusade against the federal government has some interesting parallels to the story of the Nephite King Zeniff.

First, some background. The Bundys are a Mormon family whose members have ranched in Clark County, Nevada, since the late 1800s. As part of their operations, they used to pay the government grazing fees to let their cattle forage on federally-owned land. In the early 1990s, due to changes in grazing regulations, Cliven Bundy, the family patriarch, refused to purchase a grazing permit but kept running his herds on federal rangelands. Due to this, Bundy accrued over a million dollars in unpaid fees to the Bureau of Land Management (BLM), with his failure to pay eventually leading the BLM to impound his livestock in spring of 2014.

And that’s when all heck broke loose.

The Bundys claimed they were victims of a tyrannical government and rallied far-right groups to come to their aid. Pretty soon, militia and “patriot” groups from across the country congregated at the Bundy ranch, training their guns on federal agents tasked with keeping the impounded Bundy herd under lock and key. Eventually, to avoid a shootout and loss of life, law enforcement withdrew from the stockade where they had corralled the Bundy cattle, and the Bundys and their supporters reclaimed the confiscated animals.

The feds’ yielding to what amounted to domestic terrorism only emboldened the Bundys. In January 2016, when Cliven’s son Ammon heard about ranchers in Oregon facing jail time for setting a fire on federal land, he rallied a band of extremist misfits to join him in occupying the Malheur National Wildlife Refuge near Burns, OR. Ammon and his “posse,” armed to the teeth with assault rifles and other firearms, stormed government buildings at the refuge, occupying them and refusing to vacate the premises until the federal government relinquished its control over land in the county. As everyone knows, the government doesn’t like being dictated to, and about a month into the occupation, Ammon was arrested and one of his sidekicks, LaVoy Finicum, was shot dead while resisting arrest. Subsequently, Ammon’s father was arrested for his role in the earlier Nevada standoff, and he and his son are currently being prosecuted for their actions.

What’s all this got to do with the Book of Mormon? Well, Zeniff, the main character in Mosiah 9, led an expedition of settlers to reclaim territory that had once belonged to their ancestors. He and his followers eventually succeeded in founding a kingdom in their ancestral homeland, with Zeniff as monarch. But though Zeniff’s people were initially successful, their “triumph” came at a grievous price – they were constantly subjected to attacks by their enemies, the Lamanites. Perhaps because of such adversity, Zeniff would later lament that he had been “overzealous to inherit the land of [his] fathers.”

The key word here is “overzealous.” By being fanatically committed to seizing the land of his forefathers, Zeniff placed himself and his followers in dire circumstances, circumstances that would later see his entire people subjected to the yoke of slavery. Similarly, by espousing the radical idea that they were entitled to use government land without permission, the Bundys landed themselves in court, witnessed the death of one of their followers, and could spend years behind bars. Essentially, because they were “overzealous,” the Bundys are now subject to bondage just as much as Zeniff’s people were.

Throughout their ill-fated war against the government, the Bundys have claimed that God is on their side and that their religious beliefs support their actions. These claims are ridiculous – and if the Bundys were to actually read the scriptures they claim to believe in, they would realize that extremist, overzealous campaigns like their own almost always end in disaster. 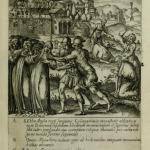 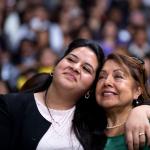 August 31, 2017 “Men Will Be Punished for Their Own Sins”
Recent Comments
0 | Leave a Comment
Browse Our Archives
get the latest from
Latter-day Saint
Sign up for our newsletter
Related posts from The Mormon Politico