What Elder Oaks Didn’t Say: The Role of Spouses and Parents

Elder Oaks seemed to disavow language in the Family Proclamation seen as patriarchal and against women working.

In today’s morning session of LDS General Conference, Elder Dallin H. Oaks of the Quorum of the Twelve Apostles was the third speaker. During his talk, he emphasized the importance of the document “The Family: A Proclamation to the World,” and he summarized some of its language. However, what stood out to me is that he declined to stress one of the most controversial parts of the Proclamation: its counsel regarding the gendered roles of fathers and mothers.

Posted below is Oaks’s summary of the Proclamation:

“The Family Proclamation begins by declaring that marriage between a man and a woman is ordained of God and that the family is central to the Creator’s plan for the eternal destiny of His children. It also affirms that gender is an essential characteristic of individual premortal, mortal, and eternal identity and purpose. It further declares that God has commanded that the sacred powers of procreation are to be employed only between man and woman lawfully wedded as husband and wife. The Proclamation affirms the continuing duty of husband and wife to multiply and replenish the earth, and their solemn responsibility to love and care for each other and for their children. Children are entitled to birth within the bonds of matrimony and to be reared by a father and a mother who honor marital vows with complete fidelity. It solemnly warns against the abuse of spouse or offspring, and it affirms that happiness in family life is most likely to be achieved when founded upon the teachings of the Lord Jesus Christ. Finally, it calls for the promotion of official measures designed to maintain and strengthen the family as the fundamental unit of society.”

Now let’s look at some language from the complete Proclamation:

In a day and age where more and more families, even Mormon families, feature both parents working outside the home, this language stirred the ire of many. Although the document does go on to caveat that fathers and mothers should help each other as “equal partners,” and although it says that circumstances can justify adaptations to parents’ roles, many saw it as endorsing patriarchy and discouraging women from working.

That’s why Elder Oaks’s omission is so telling. He makes no mention of fathers “presiding,” and he doesn’t say that mothers’ primary responsibility is childrearing. Instead, he avoids such language in favor of a more egalitarian formulation: husbands and wives must “love and care for each other and for their children.”

Oaks’s softening of this language contrasts with what he says elsewhere in his talk. He takes exception with those who view the Proclamation as mere policy that can be changed and instead frames it as a reiteration of doctrine. Yet if it is doctrine, why downplay the language about fathers presiding and mothers childrearing? Yes, Oaks seems to endorse the Proclamation as doctrine in general, but he seems to specifically disavow its gendered language about parents’ roles. As Oaks, who at one time served as a justice on the Utah Supreme Court, undoubtedly knows, courts (and often society at large) usually hold that the specific preempts the general. So could he be implying that the Proclamation is doctrine – except for its statements about gendered parents’ roles?

Whatever Oaks’s intent, this much is clear: the culture and society of the Church has changed so that women working outside the home is no longer viewed as something to be discouraged and frowned upon. In fact, Ruth Renlund, the wife of one of the newest apostles, Elder Dale G. Renlund, worked for decades as an attorney, including while her daughter was still in school/at home. Further, it’s likely that most LDS couples reject any sense of one spouse holding preeminence in marriage; they implicitly, if not explicitly, disregard language about husbands/fathers “presiding.” So, even if Elder Oaks’s didn’t mean to disavow the Proclamation’s controversial language about spousal and parental roles, it’s likely that much of the Church’s membership already views such statements as policy, not doctrine. 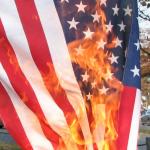 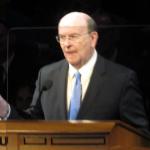