There Is No Such Thing as The “Alt-Right,” There is Simply the Right-Wing

When I was in Seminary I got into an argument with one of my professors concerning the term Neo-Nazi. My point was, there was no such thing as a Neo-Nazi – they are just Nazis. Adding the term neo [new] simply diluted the term Nazi, as if the ideas of hate, racism, nationalism were somehow different between Old-Nazis, and New Nazis, and that is not the case. Hate is hate, and putting neo, or alt, in front of hate does not change the hate. In John’s first letter in the Collective Narrative he writes: 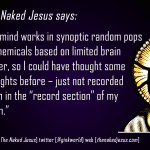 August 27, 2016
Random is Connection, and in turn, Connection is Random: What Does That Say For Evangelical Theology?
Next Post 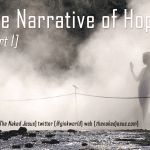