reformed but not Reformed* 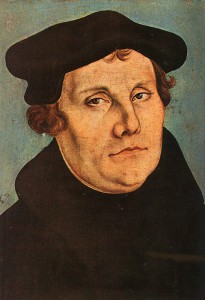 answers to complex questions, I usually give an answer much longer than the asker cared to receive.

I believe that God’s agency is primary, prior to, and causative of a person’s response to God in salvation. In other words, I chose God because He first chose me. I repented and believed because God’s Spirit enabled me to. When I heard the gospel, God opened up my heart to understand and welcome the truth, just like He did to Lydia in Acts 16.

I also emphasize, cherish, and rejoice in God’s sovereignty over all things (Ps. 115:3 just about sums it up.) I love it. I don’t always understand it, but I love the fact that God reigns over the universe. I believe that God can do whatever God wants to do, how He wants to do it, and whenever He feels fit to do it. And He can tell me to do whatever He wants to tell me what to do. He’s God. I’m created. He makes up the rules. I’m only to follow them. From Genesis through Revelation, with some extended pit stops in Job, Isaiah, Ezekiel, and Romans 9, the Bible celebrates God’s freedom. Sometimes it’s hard to rejoice in. Still, the Bible doesn’t seem to make excuses for God’s actions in the world. He made it. He governs it. He will redeem it as He sees fit. And I live by this truth. Yes, I’m “reformed.”

I also believe in and will take a bullet for the authority of the Bible. Our beliefs and behaviors should be derived from the text—even if the text offends our presuppositions and tradition. If my student says “I believe that God…” I immediately ask where? What passage? What book? What theological theme are you deriving your beliefs from? When my heart says, “I feel like God is…” I challenge my deceitful heart with the God-breathed text. Yes, I’m “reformed.”

I’m not part of any specific “Reformed” tradition and I think that the Bible challenges all theological systems—not just Arminian ones. And not everything about the “Reformed tradition” (or traditions) rightly captures, to my mind, what the Bible actually says. In fact, just the other day I hung out with a bunch of Arminians from the Nazarene tradition and I was pleasantly shocked at just how passionate they were about the gospel, the authority of Scripture, and even God’s sovereignty in salvation and the world. Sure, we may quibble about the ordo salutus and finer points of the atonement, but on the central points of the gospel I felt that we were on the same team. Unfortunately, some “Reformed” people only know of one team; the “Reformed” team. No, I’m not “Reformed.” I love to learn from, and be critiqued by, people outside my tradition.

I’m also very willing to ditch, reevaluate, shift and sift various doctrines that have been traditionally called “Reformed.” That is, if the Bible demands it. Justification, sanctification, baptism, hell, heaven—we lay them all before the text of Scripture because we’re reformed. We don’t lock them in a safe and throw away the key because we’re Reformed. Remember, semper reformanda: “always reforming.” To be truly reformed is to be in a constant state of humbly submitting what you think the text says before the text itself since the text—not your, or your favorite Reformed preacher’s, understanding of the text—is inspired and authoritative. The student of God who fails to be self-critical fails to be (truly) reformed.

And I believe in grace. Not just the “doctrines of grace” but “incarnating grace.” Showing favor (grace) unconditionally (biblical grace) to people of every race, religion, and sexual orientation. If believing in the doctrines of grace doesn’t move you to love people different than you, then you don’t really believe in the doctrines of grace. You endorse them. Sign off on them. Nod your head when you’re reading Calvin’s Institutes. But until we love the unlovable, cherished the marginalized, and delight in those who offend us, we fail to imitate the one who died for His enemies.

Jesus. Died. For. His. Enemies. In calling His followers to merely love them, Jesus cut us some seriously slack!

And I’m not Reformed because, well, many Reformed people I know seem arrogant. I know this is a stereotype, a generalization, so if you know a ton of people who are both Reformed and humble, then please ignore this paragraph. Maybe it’s just me. Maybe I’ve been around a bad crop. But most Reformed people I’ve met, hung out with, read, and listen to, give off an overly confident, some would say arrogant, air about their beliefs. Again, this isn’t all of them, but in my experience it’s a lot of them. And almost all of my friends who are turned off by a reformed way of thinking are actually turned off more by their Reformed friends than their beliefs. So even though I hope I’m alone, I don’t think I am. For some reason, discovering the doctrines of grace becomes like a second conversion where the Reformed person now has it all together, doctrinally speaking, and looks down upon all those lesser species of Christians who are merely 4 or 3 point Calvinists.

I know this, because in the words of Mrs. Doubtfire, “I used to be one.” I was so locked into an airtight theological system that I thought, or knew, I had it all figured out. And I honestly looked down upon people who weren’t Reformed like I was. It didn’t matter that they led hundreds of people to Christ, if they called people to “choose Christ” or quoted the “Nearly Inspired Version” (NIV), they were a lesser-informed Christian. And I looked down upon them. I was overly confident. I was arrogant. I was ignorant and acting contrary to the doctrines of grace.

I’ve since abandoned this way of thinking, even though I’m still reformed. I still believe that God does all things ultimately to bring glory to His name. I believe there is a real hell. I think that election is unconditional. And God’s sovereignty is broadcasted and celebrated on every page of Scripture. But believing these things should push us to be more humble, more careful about thinking you have it all together theologically.

January 26, 2015
The New Perspective on Paul: A Final Raw Reflection (Part 5)
Next Post

February 2, 2015 Is Annihilation an Evangelical Option?
Recent Comments
0 | Leave a Comment
"I just want to point out to current readers that EBC is now fully accredited ..."
Shannon Tristal Why I Love Eternity Bible College
"I don't think God killed Jesus; but I am beginning to think someone killed Preston ..."
Caspian Did God Kill Jesus?
"I remember reading a book written in the late 1940s that claimed young people at ..."
ThoughtorTwo . Why Are Millennials Leaving the Church ..."
"First of all, this was from almost a year ago. Second, if Jesus is going ..."
Hilary Jesus Was a Jew: Understanding Jesus ..."
Browse Our Archives
get the latest from
Evangelical
Sign up for our newsletter
POPULAR AT PATHEOS Evangelical
1