The following post is written by my brother from another mother; my best friend, Joey Dodson. This dude totally rocks and has a really moving testimony. Check it out.

It was 1970-something when, to her horror, a young girl in northern Louisiana learned that she was pregnant. Around nine months later, a couple of weeks before Easter, she gave birth to a son and gave him up for adoption. It wasn’t until years later, when my uncle told me I was a “little bastard,” that I realized there was a stigma to my situation. Even so, on the whole, I’d say I didn’t struggle much with

my “illegitimate” brand. To be sure, I owe a lot of that to the amount of love my (adopted) parents poured out on me. They never made me feel like an object of pity or a victim of chance. But with that said, I do suspect that some of the insecurity I have even as a full-grown man stems from my ignoble beginnings.

On the other hand, I imagine my unplanned conception helps me appreciate biblical passages about adoption more so than many believers. As you may know, there are many passages in the Bible that address God adopting us as His children. My favorite one is found in Romans 9. There, under the inspiration of the Holy Spirit, Paul reworks some of Hosea’s most famous lines. If you’ll recall, in Hosea 1-2 the Lord tells the prophet to name his wife’s first child “Pitiless” (Lo-ruhamah) so she could be a living-breathing-sermon-illustration of how God was refusing to show mercy to Israel. What’s worse, Hosea is to call the harlot’s second kid “Bastard” (Lo-ammi) as an object lesson to say that the Israelites are not God’s children. Later on, however, due to the Lord’s ẖesed, his covenant loving-kindness, he promises to show pity to Pitiless and to call Bastard His son.

Fully aware of this original context, in Romans 9, Paul grabs these words that originally addressed Israel and Judah, and he applies them to the church. According to the apostle, God also called his children from the Gentiles so as to fulfill what the Lord says in Hosea:

In addition to reapplying the passage to refer to the church, Paul also replaces the word best translated as “pity” with one best translated as “love.” That is to say, in Christ, God has not only pitied the Gentiles as illegitimate children and not only showed mercy to those whom the Jews considered bastards, but he also called them his beloved! On Easter morning, at the resurrection of his Son, he made a way for those who weren’t his children to be called his kids. Once and for all, he took away their stigma and wiped away their shame.

Around the time of Paul, a philosopher named Epictetus talked about how the children of Caesar walked around with so much conspicuous swagger. How much more so, Epictetus reasoned, should those who know God as “our Maker and Father and Guardian,” live secure, above all contempt and beyond all fear, without any hint of grief or tinge of terror. Likewise, even though I cannot boast in a royal birth, because of his grace, I am an heir of God. By his name he calls me his son and claims you as his child.

This Easter season let us remember that he is not only a God who raises the dead but also the Father who legitimates the illegitimate.

March 17, 2016 What on Earth Are You Doing?
Recent Comments
0 | Leave a Comment
"I just want to point out to current readers that EBC is now fully accredited ..."
Shannon Tristal Why I Love Eternity Bible College
"I don't think God killed Jesus; but I am beginning to think someone killed Preston ..."
Caspian Did God Kill Jesus?
"I remember reading a book written in the late 1940s that claimed young people at ..."
ThoughtorTwo . Why Are Millennials Leaving the Church ..."
"First of all, this was from almost a year ago. Second, if Jesus is going ..."
Hilary Jesus Was a Jew: Understanding Jesus ..."
Browse Our Archives
get the latest from
Evangelical
Sign up for our newsletter
POPULAR AT PATHEOS Evangelical
1

Progressive Christians are More Political than...
Cranach
Related posts from Theology in the Raw 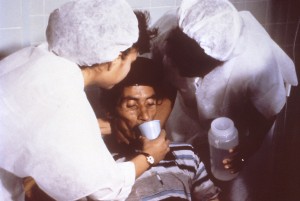 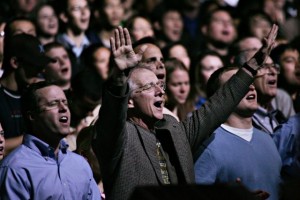 Evangelical
The New Perspective on Paul: A Raw Reflection...
Theology in the Raw