Separation of Coven and State

It is hard, and getting harder, to distinguish between the Pagan community and the American political left. Perhaps, like the rest of America, we have abandoned the separation of church and state(1) that is enshrined in our Constitution.

Our lack of separation between the two is especially true in the new online socioeconomic environment of influencers and pay-per-click everything. In the world of social media, popularity is power and identity is currency. Constructing and curating social identity is not a game. It is key work of this new era.

With that in mind, any call to abandon social media would be both naive and hypocritical. Whether we like it or not, for many people (Pagans included) their public profile is directly linked to their economic and social status.

People like to talk about, and hear about, things that are important to them. This is the true value, and mechanism for the success of, social media writ large.

But there are good reasons that religious speech and political speech should be kept separate. Our inability to distinguish between the two only sows confusion.

In recent political discourse, it has come en vogue for politicians to break down that wall. Such a move benefits certain politicians in the short run, harms America in the medium term, and makes religion irrelevant in the long view.

Separation of Church and State

Most Americans tend to think about the separation of church and state from the side of government. That is, we understand that the U.S. government is bound to take no role in regulating religion.(2)

But in theory that works both ways, and for good reasons. With recent attacks on the Johnson Amendment in mind, I would argue that religion benefits from staying out of direct politics. Even were it allowed by law, I would not do so.

The question that religious leaders should be asking themselves is whether they want their systems of belief and activity subsumed by politics and social action. Is their role to inspire, or simply to be another constituent group?

In America, we have priests and, separately, politicians and pundits. There is no room for priest-kings.

It is true, for most people, that the separation of church and state is more notional than actual. It is an idea that we aspire to, and has little direct impact on our lives.

In the West, religion is one of a handful of identities that shape our social experience. Others include employment, social class, gender, and marital status. And religious identity is important. Even a swathe of our atheists hold up their own position as a part of identity.

In everyday life, religion is no more or less than a social grouping of people who share certain assumptions. Religion is about belief, and then shared beliefs, and finally a solidified identity.

My takeaway is that religion in America has been failing to do the work it is meant to do. Hang out in religious circles for more then five minutes, and you will almost certainly hear someone lamenting how American religion struggles to keep butts in the seats. This is just as true of the Christian churches as covens and magical orders.

In trying to understand what is happening, religious leaders point to changes in social organization, technology, and economic activity. That is all true as far as it goes.

But the real failure is in religion itself — how we conceive of it and how we participate. As long as religion caters to people where they are, instead of leading them based on the direction of Heaven (however defined), it is just another social club.

Most Americans do not want, need, or seek direct experience of what lies beyond the everyday. But being a member or a religious community was supposed to mean, at least, reaping the benefits of associating with people who do. And for those called to go further, it provided context and language for that journey.

But in this new social and economic landscape, religion has been struggling to find its footing. Its role as part of identity has, it seems, become more important than its actual purpose. It has become political.

Americans assume, as part of public discourse, that we cannot truly know what lies in people’s hearts. Religion, on the other side of things, concerns itself with those same unknowable hearts.

But the public face of Paganism has clearly been co-opted by the massive fissure in the middle of American society. And Pagans have not been shy taking sides.

The Paganism that came out of the 60s and 70s needed little help to find a side in this culture war. During that time, Wicca, which had previously been an occultist hangout and fertility cult, was re-imagined as a feminist, Earth-worshiping counterargument to modernity.

With its higher profile, Wicca also became, for a time, the spine of American Paganism. With Wicca in the forefront, Paganism positioned itself as part of a counterbalance to the rise of the Moral Majority and similar movements (a euphemism for the intrusion of conservative Christian churches into politics).

And then, in the 90s, we saw the rise of a far-right counterbalance within Paganism. Grounded in “blood and soil” arguments, it was unashamedly (if sometimes cagily) racist and nationalist, and part and parcel of the White Power movement.

Our difficulty in maintaining the separation of church and state is not a new thing in either the global or historical sense. The division between religion and politics is neither ancient nor natural. It is a choice, made to keep harmony in a diverse society.

If All Acts Are Political, then None Are

As a writer here on the Patheos platform, I am by default some kind of religious leader. And in my heart of hearts, it is not my job to play to the crowd. Instead, it is my role to assist people in understanding themselves. It is my work to forge their own relationship with that which exists beyond the everyday world.(3)

If I can spark in someone clarity and compassion, some self-respect and understanding of the deeper consequences of our actions in the world, I have done something worthwhile. And if that influences how a person votes or speak up or even protest actions done in their name, I am fine with that.

But as a religious leader, engaging with the ineffable is something that is more real than political discourse. If, religiously, I take sides in political debate, then I am assuming that those debates are a priori of my religious activities. I have become a pundit.

The American Divide In Inside Us

The separation of church and state is not only for government. It is an organizing principal America.

That which we know from ineffable sources is not the same as our social knowledge. And as religious leaders we cannot, and must not, let those ways of knowing fall into the same basket.

Bluntly, if my experience of the ineffable makes me understand the inherent equality of people, then I am someone who models the kind of behavior a liberal might look up to. But I am no liberal. By my own standards, and by my commitment to a deeper reality, I am something more.

No matter our religion, we who are expected to live the experience. We have no room to behave inauthentically, and we do not get to pick and choose our beliefs.

Instead, we must reach the deepest part of ourselves and express what is there. That is the job, whether we like it or not.

(1) The use of the term “church and state” is, obviously, phrased in a way that posits Christianity as the default religion. Here in America, that is simply true. Our time is better spent “doing” religion than having social debates about it.

(2) Like in so many things, the reality hardly lives up to the aspirations here. Religious identity and political identity have always interacted in America. But there is a world of difference between playing one off against the other and subsuming one identity under the other.

(3) My thinking on this topic was informed by a blog I read on Patheos, written by James Ford over at Monkey Mind on the Patheos Buddhist channel.  His examination of questions around the Zen Buddhist Sangha in America and its clearly left-leaning leadership

About
Christopher Drysdale is an animist, martial artist, shamanic practitioner, healer, psychopomp, and meditation teacher. He’s been pagan for more than 30 years, has a master’s degree in anthropology, and thinks making the world a better place is a pretty good idea. He makes his home in the San Francisco Bay Area. You can read more about the author here.
Previous Post 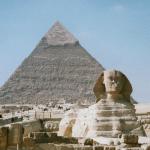 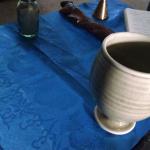 March 23, 2019 Is Magic Real?
Recent Comments
15 Comments | Leave a Comment
"That world is real, but never forget that it requires constant vigilance. Those redwoods were ..."
Falkenna Animism among the Redwoods
"Love spells, divination, reincarnation At reasonable feeContact Spellmh.weebly.com For more details"
Lily Dean A Deep Dive on Divination
"Bosh.As Morning Glory Zell once said to me, "If you can't do it with a ..."
Mark Green Making and Using Magical Tools
"Hi Melissa,Thank you for reading. Other aspects of my life have been demanding my attention ..."
Christopher One Thousand Days
Browse Our Archives
Related posts from The Other Side of the Hedge