Three Virtues of the Practitioner

Pagan? Polytheist? Pantheist? These labels, these P-words, make valid and useful distinctions. But at the end of the day, We are all practitioners. And as a practitioner, I have certain things in common with everyone on the path of transformation.

Practitioner’s “faiths” are not simple matters of belief. For me, it is far more than a compass that I use to navigate life when I am lost. It is what I do.

Stepping back and taking some perspective, we modern practitioners are all also part of the great human traditions of deeper understanding. The realities of life that we explore relate to every faith.

The word “practitioner” applies as easily to a Christian mystic or devotee of fox spirits as it does to a circling coven or studious alchemist. If we use different words, that is only because we are working in different contexts.

After all, we learn in different ways. We start from different places — mentally, physically, and spiritually. No wonder we need to engage in different practices!

We Are All Practitioners

And yet, our work here in the P-word community is not that different from that of other faiths. Whether we think of it this way or not, all practitioners are working to understand the greater universe.

As a practitioner, it is my calling to see beyond the realities we were raised with. And, in that, my work is part of a whole, of human religious experience both around the world and through history.

What we have more in common is greater than than what divides us. We are practitioners.

What sets all of us practitioners apart from other people is not our faith, but the pursuit of Virtue. Virtue is the very essence of life.

Virtue Is Not Good

Now, that is not entirely wrong. Within its own context, that approach makes a certain sense.

Everyday people do not seek cultivate and expand their deepest selves. For them, all power comes from the outside. “The rules” are there to help them harmonize with society and bring them enough power to get through the day. And you know what? It works, until it doesn’t.

But, for the practitioner, virtue is not goodie-two-shoes-ness. We do not gain virtue by following the rules set out for us.

Our virtue is power, drawn from the fundamental ground. It is the sacred essence that exists under, around, and beyond what we see. It is more essential than both the body and the spirit.

And that is not some metaphor. It is as real as anything else.

If these ideas seem a million miles away, that is fine. Seeing the whole all at once is not necessary to begin.

The first takeaway is that virtue is not about doing what we are told; Virtue is power. The second thing we can learn is that we do not need to seek out that power. We already have it. And the third thing to know is that if we want to hold onto that power, we will need to cultivate the practitioner’s three virtues: discipline, faith, and equanimity.

Discipline, Faith, and Equanimity — we can think of these as the three virtues of every practitioner. Each is a measure of a certain kind of cultivation.

To make sense of how these are important, they link to the three gates: the magician, the priest, and the shaman. Each of these virtues is most associated with one of the gates.

Discipline is the hallmark of the magician. On a spiritual level, it is a matter of both strengthening and controlling one’s own spirit. Too much strength can make the spirit unruly. Too much control can weaken the spirit. Both must be developed together. This is discipline.

For the priest, the first virtue is Faith. Spiritually, this is the ability to extend to the world beyond oneself. It is a combination of reaching out and allowing in. Again, the two must be developed together. One without the other does not accomplish anything useful.

The shaman must begin with Equanimity. It is the ability to let things be what they are, but at the same time it entails knowledge of self. It is only by cultivating this virtue that shamans can stabilize themselves. For a shaman, the virtue most important to success, and sometimes survival, is equanimity.

Whichever one we start with, in the long run it is necessary for the practitioner to cultivate all three. In building our Virtue, our ability to hold sacred power, we can think of them like the height, width, and depth — three different things that, when combined, create a space within us that can actually hold something within us.

Virtue is not something that holds us away from power. It is, rather, the hallmark of the successful pursuit of power. We say that knowledge is power, but it would be more accurate to say that Virtue is power.

Maybe that seems wildly inaccurate. But that is not because it is wrong; it is because we have lost all real sense of what Virtue is. Having Virtue means being able to hold, within ourselves, the very essence of life.

But (and this is a huge “but”) we have been taught by 2,000 years of Neoplatonic-influenced philosophy that Virtue, meaning power, comes only from The One, whether we call it God, the Architect, or The Source. We have been taught that of the three virtues, the only that matters is Faith.

For any practitioner, Faith alone is not enough. It is important to cultivate all three dimensions of virtue. To wrap our minds around that, we need to be able to see though the trappings, the outer shells, of the Virtues.

The Trappings of Virtue

The trappings of faith are piousness, “correct” thought, and the abnegation of self. But actual faith requires none of that. Faith is not a thought or a belief. It is, rather, an awakening of the spirit to that which is outside of it.

The trappings of discipline are rigidity, forcefulness, and arrogant certainty. But discipline itself is not that dogmatic. It is reactive, adaptive, and capable of both expansion and contraction.

We have much less of a grasp on equanimity than we do the other two. The challenge we face is that everyone around us demands that we care.

We believe power comes from having opinions and enforcing them in the world. But the virtue of equanimity tells us that we gain power not from being the decider, but from leaving well enough alone.

The trappings of Virtue are the outer shells that prevent us from delving into deeper meanings. In order to grow in real power, we must delve beyond the surface. It is not easy, and it is not for everyone.  But those of us who are called are all family of a sort. We might not get along, but we have much in common, for sure.

For the practitioner, Virtue is not a matter of living up to societal mores. It is, instead, about building our own capacity to hold the very essence of the universe within us.

That essence is more than raw power to bend the world around us to our will. It is also a connection to the root of reality, to the sacred. Virtue is the measure of that power, and its three components are Discipline, Faith, and Equanimity.

All of us who pursue the sacred where it lives – both inside of ourselves and in the larger universe – are practitioners. The ways we talk about our work do not matter so much. What counts is what we do.

(1) If you have not heard of Mrs. Grundy, she is a figure of speech across the English-speaking world. She is ultimate “conventional” person, and stands in for the mores of society and people’s slavish following of them.

March 3, 2019
Three Ways to Pursue the Great Work
Next Post 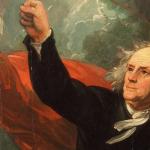 March 17, 2019 Separation of Coven and State
Recent Comments
3 Comments | Leave a Comment
"That world is real, but never forget that it requires constant vigilance. Those redwoods were ..."
Falkenna Animism among the Redwoods
"Love spells, divination, reincarnation At reasonable feeContact Spellmh.weebly.com For more details"
Lily Dean A Deep Dive on Divination
"Bosh.As Morning Glory Zell once said to me, "If you can't do it with a ..."
Mark Green Making and Using Magical Tools
"Hi Melissa,Thank you for reading. Other aspects of my life have been demanding my attention ..."
Christopher One Thousand Days
Browse Our Archives
Related posts from The Other Side of the Hedge