God’s Middle Finger – When the Divine Says “Up Yours” 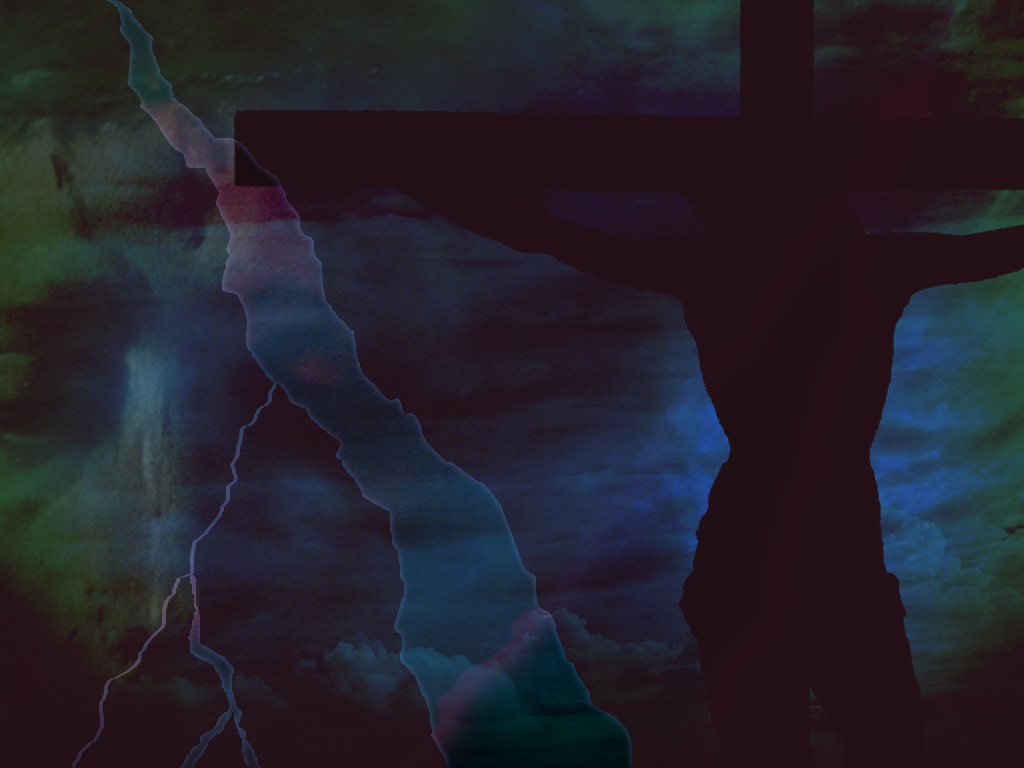 When we cling to the sword, we flip the cross upside down to use it as our tool of death instead of God’s tool for bringing life.

And so the story goes…

I can remember a scene in the movie Independence Day.  The drunken dad turned heroic father, Russell Case, chooses to sacrifice his life by flying his fighter jet into the belly of an alien ship.

One of the best-known quotes from any popular movie in the last 20 years is in this clip.  Russell says: “All right, you alien a-holes! In the words of my generation: Up Yours!”

Up yours.  These words dictate the attitude of enemies to each other.  To say “up yours” is to give the metaphorical middle finger and to ultimately say to the opposing side that “you have no power over me… my power is greater than your power… and if I have to, I’ll show you how strong I am!”

So, what do we do?  When we’re threatened we show our guns.  When we’re attacked we draw the sword.  This story recycles itself in numerous ways. It started with Constantine, then the crusades, then the slaughter of millions of Native Americans, then the various wars to secure a stolen land, then the wars throughout the 200-plus year history of the United States, and then the “war on terror.”

Western Christianity, and specifically the American stream of it, has a history of naming an enemy, characterizing it in an “us versus them” dichotomy, and then inviting the church to turn the cross upside-down to wield it as a sword against them.  This is the “up yours” that the church often encourages as the pathway to justice.  Too often Christians are quick to give the middle finger toward what they perceive to be evil, but in the process run the risk of becoming the very evil they are fighting against. Greg Boyd makes the following observation:

Our fractured human tendency revokes the imagination necessary for being followers of a crucified revolutionary.  Too often we embrace the power to turn the cross upside down as we tell our human enemies “up yours” – with our swords clenched.  We give those “evil” people the middle finger of retributive justice to make sure that they know not to mess with us “good” people.

Yet a perplexing reality remains: Jesus commands us to love our human enemies (Matt. 5.44). In so doing, humans of every stripe no longer can be categorized as true enemies because they become objects of love.  As the Apostle Paul makes clear in Ephesians 6.12: “For our struggle is not against flesh and blood, but against the rulers, against the authorities, against the powers of this dark world and against the spiritual forces of evil in the heavenly realms.”  The Christ-follower never possesses a free pass to give the middle finger of violence, unless our foes dwell within the demonic realm of reality. “Flesh and blood” humans and physical violence never go together.

In actuality, Christ-followers never need to raise the metaphorical middle finger to the demonic powers of evil, because God already did that on our behalf!  The only middle finger we raise, looks like a cross.  God’s middle finger is the cross of Christ. The Divine “up yours” took place when God declared war against evil and won.  Through the humility of a Roman device of demonic torture, Jesus demonstrated the only path to true victory.

In this way, he disarmed the spiritual rulers and authorities. He shamed them publicly by his victory over them on the cross.  (Colossians 2:15)

The Divine “up yours,” the middle finger of God, the cross of Calvary (and resurrection), shows us that the way to disarm evil in the world is through self-sacrificial love.

As we look back to the tragic events of 9-11-2001, may we resist the temptation to continue creating human categories of “us” versus “them.” When the powers of evil manipulate individuals, systems, and groups, may we refuse to take up the sword by choosing to raise up the middle finger of God: the cross.  As we look forward to the next 10 years of our post 9-11 world, may Christians become known as peacemakers rather than knee-jerk reactors. And may we refuse to give the metaphorical middle finger to anyone of “flesh and blood” by seeing the potential of the in-breaking power of the resurrection for all of humanity.

[1] Gregory Boyd, The Myth of a Christian Nation: How the Quest for Political Power is Destroying the Church (Zondervan, 2005) 81.

September 6, 2011 I Believe in the "Here and Now" But Live Like I Trust in Escapism
Recent Comments
40 Comments | Leave a Comment
Browse Our Archives
Related posts from The Pangea Blog