Today I continue a long term series called “Evangelical Culture Myths.”  I invite you to submit various sorts of cultural myths that we evangelicals tell.  I’d love to cover some myths that you are interested in: either theological or practical in nature.  Send them to me via email, FB, or Twitter (to tweet ideas, use this #EvangelicalMyths and “@kurtwillems”)!

Masculine Christianity.*  In the new reformed wing of evangelicalism, masculinity is a high value.  I wonder what that really means? Does it mean that we come to church and talk about guns and refer to hunting trips as spiritual retreats? Does it mean that men dominate and women are simply “helpers?” Maybe it means that we read the Bible “literally” and therefore women are: silent in the church, the weaker sex, and therefore unable to be leaders?

I think masculine Christianity presents an evangelical cultural myth with little to do with the Scriptures.

When we talk about masculine Christianity, two major historical threads that come into focus.  The first of these, involves a man: Constantine.  In 313 and following we find that the church decided to become “masculine.”  What does that mean for Mary learning at the feet of Jesus as a disciple?  What does it mean for Ruth and Esther and Junia?  It means that the early church was not “masculine” but a movement designed to make both male and female “fully human.” We are part of a movement that declares that both male and female are to be conformed to the image of Christ.  But this is not about becoming a man, this is about becoming who God designed humanity to be: able-bodied people reflecting God’s image bearing stewardship into the world.  Women and men equally share this responsibility and no limitations in Scripture tell us otherwise.  According to both Constantine and the “Great Tradition” men are lifted up and women are a lesser helper.  Fortunately the Bible gives us a different picture.

For Constantine, the sword and cross went together – the Church triumphant.  The church became “masculine” as it carried weapons of warfare into battle to kill the “enemies of God.”  As this took place, women were further marginalized from the church as a masculine ethos invited Christian men into war for the state.  “Masculine Christianity” looks like Constantine, it looks like the sword, it looks nothing like Jesus. 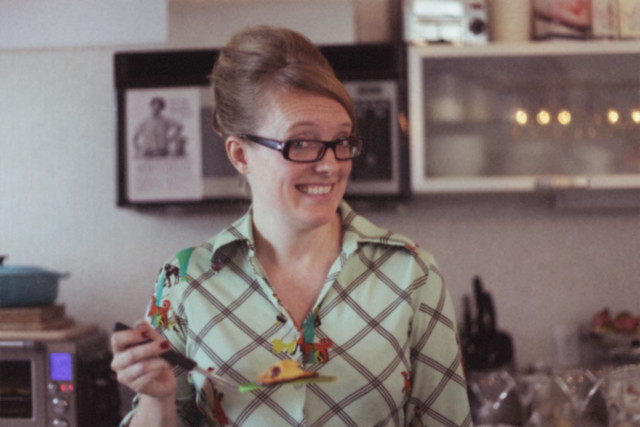 A second development in so-called “masculine Christianity” emerged in the late 1800s with a call back to Victorian family code values.**  In this system, women organize the “private sphere” such as the home and church (which led to some feminizing in the church as women were the primary congregants).  Men, therefore, operate in the “public sphere” including: politics, industry, etc.  When this system of separate spheres collapsed as women entered into the public arena, many men reacted hoping to recover the essence of male identity. This shift yielded some of the roots of the fundamentalist movement that sought to define a clear-cut “moral code” that all should live by.

In order to reclaim maleness, fundamentalism arose as a return to “family values” and called women to embrace the godly calling of submissiveness.  It also called the women to quit experimenting with sexual experiences outside of marriage, dancing, smoking… well, basically anything connected to “flapperism.”  Many of the moral values the new fundamentalists put forth represented a good biblical ethic, but an over-emphasis on masculine values came with this “moral code,” along with a “this vs. that” approach to theology.

In order to defend a “moral code” they created (in an effort to recover their Victorian roles and impose this on their women), fundamentalist men:

All of this, they justified on the grounds that the Bible should be read in the “plain sense,” which is how many of the hyper-literal readings of Scripture are still embraced in many fundamentalist/conservative evangelical churches.  Why did they do this?  One reason certainly involved that when gender roles began to get questioned or blurred, men reacted by grabbing hold of what they could to feel secure in their “masculinity.” A plain reading of the New Testament manipulates the biblical vision for women’s roles, oppressing half of the church, thus holding back the kingdom from a fuller manifestation.  This sort of interpretation kept women in their supposed proper place – in the home, out of church leadership, and out of the public sphere.

It’s time to devoid our Christian jargon of anything that places the “masculine” in the center and marginalizes the “feminine.” Both male and female are unique in their God-given natures, but those are the very differences that make us stronger as the people of God.  This is a characteristically different kind of faith than “masculine Christianity” would want to embrace.  The temptation of that sort of faith-system is to take up the sword once again. Perhaps not involving a sword of physical violence but a violent form of doctrine that imposes a subordinate status on women.  Victorian spheres don’t define gender, the biblical narrative does.  Instead of speaking of “masculine” or “feminine” Christianity, we ought to refer to our ethos as – “image-bearing.” As women and men partner together in every sphere of life, God’s image will bring life and liberation through the power of the risen Jesus.  For in Christ there is “neither male nor female… for [we] all are one in Christ Jesus” (Galatians 3.28).

* This post is partly a response to Rachel’s call for some guys to speak out against John Piper’s recent comments.
** Source: UNGODLY WOMEN: Gender and the First Wave of American Fundamentalism; Betty DeBerg

#1 Speaking in Tongues is from the Devil, Unless Interpreted

February 4, 2012
Christian Leaders Speak Out Against Cockfighting Cruelty
Next Post

February 7, 2012 They Called Me a Communist
Recent Comments
49 Comments | Leave a Comment
"big fan of Boyd"
Owen W Recommended Resources: "Spiritual Warfare" Series by ..."
"Wait"
Julia 2 Reasons NOT to ‘Keep Christ ..."
"What"
Julia 2 Reasons NOT to ‘Keep Christ ..."
"Only having come cross this blog today, as a South African, I would like to ..."
Keith McLachlan Name Change Myth: Saul Never Became ..."
Browse Our Archives
get the latest from
Progressive Christian
Sign up for our newsletter
POPULAR AT PATHEOS Progressive Christian
1

Raised on Original Sin
It hardly seems possible that I am now in the tenth calendar...
view all Progressive Christian blogs
What Are Your Thoughts?leave a comment
Copyright 2008-2021, Patheos. All rights reserved.