My Experience at the First Taping of the Rob Bell Show 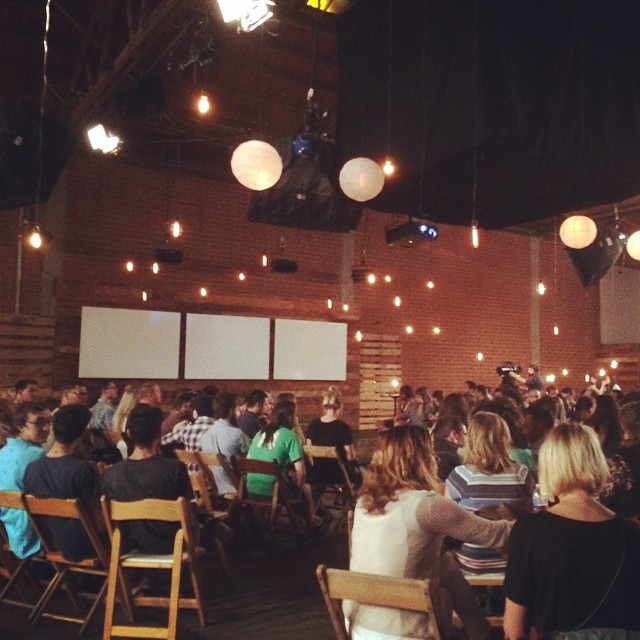 The following reflection comes from my close friend Dale Best. He’s the Director of Communications & Production at Neighborhood Church.

On Wednesday night, I had the privilege of attending the taping of the first two episode of the Rob Bell Show. The new show, which is tentatively set to debut on Oprah Winfrey’s OWN later this fall, features the pastor and author doing what he does best: connecting with and communicating to audiences who consider themselves spiritual but are burned out on religion.

Some time ago, Bell and his friend, screenwriter/producer Carlton Cuse (Lost, Bates Motel) produced a show demo starring Bell and began to pitch it. The reel landed on the desk of Sheri Salata, the president of OWN and Harpo Studios. That led to Bell’s friendship with Winfrey. In addition to interviewing Bell on OWN’s Super Soul Sunday last year, Winfrey also tapped Bell to be a featured guest on her upcoming “The Life You Want” Tour.

According to Salata, this week’s show filming, along with others to be filmed this summer, will possibly find their way onto OWN’s programming later this year.

ARRIVING AT THE STUDIO
A house band was playing music as the audience was ushered into the brick-walled studio. Dimly lit incandescent light fixtures were hung throughout the space to create a very intimate environment for the 200 or so audience members. After the studio audience assembled, Salata and Cuse addressed the audience about their excitement for this next chapter of Bell’s ministry.

FORMAT OF THE SHOW
Based on what was presented during the Wednesday’s filming, Bell is breaking the mold a bit when it comes to a typical talk show format. Whether or not it changes remains to be seen but what was presented gives Bell the freedom to dialogue openly about his ideas and thoughts while keeping the focus squarely on those he’s directly interacting with. The episodes broke down into three parts:

1: Interactions with the audience based on answers from the anonymous survey. Bell banters back and forth with his audience about personal life stories. Over the course of the evening, we met a man who has an affinity for wax museums, a woman who gave up her 7-digit income to become a stay-at-home mom, and young pastor who was fired from his church job because (well, you can probably guess why) and a woman who refuses to eat fruit that’s been altered from its original state.

2: A TED Talk-like message where Bell shares his thoughts. This gives Bell the chance to shine where he is most effective. He proves he’s a powerful communicator who tells simple stories and simple ideas with a very specific destination in mind.

3. Questions from the studio audience about what Rob just shared.

Author Note: I’m a notetaker when it comes to learning from teachers and speakers and I wasn’t able to take notes in the studio. Nobody was. The content I’m about to share comes from what I loosely remember. I’m good at remembering big ideas. Not so great at remembering specific quotes and thoughts.

CONTENT OF THE FIRST EPISODE
Bell’s first episode is about CREATIVITY and the spark we’ve been given as image-bearers of the Almighty to create beautiful things in this life. After a short intro about a kid’s experience with back wall of a Lego store, Bell quoted Rabbi Abraham Heschel:

“Never once in my life did I ask God for success or wisdom or power or fame. I asked for wonder, and he gave it to me.”

Bell explained how each human being, no matter how they’re wired, is creative in their own unique way. You could crunch numbers or count beans for a living but you’re still making spreadsheets which is a creative act.

Bell talked about the meaning of life narrative that was floating around in culture thousands of years ago … how people back then wondered about the big questions of life. The dominant narrative was that of violence and brutality and death. That everything in life pointed to those things.

BUT. There was a group of people who came along and said NO. Life is beautiful. Life is good. And everything in creation points to something that is full of a beautiful energy that holds it all together. That narrative was recorded in what we now know as Genesis 1.

So we have a choice in our lives to live as people who are bored, cynical, or in despair. Or we can embrace the full potential of living in the present so we don’t miss the beauty the Almighty is calling us to co-create with Him.

CONTENT OF THE SECOND EPISODE
Bell walked out carrying a backpack. It would become a beautiful metaphor later in this episode.

As he conversed with his audience, he began to share embarrassing photos that were submitted with the pre-show anonymous online survey. Stories were told about the circumstances behind the photos, blamed on bad fashion fads from years ago.

As much as these photos were a small part of these people’s life stories, what’s hard is that every individual has stories from their past that aren’t as easy to let go of. Chapters that include failed relationships, job loss, bitterness, trauma, sickness, death and disease.

Bell then switched gears and showed pictures of crosses. Today, our culture sees the cross as a fashion statement … something we wear on necklaces and earrings. People for centuries have seen the cross, something originally used as an instrument of death, as something much different. Bell introduced the idea of reconciliation through sharing Colossians 1:20:

and through him to reconcile to himself all things, whether things on earth or things in heaven, by making peace through his blood, shed on the cross.

Every human has junk. Weight. Baggage we carry around that keeps us from living whole and peace-filled lives. He shared how the Cross is meant to be something that reconciles ALL things.

When it comes to our junk, Bell got real practical. He challenges people look at their junk through the lens of the Cross … and to:
1. Name it.
2. Own it. Understand that it happened and that it’s okay.
3. Share it. Be willing to say Me, too to someone else.

When harsh circumstances and experiences are shared with others, something beautiful happens. Someone else can look at your story and find themselves in it. Pain becomes something that isn’t carried alone (backpack metaphor) but shared and brought into the light so healing, reconciliation and restoration can happen.

WHAT BLEW MY MIND
In the first two episode of his new show on OWN, Bell is challenging the audience to see the divine spark that God wired within each human being and to consider the Cross of Jesus. Think about that for a second.

To meet the God of Wonder.

And to consider the Cross of Jesus.

And its power to heal and restore your life.

My friend, Patrick, shared something with me when I told him I was going to the taping … something I’m sure that’s on the heart of a lot of young evangelicals. Patrick said:

Everything I know about Rob makes me think he’s a great gift.

I know a lot of people are critical of Rob. You may not agree with him on every little tiny nuance of the Kingdom. But I believe he’s an important voice in re-shaping the way those outside the Church are viewing Jesus and his Kingdom. And he’s been given this amazing platform to share the Cross, the Resurrection and the Love of Jesus. As someone who appreciates good storytelling and excellent communication, I’m excited to see how he’ll communicate the Kingdom in this new format.

May 15, 2014
Introducing "PangeaCast" - a new missional/anabaptist podcast resource
Next Post 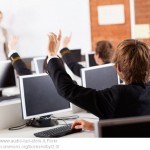 May 20, 2014 Sitting at the Feet of a Female Seminary Professor - What Cedarville is Missing!
Recent Comments
11 Comments | Leave a Comment
"I am a seminary student and I do not see concrete proof in a Rapture. ..."
Charles Owen Why the Rapture isn’t Biblical… And ..."
"Good luck on trying to politely tell those who favor Patriarchy or complementarianism that you ..."
esbee Mutuality in the Church for the ..."
"yup, have you ever heard a Hungarian pronounce Gyorgi? George is WAY easier. I've never ..."
RMS Name Change Myth: Saul Never Became ..."
"The usual strawmen and abysmal research from someone with an axe to grind...and still manages ..."
Sojourning Whyman Why the Rapture isn’t Biblical… And ..."
Browse Our Archives
Follow Us!

The Theology of Riot
The New Paraclete