God for Guns: A Christian Response to Yet Another School Shooting 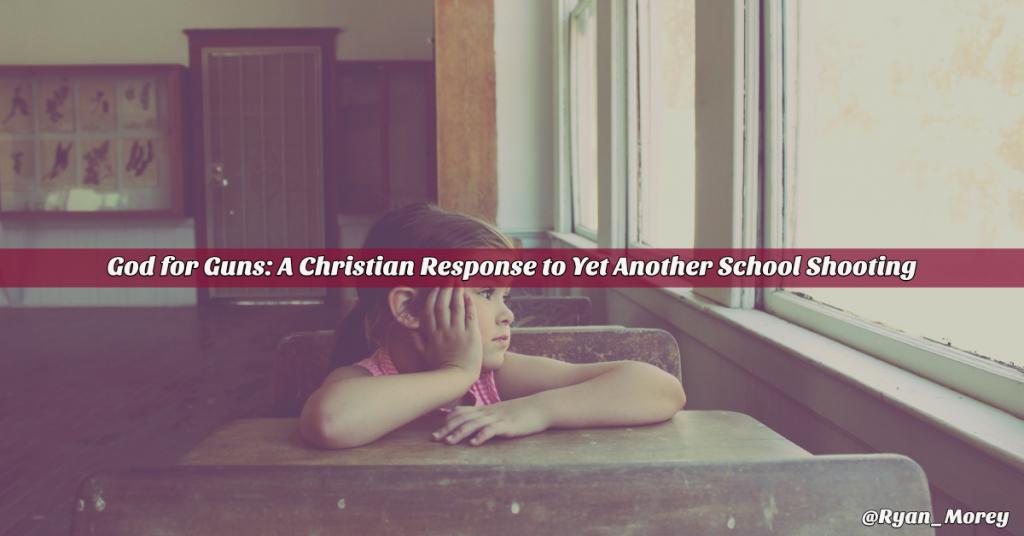 A Note from Kurt Willems about this guest post:

This is a guest post from my friend Ryan Morey. He’s my ‘in-the-flesh’ / hangs-in-my-small-group kind of friend. He is also a great thinker and writer. Here’s his mini-bio:

It happens every time there is a mass shooting and they seem to be happening with greater and greater frequency. Every single time there is the same loop, the same cycle of very emotional responses to the violence. There is the lament; someone changes their online profile image to one of solidarity, “thoughts and prayers” are delivered and the blood even has time to seep into the earth there is the cry to not politicize these deaths. There is the paranoid cry for protecting the Second Amendment rights and the guns attached to them.

In America we love our guns.

Really one could say, we don’t love them, we worship them. This is very clear from the numbers. For instance, for every 100 people, there are 88 guns within the United States. (Mccarthy, Beckett, & Glenza, 2017) It is estimated there are about 265 million guns in U.S. citizen hands. These numbers might seem outlandish, but this is largely because roughly half of these guns are owned by a mere 3 percent of the population. (Jervis, 2016)

The problem still persists, and if the students from Parkland, Florida are any indication, it’s not going to be something we can ignore any longer. Because of this those who want to hold onto their automatic and semi-automatic weapons and make no changes to the difficulty of acquiring them have to find ways to protect these children without removing those guns. The ideas most often touted are either arming teachers or hiring and arming veterans as a deterrent to these active shooters. However, since most of these shooters are counting on assisted suicide, I don’t see this as a deterrent.

The Good Guy with a Gun Myth

This is all dependent on what has been called the “Good Guy with a Gun Myth”, the idea that the only way to stop a bad man with a gun is a good guy with a gun. There really doesn’t seem to be that much evidence to demonstrate this overall. One instance touted by those who support this myth of course is the church shooting in Texas that occurred November 12, 2017. In this instance a gunman, after the shooter had already finished killing his targets at the church and was fleeing, shot the shooter wounding him. Of course, this did not prevent the slaughter at all and only wounded the shooter so that he was still able to get into his car and flee. He eventually did die in his vehicle after being chased into the next county and crashing it.

In addition, at the Parkland, Florida school shooting, there was a “good guy with a gun” there, a sheriff who didn’t even attempt to enter the building. Our love of guns has so completely captivated our imagination that we all think of ourselves as Clint Eastwood, armed and ready to save the day, when the reality is we are more likely to shoot ourselves than “the bad guys.” In all of this I am more concerned about what this says about our culture, and especially Christian culture. I say this because many of those who cling more tightly to their weapons at times like this are Christians who would label themselves as conservatives. These people of course will defend their rights to “bear arms” as part of their heritage as Americans, as this seems promised under the Second Amendment. Of course, I have never actually met one who also claims to be part of a well-regulated state militia, which was the grounds for the Second Amendment in the first place. Beyond this however, I think we get a peek at the larger and deeper issue. What this reveals is an issue of trust, and what we trust is what we ultimately worship.

Some people trust in chariots, others in horses; but we praise the Lord’s name. Psalm 20:7

Here the Psalmist is offering up two ways of being in the world, but to get to them we have to understand a little bit about the place of horses and chariots in the Ancient world. This after all predates the Colosseum and the chariot races of Greco-Roman culture. Chariots were implements of war and violence that were of course led by horses. We might today say that some trust in tanks and others in rifles, but we praise the Lord. The Psalmist is making the case first of all, that whatever we trust in is what we worship. Secondly, I think he wants to say that you cannot trust in weapons of violence as well as God.

Subverting Violence in a Violent book

It would be easy to be confused by this since so much of the Old Testament is stories of violence, but if you look closer, so often they subvert the common ideas of violence. The future king David accepts the challenge of Goliath and so King Saul gets David his armor and his sword. Israel at this time, didn’t really have swords because they hadn’t mastered working with iron yet. So, they actually had to buy them from the Philistines. This is why Saul had to arm David with his own sword and armor, not a lot of others could afford that stuff. Yet the armor doesn’t fit and both it and the sword are too heavy so David goes out with just a slingshot and the clothes he came from Bethlehem in. Then he actually manages to defeat the armored giant Goliath with his sling and his trust in God.

God downsized Gideon’s army multiple times before battle. The walls of Jericho fell because of horn blasts. All of this subverts the ideas that if you want to beat an enemy you have to meet their violence with an equal violence. All of this subverts the trust in the sword. It subverts the way of living that depends on anything other than God for protection.
When Jesus told Peter that if you “live by the sword, you die by the sword” he was not simply trying to get Peter to stop fighting the Romans, he was talking about ways of living or being in the world. If violence and the sword, or a gun is what you depend on when it gets scary, that will be what takes you out. Some trust in swords and others in guns, but we will praise the name of the Lord.

Of course, whenever you talk about this sort of issue, you inevitably run into the big “what if” worst case scenario questions. I’d like to suggest first of all, that we don’t know. I don’t know. You don’t know. If what we have learned from the good guy with a gun myth if anything is that we really do not know how we will react in situations. All I can say is that I hope to have instilled in myself the kind of character Hugh Deweber has.

Hugh Deweber was the pastor at the church where I grew up. He was a tall man, with white hair, a pug, and the warmest smile. He lived sacrificially in many ways the entire time he was pastor there. The lessons I have learned from him will continue to shape me in many ways. I do think none will shape me more than this one.

One evening, while he and his wife were home we awoke to a noise. He got out of bed and walked out of his room and into the living room. There he was confronted by a man with a gun. I suppose you could call him a bad guy with a gun, but I don’t think that is how Hugh saw him. I think what he saw was a lonely, broken child who didn’t know how much his Father loved him. He saw a prodigal whose Father wanted him to come home.

Hugh spoke to him in a way that was not harsh or confrontational, but loving. He honored that broken man’s humanity by seeing in him not the enemy, but a brother. He did what Jesus said to do to this man with a gun and loved his enemy. At the end of it the man saw himself the way Hugh saw him. At the end of it that man entrusted himself to Jesus and not to his guns. At the end of it they both walked away whole and loved, perhaps in ways they had never known before. I don’t know the rest of the story for that man with a gun. I do know that I want my story to be like Hugh’s. I want to look into the face of my enemy and see my brother.

Right now, this nation’s love of its weapons has become idolatrous. You can see it by how easily we are willing to sacrifice our children on the altar of the Second Amendment. We have exchanged God for guns. This is especially sad within the church. Many in the church have reinvented God’s image into a god who is for guns. This could not be further from the image of God Jesus. Jesus is perfectly revealed on the cross forgiving those who are crucifying him. God is love and this is how we know what love looks like.

“This is love: it is not that we loved God but that he loved us and sent his Son as the sacrifice that deals with our sins.
Dear friends, if God loved us this way, we also ought to love each other.” 1 John 4:10,11

I am a teacher, and I am a Christian. If our government wants to force me to carry a gun, they can call me a conscientious objector. Some trust in horses and others in chariots, I will praise the Lord. I will not live by the sword, but I will trust in God. I will love my neighbor–even my enemies. 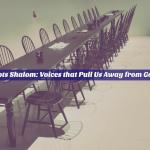 February 8, 2018
Shame Disrupts Shalom: Voices that Pull Us Away from God and Others
Next Post 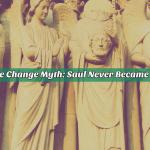 March 8, 2018 Name Change Myth: Saul Never Became Paul
Recent Comments
2 Comments | Leave a Comment
"WRONG! Jesus was clearly speaking about the last days and latter times in which His ..."
Lethal Hazard Why "No One Knows the Day ..."
"The motivational speaker is homest because at least they know people have to so the ..."
Critically Think What’s the Difference Between Preaching and ..."
"big fan of Boyd"
Owen W Recommended Resources: "Spiritual Warfare" Series by ..."
"Wait"
Julia 2 Reasons NOT to ‘Keep Christ ..."
Browse Our Archives
Related posts from The Pangea Blog