Why Christians Should Care About Hebron in the West Bank

It is the city where one building, separated by bulletproof glass, is both a mosque and synagogue. Here houses the legendary burial sites of Abraham and Sarah (Tomb of the Patriarchs).

Hebron is a city of division. Of violence. Of pain. Of apartheid. Of racism. Of militarism. Of despair. Of settlement.

I know this first hand. I’ve been there.

I’ve walked through the checkpoint where Israeli Defense Force soldiers (mostly in their late teens and early 20s) interrogate anyone who looks Arab.

One of these Arab persons was a friend (who asked to remain nameless).

A person of peace, compassion, and struggle, this friend (in his mid-20s) waited as he was harassed coming through the simple checkpoint–while all of us who looked “American” or “Israeli” passed without question.

That is one glimpse of reality in Hebron–and throughout the land of Israel/Palestine.

Some of you may know that nearly 10 months ago, I journeyed to Israel and the West Bank with a team of folks assembled by The Global Immersion Project to learn from peacemakers on the ground–both Israeli and Palestinian.

Although different leaders in the peace movement frame the issues differently, both at the grassroots and political level, the consensus is clear: Palestinians face excessive injustice.

If this is true: Christians should care about Hebron.

From the rooftop of a Palestinian home in Hebron, you can see other roofs with their water tanks on top. The amount of water is rationed out by the Israeli government–if a family runs out during a particular month–tough luck.

From this roof, you also see in the near-distance, an Israeli settlement. These settlements surround this Palestinian city, and is as much a political statement as a theological one: we deserve to be here and you don’t. Friends, I wish I were using hyperbole, but this is just the way it is.

Another example of segregation and racism came in the brand new signs hanging on the border of the settlement.  couple of days later, these signs “broke” as a news story. At the time, I had no idea how new the signs actually were. Hebron has become a prized “cause” for zionism–funded by the Israeli government, zionist groups, and Christians from North America.

Organizations like “Christian Friends of Israeli Communities (CFOIC Heartland)” [1,269,519 Facebook Likes] and “Christians United for Israel” [10,164] unfortunately have historically contributed to this sort of bias against Palestinians.

Both organizations strive to resource these sorts of settlement activities, linking these communities to a particular interpretation of biblical prophecy. I need not go into details on that point as it is easy to find documentation. If nothing else, we can simply follow the money. 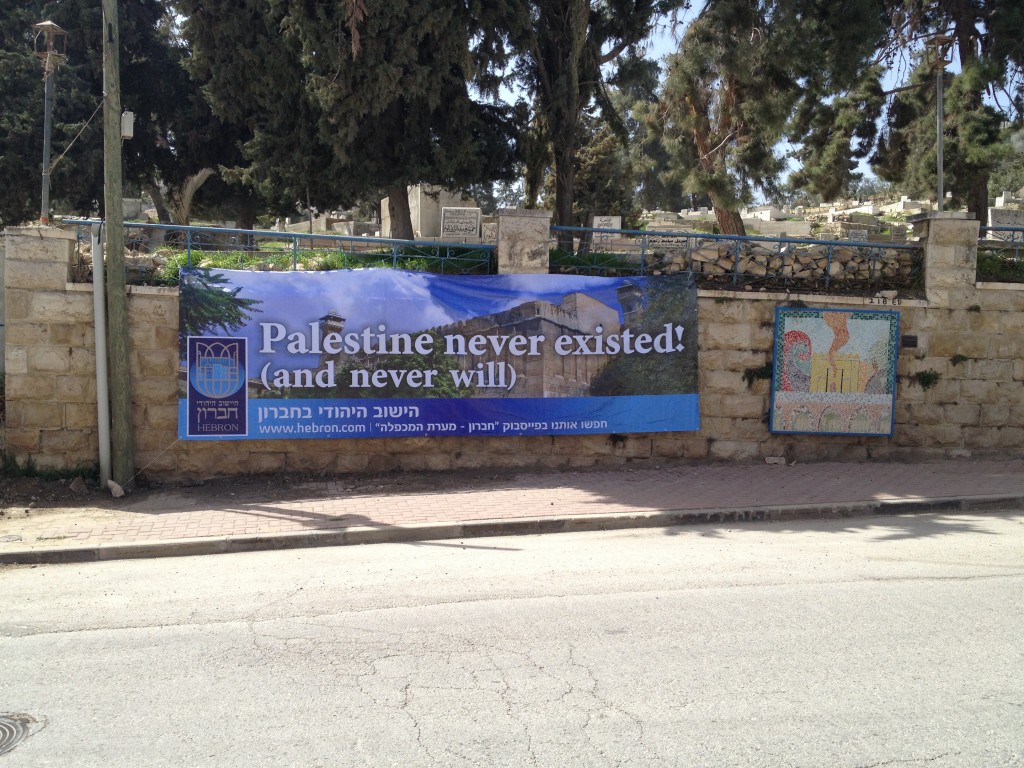 This sort of propaganda further perpetuates violence and hatred. Christians should never support such things.

Christians should care about Hebron–just as Christ would–with the eyes of compassion, conviction, and love for all involved.

Dispensationalists CAN be Voices of Peace and Justice

Christians ought to be a voice of justice and peace.

This is true for my sisters and brothers who hold a mostly futuristic view of the End (premillennialists, dispensationalists, etc.).

Even those who believe that the future of the Jewish people is tied in with the future “End Times” can call out injustice–and have the theological room to do so.

Secular Israel, as one dispensationalist friend told me, is not the same as the spiritual Israel that will emerge in the End (according to that view).

If secular Israel is committing acts of injustice, even dispensational believers (aka Left Behind) can work for peace and justice in this cause. This isn’t to ignore violence on either side, but to name the that the cycle of violence is perpetuated by the system of segregation and disproportionate rights.

Christians should care about the well-being of all who are in Hebron.

One Inside Look: A Palestinian Teen’s Daily Life in Hebron

Having noted that all Christians (including dispensationalists) can work for peace and justice for both people groups, I want to give you a further inside look at Hebron.

Today I was directed to a video from the Breaking the Silence Facebook page that gives a clear picture, based on my experience in Hebron, of what it is like to be a young Palestinian teenager in the city.

What does life under occupation look like for a teenage Palestinian?

A new, powerful short film by filmmaker and activist Yuval Orr attempts to show exactly that, by following 15-year-old Awni Abu Shamsiya as he attempts to maintain some shred of normalcy in his hometown of Hebron.

Hebron, where the occupation is in many ways manifested in its rawest form, is the only Palestinian city inside which there is an Israeli settlement. It is a junction of direct and daily conflict between Palestinian civilians, Israeli soldiers and Jewish-Israeli settlers. It is a city where streets are segregated between Jews and Palestinians,and one of the places where freedom of movement is most restricted. It is the site of some of the worst civilian-led massacres, on both sides, since the beginning of Jewish-Arab conflict. No single work can summarize this city and its machinations, in nine minutes or nine days, but Yuval’s film, in zooming in on one day in Awni Abu Shamsiya’s life, gets as close as anything I’ve seen recently.

I hope you will watch and be stirred towards justice and peace. My prayer is that Christians will being to care about Hebron, the Palestinian people, and the Israeli people. Obviously our “Christian” approaches of the past 50 years have failed.

Perhaps awakening to injustice with help midwife the birth of a new vision for loving the Holy Land and all of its people. 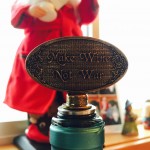 December 23, 2014 Repurposed for Peace: Christmas, Crucifixion & Reconciliation
Recent Comments
9 Comments | Leave a Comment
"WRONG! Jesus was clearly speaking about the last days and latter times in which His ..."
Lethal Hazard Why "No One Knows the Day ..."
"The motivational speaker is homest because at least they know people have to so the ..."
Critically Think What’s the Difference Between Preaching and ..."
"big fan of Boyd"
Owen W Recommended Resources: "Spiritual Warfare" Series by ..."
"Wait"
Julia 2 Reasons NOT to ‘Keep Christ ..."
Browse Our Archives
Related posts from The Pangea Blog