Husbands, Crucify Your Privilege: Ephesians 5 & How Men Take the Lead

… 21 and submit to each other out of respect for Christ. 22 For example, wives should submit to their husbands as if to the Lord. 23 A husband is the head of his wife like Christ is head of the church, that is, the savior of the body. 24 So wives submit to their husbands in everything like the church submits to Christ. 25 As for husbands, love your wives just like Christ loved the church and gave himself for her. 26 He did this to make her holy by washing her in a bath of water with the word. 27 He did this to present himself with a splendid church, one without any sort of stain or wrinkle on her clothes, but rather one that is holy and blameless.28 That’s how husbands ought to love their wives—in the same way as they do their own bodies. Anyone who loves his wife loves himself. 29 No one ever hates his own body, but feeds it and takes care of it just like Christ does for the church 30 because we are parts of his body. 31 This is why a man will leave his father and mother and be united with his wife, and the two of them will be one body. 32 Marriage is a significant allegory, and I’m applying it to Christ and the church. 33 In any case, as for you individually, each one of you should love his wife as himself, and wives should respect their husbands. Ephesians 5.21-33 CEB

This passage is perhaps the most controversial text regarding Christian approaches to love and marriage. There are three broad categories for how this section of Ephesians, and other texts, lead to theological concepts of the so-called “role of women.”

The third perspective does the best to deal with the relevant biblical texts and the culture of first century Roman antiquity. We cannot understand the New Testament teachings on gender unless we understand the world to which they were written. For this, we move now into some brief observations about gender in the era of the early Jesus movement.

Sex and Gender in the Roman World

Any time we talk about a hot topic like gender, we need to make sure that we are discussing the same thing. Here’s a definition of gender to work with that comes from Joan Scott:

Gender is a constitutive element of social relationships based on perceived differences between the sexes, and gender is a primary way of signifying relationships of power…. It might be better to say, gender is a primary field within which or by means of which power is articulated. Gender is not the only field, but it seems to have been a persistent and recurrent way of enabling the signification of power in the West, in Judeo-Christian as well as Islamic traditions…. For concepts of power, though they may build on gender, are not always literally about gender itself.[1]

Gender and power go together. In the New Testament period this was quite true. When it came to sex, for instance, Roman men had specific roles they could play and still remain “manly.” Any passive role in sexual expression, whether that of being on the receiving end of penetration or (even worse) performing oral sex on a woman (considered being ‘penetrated’ by a woman), meant that one was embracing an effeminate identity. For women, prostitutes, slaves, and young men (teens), feminine qualities were assumed. Women were derogated by modern standards. Receiving penetration of any kind was a sign of weakness/softness (in regards to status).

A concept that made an upstanding man considered manly was virtus. Virtus (virtue) in Latin comes from the word for “man,” vir. The idea is that masculine men are those possessing valor and virtue like the heroes of old. Virtus is possible for a woman to achieve at times, but only insofar that she acts like a man. Being morally weak equates to being “soft” (the Latin word mollis): implicitly “soft” like a woman.

Now add to this connection between sex/gender roles and morality the reforms of Caesar Augustus. A wife was deemed an adulteress if she was found to have had sex with any other man. However, a man only committed adultery if his sex-act was performed with another man’s wife, reminding us that women were still seen as the property of men in many ways. That same husband could have sex with “slaves, prostitutes and other unmarried persons with impunity.”[2] Yet, from the perspective of the Augustan program, women’s roles were being elevated because “their good behavior was partly responsible for the health of the state.”[3]

In some ways, highlighting the importance of women to the welfare of the empire is a liberating move. However, women were usually still considered weak. Self-mastery is a goal of virtus and to fail to live up to such a “morality” is to be woman-like or slave-like.

From this perspective Cicero wrote: “Thus everything comes down to this: that you rule yourself… But we must see to the same thing especially in pain: not to do anything in a base, timid, ignoble, slavelike, or womanish way” (Cic. Tusc. 2.53, 55).[4]

Something should be clear by now: women were second-class citizens in the Greco-Roman world, regarded as useful for utilitarian purposes and as morally soft.

Now let’s go back to our passage in Ephesians for just a moment. If we know the context of the Roman world and if we read that with regard to Ephesians–something becomes abundantly clear.

Next, whereas women are called (in the text) to submit and respect their husbands, husbands are called to love their wives. Love! This word if loaded with way more intensity than submission and respect: love is sacrificial. Love seeks the well-being and status of the other. Love dies for others. Christ modeled this sort of love. A love so intense that he gave up the full rights of the Divine to take on human flesh and bones–only to be crucified!

What does this mean? Some take it to justify male dominance. In other words, if we are loving our wives as we lead as the head of the house, then we are doing so sacrificially like Christ. I know many people in complementation marriages who are happy and find joy in life. This approach can work. However, I don’t think this is what the writer of Ephesians had in mind.

If you are a husband, Ephesians 5 invites you to model your relational role after Christ himself: by crucifying your privilege. Yes–take your Roman virtue and nail it to the cross!

The primary message of Ephesians 5 to husbands isn’t–“you’re the spiritual head/leader… so love and lead like Christ. Be the head of the home, but do so sacrificially [insert here: get a job to provide, make the major decisions, allow the wife to stay home to deal with the domestic sphere, etc.].”

Rather, Ephesians 5 has a different point: “Husbands, in this Roman culture men have all the privilege, but in submission out of reverence for Christ, you are invited to take the lead in crucifying your privilege. In doing so, you look like Jesus and can be part of a marriage of mutual image-bearing and kingdom co-leadership.”

Patriarchy was never the goal of the Scriptures. It was there for a time, but the New Testament sets the pace a different direction: mutuality. Complementarianism, although better than patriarchy, doesn’t move with the trajectory of Scripture. There are women who are gifted to love and lead. They must be free to be wonderful mothers, loving wives, dynamic professionals outside of the home, powerful preachers within the church, and spiritual guides for husbands and children.

In this day, where the evidence of Scripture and the experience of the Spirit demonstrates time and time again that women have leadership abilities to offer the home and the church, it’s time for husbands to crucify their privilege. Co-leadership (supporting one another as each is gifted) is God’s gift to both households: of faith and of family.

[2]. Laurence, Roman Passions: A History of Pleasure in Imperial Rome, 76.

[3]. Ramsby and Severy, “Gender, Sex, and the Domestication of the Empire in Art of the Augustan Age,” 44.

Liberating Women for Ministry (my series)

March 26, 2015
Between 2 Gods: A Memoir of Abuse in the Mennonite Community
Next Post 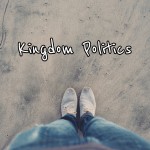