Between 2 Gods: A Memoir of Abuse in the Mennonite Community 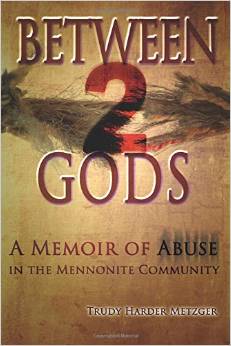 KURT NOTE: What an honor to offer you this excerpt from the new book Between 2 Gods by my friend Trudy Metzger. Read and consider getting her book!

The mountains rise, tall and majestic, stretching into the skies and gracing the heavens—that place where God dwells. I pause from my play, a young preschooler, to take in the breathtaking view, and wonder if I would be closer to God if I were at the top of that mountain. I feel Him in the breezes, see His angels in the raindrops as they dance in the puddles. At least that is how I imagine it. My heart is captivated and I want to know Him, this God who paints the beautiful sunrise and draws the curtains of sunset…

I hear murmurings that my father has threatened to kill us–his family. He flies into a rage, cursing disobedience, declaring damnation on the offender… He offers religion without relationship, and it seems that the church affirms this teaching….

These two Gods—the one revealed in nature, who makes beautiful things and whispers in the breeze, and the angry god who threatens, yells and abuses—collide, head on, in my mind, soul and spirit. I am confused and troubled. I pray to God. I ignore Him. I reach for Him. I shut Him out. I cry in desperation. I scream against Him, inwardly. I long to be held and loved by Him. I cringe. I fear. I flee.

My soul is tormented in the night, as the shadows dance on the walls of my room. I am seven. I am lost. I lie awake, afraid, wondering… I am thirteen… the shadows still strike fear… the creaking stairs terrorize my mind… nightmares torment my sleep… I have tried the God of wrath, and He has left me condemned and lonely. I am abused, neglected and alone. I shut down… become numb and feel nothing. I am determined that I will not suffer forever…

Growing up in a religious environment, where God was feared, parents were feared, and the church was feared, I knew no concept of true love. I might have longed for if, had I understood it. As it was, I longed to be loved, with no understanding of what such a thing would mean.

In my debut memoir, Between 2 Gods, I share a story of trauma and tragedy—intertwined with laughter and hope—in my Mennonite family and church setting; a quest to know the ‘real God’—whoever He was, if He even existed. Glimpses of His hand in nature, and His heart in people, told me He was out there, waiting to be found, but experience told me He was dangerous, if existent. Consequently, I struggled with the very concept of Him, at the best of times.

Just before my sixteenth birthday, I left home; my mind could no longer handle the volatile environment. But, tragically, by running from something, rather than to Someone, I found myself facing the same things, in a new place. Everywhere I turned, I encountered the stripping of my heart, soul and body, until there was nothing left of me but a fragmented shell of who I was designed to be.

It was then, at the end of myself with nowhere to turn, that I reached desperately for the ‘kind’ God, hoping against hope that He was real, and He would help me. With nothing left to offer but my scarred soul and mind, and badly used body, I stretched out my arms, only to discover He already had His outstretched, waiting for me to turn around and see Him.

In one instant, through the story in John 8 of the woman brought to Jesus for stoning, I was confronted with love, so pure and unadulterated, I almost couldn’t absorb it. Deep love, for me. The God of heaven, kneeling before me—positioning Himself as my servant—and writing in the sand to scatter my accusers. The God of heaven, looking up at me to say, “I have no condemnation to offer you. Go, you are free from the sin that had you bound.”

The God of heaven who disregarded the law—even broke it in the eyes of those religious ones—to show me love, asked for nothing in return. No money. No sexual favours. No strict adherence to any law, for this freedom to be mine.

Love: a gentle offer, a quiet invitation. Yet, a bold confrontation of all I had believed, demanding a response; bold, only because of its stark contrast to my beliefs and experience. It defied almost everything I knew, and to accept it required trust; a thing that was destroyed in me, almost immediately after my birth. How was I to trust Him, a strange God? And would it last?

Read the rest of the story in my brand new memoir Between 2 Gods. I invite you to journey with me through triumphs and tragedies, through tears, intermingled with laughter. And in the rise and fall, discover the God who loves extravagantly; the God who never leaves or rejects us.

Trudy Metzger is a wife to 1, mom to 5, and mentor/coach to many! She is a Certified John C. Maxwell Speaker/Coach/Trainer, and Founding Partner of the John Maxwell Team. She does conferences, retreats, and works with trauma victims, helping them reclaim freedom, find their voice and live with confidence.

Foreword by Boz Tchividjian, founder of G.R.A.C.E (Godly Response to Abused in the Christian Environment) and law professor at Liberty University School of Law, and grandson of Billy Graham. 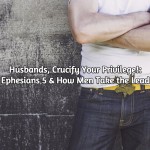