5 Ways Christians Can Be Better Friends to LGBTQ Persons

The following post is written by my friend Preston Sprinkle. He comes at this conversation, as someone with a fairly traditional theological perspective and yet full of love and openness. At our church, Pangea, we actually have folks on both sides of the theological spectrum—all who choose to break bread with each other. Voices like Preston’s would fit quite well in our context. His recent written work addressing a Christian approach to LGBTQ persons is full of empathy and wisdom.

His book (listed below) is one of the few that I recommend for people wanting to learn from a more “traditionalist” viewpoint [for a progressive perspective, read Justin Lee, Matthew Vines, and James Brownson]. This guest post demonstrates why I respect Preston so much. He challenges Christians (especially traditionalists) see LGBTQ persons as people to be loved.

Preston is the author of two recent books on homosexuality: People to be Loved: Why Homosexuality is Not just an Issue and Living in a Gray World: A Christian Teen’s Guide to Homosexuality (both published by Zondervan). Preston blogs at Theology in the Raw and teaches at Eternity Bible College in Boise, Idaho.

I’ve talked to a lot of LGBTQ people over the years. And while their stories are beautifully unique, almost all of them have one thing in common—A terrible experience with Christians. And here’s the thing: their terrible experience usually had little to do with the church’s theological position, but with the dehumanizing posture we’ve had toward LGBTQ people. My friend Kenny is a gay Christian, who recently led a college campus Bible study for LGBTQ people. Besides being LGBTQ, all of the members had three things in common. They were hungry to know about Jesus, they all thought about or attempted suicide, and they were scared to go to a Christian church.

They weren’t turned off by a compassionate presentation of a traditional Christian sexual ethic. They were literally scared to cross the threshold of a church for fear that they would be mocked, scorned, dehumanized, and shown the door. And most of them had personal evidence for their fear.

I have another friend named Caleb who was raised by a Lesbian mother and a gay father, who divorced when Caleb was two years old. Caleb grew up marching in pride parades with his mother. In his first parade, he recalls the joy that permeated the crowed as they cheered he and his mother on. But at the end of the parade, a small batch of angry people were yelling and spraying them with urine-filled water guns.

“Why are they doing this, mom? Why do they hate us?” Caleb asked his mother.

She replied: “Oh, those are Christians. And Christians hate gay people. This is just what they do.”

Caleb responded: “Ugh, I never want to be a Christian.”

You may have never spayed urine on participants of a pride parade, and maybe you haven’t shunned or dehumanized a gay person in church. But reality is: this is your narrative. If you’re a Christian, you’re part of the story of how Christians have treated sexual others. When LGBTQ people think of Christians, images such as these often come up. We need to reverse this image; crush this reputation. Here are five things Christians can do to display a better posture and extend the love of Christ to the LGBTQ community.

Shut up. Stop preaching. Stop correcting. Don’t give your “stance” on the issue. Just listen. To listen is to love, and you can’t love unless you listen. And Christians are often not very good listeners. We’re too busy preaching and correcting and judging. So take some time and get to know a person who is LGBTQ. Buy them lunch. Get to know them. Listen to their story. And don’t cap off your encounter with an exposition of Romans 1. End by saying, “I’m a Christian and I just want you to know that I’m so thankful that you exist. And I’m sorry for any harm you’ve experienced by other Christians.” Christians who love, listen. And by doing so, they love.

Many Christians are ignorant about the complexities of the LGBTQ discussions. We’re like a single drum in a one-man marching band. “Homosexuality is a sin. Period.” But is it? What do you mean by “homosexuality?” Even if you believe that same-sex sexual behavior is against the will of God, this doesn’t mean that homosexuality is sin. After all, a person could be totally gay and yet living a life of celibacy because they hold to a traditional Christian ethic. Yet they would be included under the broad concept of “homosexuality.” Are they in sin? I’d say they are the epitome of faithfulness. We need to learn more about the complexities of homosexuality and gender issues so that we can understand people better. To understand is to love; you can’t love without first understanding.

Christians often talk about taking a stand on homosexuality. This usually means you stand against same-sex behavior. But being a faithful Christian also means standing up for those who are threatened and shunned by the religious elite. Jesus stood up for a women caught in adultery, dinned in the home of a tax-collector, and welcomed the lepers, the disabled, and the poor. Jesus stood for those who were shunned and dehumanized by the religious elite. Christians—all Christians—should stand against the bigotry and bullying that still faces the LGBTQ community. Even if you think gay sex is sinful, if you’re a Christian, you still believe that LGBTQ people are prized and valued in the eyes of God. And we should be the first ones to stand up for any person who is not being treated with love.

Christians need to tear down the thick walls of “us/them” rhetoric. We still talk about LGBTQ people as if “they” are some sub-species of the human race that live somewhere over there. Sometimes the pronouns “us/them” are unavoidable. The English language demands it. I’ve used these pronouns several times in this blog! But we should nevertheless see LGBTQ not as them but as us and go out of our way to identify and empathize with “them”—I mean, “us.” They are we: beloved and beautiful people valued and prized by our Creator. We need to change our posture. We need to talk about homosexuality as not some issue to be debated, but as a people to be loved—loved with the good news about a Savior who became marginalized to identify with those shunned by the religious elite. What if the woman caught in adultery (John 8) was a gay man caught in the act? Would we absorb the stones from the religious elite as Jesus did? They are we.

Christian love is strange. It’s different. It’s upsetting and troubling and dangerous. Christian agape love is committed to people regardless of whether that person lives up to your religious standard. It values people as people, and it cherishes them as beautiful image bearers of God. Love is sacrifice. It lays down its life for neighbor and enemy, sinner and saint, religious and atheist, gay and straight. A love that’s selective is not Christian love. The cross of Christ critiques the traditional posture of the traditionally minded evangelical church. We can love the LGBTQ community in ways that reflect the counter-(religious)-cultural love of Christ, who poured His life into those who were shunned by the religious leaders.

THIS WEEK ON THE SERMON PODCAST: “We,” a series about the core values of Pangea | Communities in Seattle, Wa. On Sunday we looked at our core value: Inclusive – We choose to invite everyone to the party. We talked in depth about exclusion and what it looks like for us to love our LGBTQ friends in our church: iTunes, Feed. 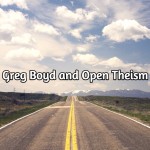 November 15, 2015 Dining Disaster in Galatians: A Dinner that Went Wrong, but Not for the Reasons We’ve Been Taught
Recent Comments
71 Comments | Leave a Comment
"Only having come cross this blog today, as a South African, I would like to ..."
Keith McLachlan Name Change Myth: Saul Never Became ..."
"Growing? In my experience, these new-fangled pop-ups arrive with a $100,000 AV set-up, a rock ..."
KraigDeKompressorKruncha Sometimes Reading the Bible Literally is ..."
"Yes I read this idea awhile back in a comment on a different article, who ..."
Tom Minkler Sometimes Reading the Bible Literally is ..."
"I agree with this article, to me anything man made is pagan worship and idolatry ..."
Susan Koesters Just Jesus & Unjust July 4th: ..."
Browse Our Archives
get the latest from
Progressive Christian
Sign up for our newsletter
POPULAR AT PATHEOS Progressive Christian
1