Cultivating the Eye of the Heart 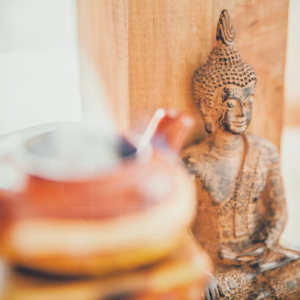 Humanity, if we are to flourish as we should and can, meeting our fullest potential, is in need of two essential things. First, we need to be rescued from our illusions, which brings us out of loneliness. This is only possible when we establish the vertical relationship the Divine Being. Secondly, we need to serve others, relieving burdens and comforting those in distress. This is the horizontal relationship that flows naturally out of the vertical. A true spiritual path should, in ideal conditions, meet this end, assisting us in developing both. Unfortunately, most religion has been detached from the heart of the teachings which gave rise to them. Fundamentalists, undoubtedly diligent in their observance of the exoteric aspects of their religion, are busy with the externals alone-prayer and ritual-removed from the esoteric aspect of their religion. This means their distinctive doctrines actually serve to separate them from their neighbor who has embraced another aspect of Divine revelation, or who don’t embrace any at all at this point in their lives. It is one thing to respect and preserve tradition, but it is another to hinder the ability of Truth to comfort, enlighten and change lives. Those attracted to the Perennialist perspective that I teach from are usually people initially attracted to spiritual life that is formlessness and open. However, this perception of formlessness should allow you to move to greater concreteness of practice over time. In other words, it restores the correct development of a spiritual path of form. It starts with the metaphysical (esoteric, formless) and gradually matures into the exoteric in a healthy, organic way. Those attracted to these teachings intuit the fact that the Divine Being, Absolute Truth, transcends the formalities of historical institutions of faith, including their particular exclusive revelations. The shared wisdom of these traditions is the clearest depiction of that Absolute Truth that we can experience. But even in transcendence there is form. This is something only the mature will comprehend.

This approach doesn’t mean we’re ignoring spiritual tradition or attempting to invent our own religion. Our lives play out in the Material world, which is a world of forms. And so, our spiritual journey will also play out in forms at times. The true spiritual adept adheres to these traditional forms-that is, the rites of spiritual tradition-rather than slapping together some novel rite of our own invention. To be sure, all traditional rites can be adjusted according to time, place and circumstance, as is taught in the Vedas, but we’re not inventing anything new. We’re simply adjusting the ancient. Those attracted to these teachings are also not given to utopian illusions. We don’t believe that everyone will understand this ancient wisdom. Some are stalled at the formless stage of spiritual growth, others are still trapped in illusions and only want the answers that suit their disposition, while others just outright reject truths that threaten the ego. Our responsibility is to try to explain the truth to them in such a way that they can break free from their self-created limitations to growth, and then to simply let them reap the return of their own decisions. When they reject it, we simply say, ‘I leave it to Kami-sama (God/dess) to reveal it to you. Go in peace.’

Deep inside we all know Truth when we encounter it. Some may resist it by denial, anger and silencing the voice of that Truth, but they know it is Truth, nonetheless. This witness of Truth we feel when we encounter it is the eye of the heart. It is the Soul witnessing to the mind that it has made a transcendental connection. It takes time to clue into that witness, and initially we all resist. So, be patient and remind yourself when you hear or read these Truths that your rejection of something may indeed be the ego caught up in the various illusions of the material world keeping you from fulfilling your potential.

About
Jake Davila is a Theologian and Philosopher who has contributed to programming for CNN, The Travel Channel, National Geographic and others. He is of the Traditionalist School of the Philosophia Perennis and is firm in his belief that we can gain knowledge of God, and that all spiritual truths, despite their differences, share a common Source. His approach to spiritual life is inspired by such teachers as Mokichi Okada, Dengyo Daishi, Chaitanya Mahaprabhu, Rene Guenon, Ibn Arabi, Seyyed Hossein Nasr, and Isa Nur ad-Din. He holds a 5th dan in a Japanese school of Budo and hosts a radio program featuring Japanese Metal music which airs every Thursday at 7 p.m. eastern on kcorradio.com You can read more about the author here.
Previous Post 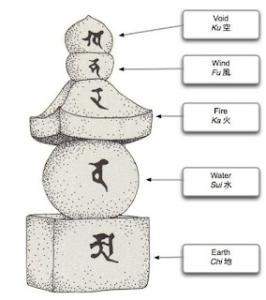 More Voices
The Power of the Godai
The Perennialist Perspective 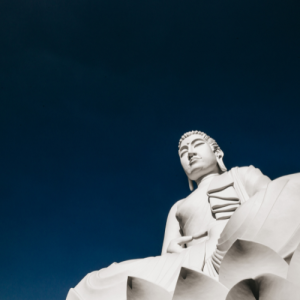