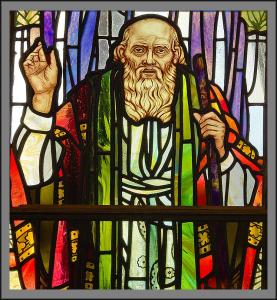 The prophets of the Hebrew Bible spend the bulk of their spoken and written words on accusing and indicting their people with the myriad ways they have not done what their God has asked, begged, cajoled, and demanded that they do. YHWH commanded them to be just, to care for the widow, defend the orphan, love and protect the stranger, thus creating a society of genuine righteousness where all have full access to rich life, grand hope, a society characterized by a love that simply cannot be broken. It all sounds at the same time so glorious in its appeal and so appallingly sad in its complete lack of fulfillment. Little wonder that the Bible has often been seen as the source of the most negative view of human beings imaginable. Over and again in the Bible’s pages you and I are simply no damn good! Hence, God’s constant, and ultimately fruitless searches for ways to make us all better, sending prophets, lawgivers, teachers, and finally, for us Christians, God’s own son to show us how to clean up our act. To date, each of these Godly gifts has failed. How else may one conclude after even the most cursory look at the lives we have created on God’s earth, characterized by a crumbling environment, unabashed greed, grinding poverty, hatred enough to spread throughout the world, and lack of concern by many of us for any of these enormous problems. The Bible has pictured for us a God who wants us to be creatures that we plainly are not. No surprise then that the Hebrew prophets rail away at us and our glaring shortcomings.

Yet, they do not always rail. In each of them we read passages that often begin, “the days are coming, says YHWH,” followed by words of glorious hope and future comfort, including forgiveness for all of us in God’s overflowing compassion and promises for a better future with God and with one another. When I first studied these prophets seriously, I learned from my teachers that whenever one of the prophets began to talk about a future hope, it was more than likely that the prophet had ceased speaking and a” later editor,” some fearful and subsequent reader, had taken over and attempted to provide a divine hope that the “original” prophet clearly did not have. Again and again I heard and read that especially the 8th century BCE prophets—Amos, Hosea, Micah, Isaiah—had only condemnation in their mouths when they confronted their people, since they had all fallen far away from the God they claimed to follow. They promised those people inevitable destruction if they refused to change their evil actions, and lo and behold they were destroyed when the Assyrians flogged the northern kingdom of Israel and the Babylonians assailed the southern kingdom of Judah. I was taught that any positive word out of the mouth of, for example, Amos, for example his language of Amos 9 about “the hills dripping sweet wine,” were the pipe dreams of a later writer who just could not stand the truth of the prophet’s harsh indictments.

I am now not so sure about that easy division between harsh charges and positive hopes, and here is why: just why are these prophets moved to speak at all? Do they not finally hope that their words will effect change? Are they not in the end convinced that if they speak powerfully and forcefully enough, some will hear them and will turn their lives back to YHWH? Are they not so steeped in the power of their God that they feel they must speak hard words, believing that at least a few folk will heed their word and will again follow the God they have come to represent? I grant that one could readily question their rhetorical tactics at this point; is it not better to love people into change rather than terrify them into it? Perhaps. But these prophets felt called first to name the problems they saw among their people, to announce with clarity the monstrous actions they witnessed all around them, before they felt comfortable in sharing the reality that their God loved them still. 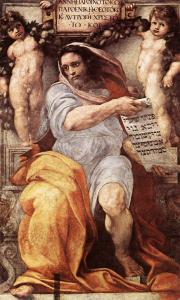 I would suggest that much of the preaching that has been done in the millennia since the codification of the Bible is in fact based on the necessity of naming sin before announcing absolution, of demanding confession before granting pardon. Have we preachers in our time perhaps gone too far in the other direction, attempting to lure our folk with God’s unbounded love rather than to call our and their actions into the most serious question? I admit to being caught between these two poles myself. I spent nearly 30 years of my academic life trying to convince my students that the gospel begins with God’s unmerited love, not with God’s withering demands. If one recognized and accepted the love of God, one would inevitably seek to follow the demands that God had made. I am now not so convinced of that strategy. I remain reluctant to accuse my hearers of their evil before I offer to them what God has for them, but I also see that for many 21st century people, God’s free love and grace sound to them like a free pass to act in any way they choose: if God loves me no matter what, then why should I act in ways different than what I choose, ways that make me happy and comfortable?

Is.65:17-25 is one of those late Isaianic texts that are very hard to locate in time. I was taught, as I said above, that surely 8th century Isaiah did not write this. It is further unlikely that 2-Isaiah, that grand prophet of Judah’s Babylonian exile, penned it either. It is usually assigned to a sort of “grab bag” Isaiah, a third or fourth (or fifth?) prophet of some undetermined time after a few exiles returned to Jerusalem (late 6th century), or perhaps even later than that. Whenever it may have been composed, it is a grand vision of the beloved community of God, and I suggest that it was just as much in the mind of 1stIsaiah as it was in the mind of 2nd Isaiah, as it was in the minds of Amos, Hosea, and Micah, too. For here at last is the community that God designed for God’s people, a place where old people live past 100 years and no one dies young, where there is no weeping in agony of despair, no cries of distress and heartache, where planted vineyards will not be stolen by thieves or enemies, where houses will be built and lived in by those who did the building, where all labor will be good labor, a place where God will answer all people before they even call on God, and where wolves live peaceably with lambs, where lions eat straw rather then meat. No one will hurt or destroy anyone else in a search for power and domination. In short, this is the creation as it came from the hand of God.

It is this community that the prophets want for their people; that is why they are so passionate in their denunciation of their calamitous actions toward one another, why they confront them with their monstrous acts of greed and power-hungry assaults. They hope against hope that their sharp words will pave the way for this community, this magnificent community of love and justice and peace. This is what God wants for all of God’s people and animals, and the possibility of achieving that community is far more important than the particular means we use to achieve it. I sense that in my own ministry of preaching I have too seldom been direct enough about my failures and have offered a too easy gospel. Yet, I also think that the potent prophets of the Hebrew Bible have perhaps focused their words too exclusively on the shortcomings of their hearers to the detriment of announcing the unbreakable love of YHWH to them. However, if they speak as they do in the attempt to forge that divine community, providing on occasion rich glimpses of that community, hints of what can be, surely they offer to us modern preachers models we might well imitate. 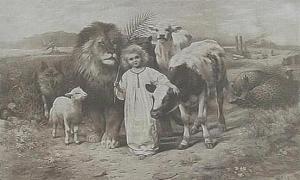 October 21, 2019
The Peripatetic Preacher Visits the Mountains
Next Post