The Peripatetic Preacher and Greed

I read just this morning an article in my local paper (yes, I still read an actual hardcopy newspaper, indicating my advanced age!) concerning a series of interchanges that the writer had been having with various of his readers on the subject of single payer health care proposals. This writer was in favor of such a system, but he received no small pushback against the possibility. The article was based primarily on one respondent who was having none of such an idea. This resident admitted that he had worked hard and had made “a lot of money.” And because that was true, he had no intention of supporting the health care of anyone else who may not have worked as hard as he. It is simply not fair, he concluded, that he should have to prop up any number of people by his hard work and resources, people who may be lazy or shiftless or looking for government help to do what they should do for themselves. It is a classic conservative political argument that has been repeated again and again by those who have done well, and who urge others to do well, too, but if those others cannot do well, then more power to them! In the classic 18thcentury phrase, “Let them eat cake.”

I admit that I find this person’s rationale abhorrent, based squarely on greed and self-concern. And I am struck that so many of those who argue in this way base their position on religious grounds. I do not think they actually believe that such a view is biblical, but stark individualism is a common American belief, that old “pull yourselves up by your bootstraps” palaver that has marked our culture from its very roots. Despite loud proclamations to the contrary, no single American ever fully pulled herself up by her own bootstraps, or high heels, or sneakers. We all have had multiple sources of aid along the way, from parents to teachers to employers to friends and on and on. And though this wealthy man imagines that single payer health care is anathema to any successful capitalist, it is more than obvious that any number of insurance plans, no, in fact all insurance plans, are built squarely on the idea that the more are signed up the better it is for all of us, even the very wealthy. If my house burns down, the fact that I have homeowner’s insurance, along with thousands of others in my plan, makes it possible that I can rebuild my house. When my car is in an accident, the fact that I belong to an insurance plan that includes many other drivers, makes it possible for me to have my car fixed and pay only a fixed deductible to the repair shop rather than the thousands of dollars the total cost will surely be. This is not a full-throated argument for a single payer health care system, but if these other insurance plans work, then I see little reason why a similar system for health care might not be successful for all of us, or at least a system that insures more of our fellow citizens, making it possible for them to access good health care as I am able to do.

But there is the rub, is it not? Should I care for my fellow citizens at all? I got mine; let them get theirs! Let me state clearly what this implies: no civilized society can long continue if concern for the other withers into greed for the few. And that conviction is without a doubt a biblical one! Listen to the darkly comic scene that the 8thcentury BCE prophet Amos pictures one day in the midst of a typical Israelite worship service (Amos 8:4-6). Two comfortable businessmen are seated at the back of the sanctuary, whispering to one another while the clergyperson offers sacrifice and perhaps offers some explanation of what he is doing. “When will the new moon be over, so that we may sell grain, the Sabbath that we may offer wheat for sale?” These grain merchants are not getting any richer by sitting on their duffs, half-listening to their priest go on and on about Sabbath celebration and New Moon festivities. It is obvious that the markets are closed for these festivals, and the two men are chagrined that their accumulation of money has been short-circuited by celebrations that they care little for. Oh, but it is even worse than that! They continue their hushed conversation: “We will make the ephah small and the shekel great, and practice deceit with false balances, thus buying the poor for silver and the needy for a pair of sandals, selling the sweepings of the wheat.” In other words, these are far from upstanding men of money; they cheat their way to wealth by selling wheat weighted with “sweepings,” all weighed on crooked scales. The result of their evil doings is abuse of the poor and needy for whom they care nothing. 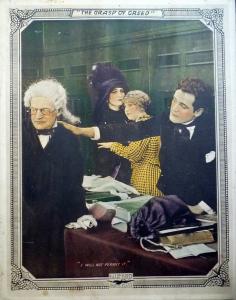 This 2800-year old portrait is prescient about modern greed. These ancient merchants’ self-concern leads inevitably to the abandonment of those on the margins of their society, forcing them to eke out a perilous life of slavery to the rich, lives worth little more than a pair of shoes. These men in Amos’s scene are the epitome of the dangers of the 10thCommandment, “You must not covet.” The word “covet” in the commandment means far more than merely thinking about or desiring something not one’s own; the commandment lists a neighbor’s wife, their slaves, their ox and donkey, in short, “anything that is your neighbor’s” (Ex.20:17; Deut.5:21). The word implies that seeing something not yours leads inevitably to fixating on that thing leads inevitably to seeking to acquire that thing. “Coveting” is greed in action, and such actions are roundly condemned in the Bible in numerous passages.

Colossians is especially cogent. The author, surely not Paul, but just as surely an insightful early Christian commentator, says at 3:5: “Put to death, therefore, whatever in you is earthly: fornication, impurity, passion, evil desire, and greed (which is idolatry)”. It is crucial that we note the list employed here (Paul himself employs such lists that regularly include greed). Greed is among the same earthly desires that rank with fornication and wild passions as dangerous evils that bring on “the wrath of God.” “These are the ways you also once followed, when you were living that life” (Col.3:7). Covetousness, driven by greed, is among the very worst of the evils that we humans can descend to.

Greed, unfortunately, is nearly ubiquitous among us. Unrestrained capitalism is built on greed, wherein the rich prosper while those less rich along with the poor suffer. The 2017 tax cuts offer a parade example. The wealthy have become even wealthier as their corporate tax levels have fallen, while the middle class and the poor have seen practically no improvement at all. The idea that when the rich have more they will share more is a nostrum that has proven false over and over. When the rich have more, they buy more for themselves, for example the $250,000,000 yacht recently purchased by Jerry Jones, the famous owner of the Dallas Cowboys football team. Last night at the Democratic debate in Las Vegas, Michael Bloomberg joined the debaters for the first time, and it was pointed out by Senator Bernie Sanders that Bloomberg’s individual wealth was greater than over 120,000,000 poorer Americans; that is over 1/3 of our entire population!

Yes, greed is alive and well among us. We stand at a crucial juncture in the life of our civilization. When so few have so much, and so many have so little, we few can no longer afford to live as if we have earned and must keep all that we have earned, sharing only a pittance if any, while the many have a hard time keeping any of what they have earned by their work. We may be on a path to disaster, and our greed will surely pave the way. We really are the keeper, the guard, of our brothers and sisters, and if we cannot see that, then we will not any longer be living in anything like a civilized society. We simply must do better! “You must not covet,” commands the ancient seer, and that command is even more right than it was when first it was formulated over two millennia ago. 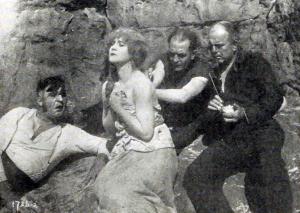