The Peripatetic Preacher and Sabbath

The idea of Sabbath is a very difficult sell in 21st century America. In the capitalist USA, a place that runs 24 hours a day, 7 days a week, the notion of a “day of rest” is well nigh laughable. After all, someone is always working around us, from the night watchman in the building to the sanitation worker in the early morning to the CEO on her way to another overseas meeting. Even those of us who are retired seem perfectly capable of filling our calendars right to the brim. Resting is for sissies, so get back on that treadmill, figuratively or literally, and get that heartbeat up to extend your life. Never mind that that life may be a bit hectic, or over-scheduled, or rushed from pillar to post; long life is where it is at, baby, so crunch that kale, toast that tofu, and sip anything other than soda.

The word Sabbath is straight from Hebrew, and it means either “rest” or “desist/cease.” Those Hebrews apparently invented this notion of setting aside a day for ceasing from labor; numerous attempts to discover the origin of the concept from some extra-biblical source have been failures; Sabbath is a purely Hebrew idea. Of course, the fact of resting each seventh day surely was connected to the lunar cycle of 4 7-day “weeks” per month, but that old time measurement was merely the vehicle for the Hebrew observation of Sabbath that became (much later of course and in another language entirely) from Friday sundown to Saturday sundown. The very earliest Christian worshippers until late in the first century CE observed this same time frame for their worship as well. After John’s Revelation suggested that the author was “in the Spirit on the Lord’s Day,” that is the day of Jesus’s resurrection, now known as Sunday (Rev.1:10), Christians regularly worshipped on the day after the Jewish Sabbath, and except for a few specialized denominations (e.g. Seventh Day Adventists), come Sunday Christians go to church, albeit in ever-decreasing numbers.

The primary texts that refer to the practice of Sabbath, and to the necessity of celebrating or marking the day are to be found in the two lists of the Ten Commandments. The older of the two, according to most scholars, is the list found at Exodus 20:8-11. Though there are many subtleties to be found in this text, I wish today only to focus on the reason given for the observation of the Sabbath day. Here in Exodus, we are commanded to “remember the Sabbath day by making it holy.” “Remember” is a crucial word in the Hebrew Bible, since the faith of Israel is largely dependent upon the great actions and words performed and uttered by YHWH in the past, as well as the significant actions of many of YHWH’s chosen leaders. Hence, we are called to “remember” the day by keeping it holy. To make something holy basically means that we are to set it apart from other days. Something made holy is something unique as opposed to the “profane” (using the word not in the sense of “crude,” rather as “other”). And just why we are to remember by making holy is “because is six days YHWH made sky and earth, the sea and everything in them. Then YHWH rested (“sabbathed”) on the seventh day.” The simple meaning of this rationale for Sabbath: what is good enough for God is good enough for you!

How we are to envision God’s rest is never made clear, but that we are to emulate that rest is evident. Are we to imagine that after the heavy lifting of making a universe, God takes a seat on a comfy settee, grabs a tall cool one, and kicks back for a spell? Or does God do something divine, completely unlike anything we might do or conceive? Whichever we may picture, God’s rest should lead to ours, and that rest includes, interestingly enough, a ceasing of the labor of “you, your son and daughter, your male and female slave, your livestock, your resident alien inside your gates.” It is notable that both slaves and resident aliens, those foreigners who have come to reside with you, either for a designated time or forever, are also included in the rest. The work of the farm must cease completely! I readily admit that I find it hard to conceive just how all farm work can in fact stop for a whole day, but the goal of Sabbath is to allow the complete rest of all who work the other six days. Sabbath rest is a very high bar for the behavior of Israelites. Later in their history, they made the breaking of the Sabbath such a terrible act, that they called for the death penalty for those who dared do such a thing (Ex.31:14)! Our Puritan American forebears took this prohibition with a deadly seriousness, though not very many Sabbath killings were performed, as far as we know. 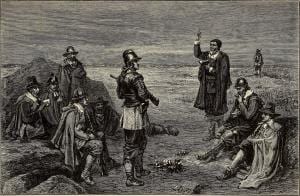 The other place in the Hebrew Bible where the Sabbath command is to be found is Deuteronomy 5:12-15. Here the rationale for “guarding the Sabbath day” is quite different and nothing less than monumental for the faith and thought of ancient Israel. “You must remember (that word again) that you were a slave in the land of Egypt, and that YHWH, your God, brought you out of there with a powerful hand and an outstretched arm. That is why YHWH, your God, commanded you to make the Sabbath day.” Rest for all, especially for slaves and resident aliens, is based squarely in the unique history of this people: they once themselves were slaves in Egypt, the central story of the people. What does it mean that they needed to remember their dangerous and painful past as pharaoh’s slaves?

If they forget that they once were slaves, they will begin to puff themselves up, will decide to lord it over their own slaves, or over their own poor, and thus create a society of a powerful few controlling an oppressed many. And of course, as the later prophets portray again and again, that is exactly what kind of society was created. And such a community continued to exist well into the time of Jesus, who over and again called his followers to remember that they were responsible most especially for those on the margins of society, the poor and the enslaved above all.

Thus, resting on the Sabbath means far more than a day to stop work, a day to cease labor. The Sabbath commandment is designed for the emulation of God, who demonstrated a need for rest, as well as a reminder that your origin story should be determinative of the way you live in the society that you create. Sabbath is not merely a demand that we rest, a lovely opportunity to take a break from our work; its observance may be a crucial one to remind us to order our community in the just and loving ways that God has always had in mind.

So, when can we make Sabbath? Must it be on Friday or Saturday or Sunday? When I was an Associate pastor many years ago in Dallas, we decided that during the hot Dallas summer, our church would worship on Friday night, leaving the weekend free for the many young families that our church included. This was in 1972, as I remember it. I cannot begin to recount the amount of quite angry response from across the country that we received as a result of that decision. There obviously remained a large number of Christians who believed that only Sunday could house the Sabbath celebration. I doubt the response in 2020 would be quite so vociferous 48 years later, but the idea of Sabbath is still, I am sure, connected to only a certain day of the week. Lawn mowing is still frowned upon on a Sunday in more than a few towns and cities of America!

I have tried to show that biblically, at least, this or that day for Sabbath observance is hardly the point, at least in the earliest days of Sabbath observance. Being like God and shaping a just and non-oppressive community are what Sabbath is about. Isaiah 58 offers a wonderful revelation of what Sabbath can mean for the community of God. “If you remove the yoke from among you, the pointing of the finger, the speaking of evil, if you offer your food to the hungry and satisfy the needs of the afflicted, then your light will rise in the darkness…If you refrain from trampling the Sabbath, from pursuing your own interests on my holy day; if you call the Sabbath a delight, and the holy day of YHWH honorable, not going your own ways, serving your own interests, pursuing your own affairs, then you shall take delight in YHWH. I will feed you with the heritage of your ancestor Jacob” (Is.58:9-14). Observing Sabbath should lead to a fuller emulation of God, to a deeper struggle to create a society worthy of that God, a society of delight and wonder, a community of justice, peace, love, and true rest for all. 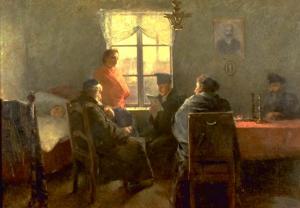