No more appropriate text could be chosen, given what we Americans have just witnessed in our political lives. President Trump was acquitted at his impeachment trial on a strict party line vote, save for the one Republican vote to convict on one of the two counts lodged against the president, by Senator Mitt Romney of Utah, the Republican candidate for president in 2012. At the annual Prayer Breakfast on the very next day, Arthur Brooks, a Harvard theologian, offered an elegant defense of one of Christianity’s most basic principles, the difficult requirement of loving one’s enemies. About two minutes later, the president stood, and, saying he did not entirely agree with Dr. Brooks, proceeded to castigate in grossly clear terms, many of his own perceived enemies, especially Adam Schiff, Democrat of California, whom he judged a “horrible” person, and Nancy Pelosi, Speaker of the House of Representatives, whom he accused of lying when she said “she prayed for him each day,” calling on her deeply held Catholic traditions to do so. In a trice, love of enemies had turned to vitriol and hatred.

I remain astonished, and perhaps thoroughly naïve, to imagine that Donald Trump might present himself in some different guise than we have seen him in for all the time he has appeared on the public stage. Perhaps, at a prayer breakfast, a Washington tradition that goes back 75 years, some aura of unity and harmony might present itself, but after the acrimony of the Trump presidency, I should not have been surprised. I saw again today Bill Clinton’s response after his 1999 acquittal following his own impeachment trial. His words were measured and precise. He admitted sorrow that he had put the nation and his family through the turmoil, due to his lies, under oath, about his affair with Monica Lewinsky. He asked for forgiveness, and urged the nation to come together to pursue the goals that Clinton’s administration had set out to achieve. I am not suggesting at all that what President Clinton did was not wrong, and that his impeachment over his lie was not warranted; that is for the judgment of history. What I am saying is that the contrast between Clinton and Trump at this point post-impeachment is stark, the former, admitting guilt, expressing sorrow, asking for forgiveness for his obvious sin, if you speak religiously, or his huge and profound mistake in judgment, if you speak only politically, while the latter continues to call all of his actions “perfect,” goes on to assault those who are opposed to his actions, and, perhaps most disappointingly, offers no calls for unity for the future. He panders once again to his unchangeable base of supporters, who apparently thoroughly enjoy watching the man demean his opponents, using foul and abusive language that cannot be said on network TV.

“It’s what comes out of a person that defiles,” says Jesus in Mark 7:20. This implies that precisely nothing that goes into a person defiles, thus calling into question the Jewish tradition of purity laws, that by the time of Mark’s writing (70 CE?) were a fully developed list of ritual requirements, including careful hand washing before every meal, precise regulations about what was clean and unclean, and dire warnings against eating impure foods, out of impure vessels, with impure hands (see Lev.15:11 for one source of an increasingly detailed catalogue of requirements). According to Mark, Jesus here joins with Paul’s claim for Jesus that he said “nothing is unclean in itself” (Romans 14:14), and Luke’s announcement in Acts 10:15; 11:9 that “what God has made clean, you must not call impure,” a clear rejection of a host of food laws, hallowed in traditional Judaism.

No, says Jesus in the Gospel of Mark, what finally defiles, what finally is the measure of a person, is what comes out of him or her. And here is Mark’s list of “wicked intentions:” sexual immorality (Bill Clinton? Donald Trump?), thefts, murders, adulteries (Donald Trump? Bill Clinton?), envies, wickedness, deceit, promiscuity, an evil eye, blasphemy, arrogance, lack of good sense” (Mark 7:21-22). This is an interesting list, representing a wide range of defiling behaviors. All the way from murder—surely something that defiles!—all the way to a “lack of good sense.” All save one of these vices are found in the Greek version of Hebrew Bible, the Septuagint that Mark was obviously reading. Only “an evil eye” is Mark’s addition to the list. Perhaps he might mean by this metaphor greed, a common enough vice in the older testament.

Each of these actions defile, says Jesus, and those are the vices that we should give careful attention to. I find the actions of Donald Trump nothing less than defiling, but whether or not such defilements rise to the level of impeachment and removal from office, I leave to others. The fact remains that he is the president for the next year, and those of us who are Christians, I suggest, need to examine with care all actions and words that may be judged defilements. Donald Trump is obviously arrogant, though he hardly has a political corner on that market. Anyone who strives for the highest office in our land must have a huge ego, must be possessed of the certain conviction that he or she has traits unique and well nigh unmatched that would enable her or him to fulfill the tremendous demands of the presidency. Still, arrogance also manifests itself in ways that cloud judgment, that refuses to listen with care to sound advice, that shuts out voices of disagreement. That sort of arrogance, Trump has exhibited again and again. No one can possibly deny that he is arrogant, and that his arrogance prevents him from fulfilling his duties in a consistently useful way.

Donald Trump is greedy, and his immediate family follows him in that greed. I found it astonishing that he would look at his daughter, Ivanka, in a public meeting, a woman who has clearly profited enormously from her position in the White House by any accounting, and say to her that Hunter Biden’s position on a Ukrainian board of a natural gas company should be investigated thoroughly, because there was certainly something shady there, is both a measure of hypocrisy and greed that looks unbounded.

And I would say, with some measure of caution, that Donald Trump is blasphemous, as his remarks at the prayer breakfast indicate. After listening to an eloquent statement of Christianity’s demand to love one’s enemies, Trump said directly that he just had to disagree! No genuine Christian would dare say that loving one’s enemies is not a core teaching of their faith. We attempt to follow one who while dying on a cross forgave those who nailed him there. Forgiveness of enemies, no matter how it stretches us, is essential for all Christians.

I have found President Trump’s statements this week to be egregiously defiling, in the way that Mark’s Jesus enumerates the dangers of defilement. I know all too well that many of my fellow Americans find this analysis to be seriously off the mark, to be itself terribly judgmental, to be partisan blather from a died-in-the-wool liberal Democrat. Yet, I stand in the wake of Senator Romney, whose deep Mormon faith bid him look honestly and fairly at the facts brought against the president, and felt he could do nothing else but vote his conscience, rooted in that faith. When I see the words and actions of the current occupant of the White House, I feel I can do no other. His defiling words and actions must be named and countered by serious Christians, and no Christian should find in those words and actions reasons to vote for the man again. “If anyone has two good ears, use them,” said Jesus with a resonate bluntness at Mark 7:16, and went on to say to his befuddled disciples, “Are you as dim-witted as the rest” (Mark 7:18)? We must open our eyes to the terrible truth of defilement from the mouth of this president, and we must vote accordingly this November. 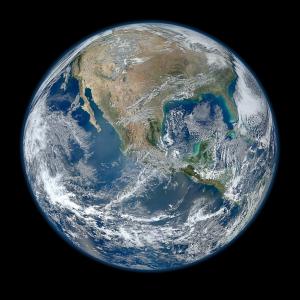 February 4, 2020
The Peripatetic Preacher: Elisha, the President, and the Bad News Bears
Next Post