The Peripatetic Preacher Gets a Pandemic Haircut

This week I got a haircut. No, I do not mean that I whacked away at my own head with blunt scissors, gazing in a hand-held mirror, trying in vain to remember that what I was seeing was the physical reverse of what my hands were trying to do. Nor did I trust my locks to one or the other of my two granddaughters, who seemed all too keen to have at my head. I actually went to my LA barber for the first time in over three months. We are still mainly locked down here in LA-LA land, though various spots are partially opening, among them barber shops with very strict distancing and cleansing requirements. When I arrived at the shop, a building some 50 years old, it had changed significantly. All familiar items—trophies, TV, magazines, photographs—were gone; the walls had been freshly painted, and the barber, Steve, and I were alone in the shop. He wore mask and face shield, while I took off my mask upon entering, since I have a beard and needed that trimmed, too.

Steve has been a barber for more than 50 years, first helping his Dad in the shop when he was a teenager, and then assuming his father’s place. Now at the age of 70, he continues the work. A barbershop run by his family has been on or near its present corner for nearly 100 years, an amazing fact in a city that prides itself on its radical newness. Steve cares for his aging mother, and he and I often talk of his deep love for her, as she passes 95 and continues into her increasing dementia. I have the greatest respect for this man, and he surely knows how to cut hair!

I cannot begin to say how much I welcomed the chance to go back to Steve and have him cut my hair. If you were to see me, you might question why I bother to cut my hair at all. My grandchildren refer to what is left on the top of my head as my “stubble,” an apt description. I like to say that I could save considerable money if instead of paying a flat fee for a trim, I should pay by the individual hair; there is hardly much of it left. Unlike my father, who died over 30 years ago, and had a full head of hair at his death even after three years of chemotherapy, my hair comes from my mother—that is how it works, I am told—whose hair was always thinning and was very thin at her death at 92. Mom gifted me with many things, but lush locks were not one of them. I do have some gray bristles on each side of my generally bald head, and a silver gray beard that grows rather better than anything on the top. So, a trip to Steve is still needed, or so I tell myself.

Yet, seeing Steve, and having him do his thing with my hair, has far more meaning than simply my need to look cleaner, more uniform, less bedraggled. It is a sign that I can go to get a haircut, a simple and common task that I no longer take for granted. During the pandemic, so many of these simple acts have been curtailed, and to perform them once again suggests that I am no longer completely restricted in my movements out of the house.

Still, things at Steve’s corner were definitely not the same. Across the street, several shops were boarded up, not, Steve told me, because they had been attacked by looters during the recent protests against the murder of George Floyd, among too many other African-Americans at the hands of the police, but because the owners of those shops—a restaurant, a tax office, a bike shop—were fearful that their stores would be chosen for vandalism. Steve did not board his windows, because he was certain that he would not be targeted; what was there to take from a near empty barber shop? He well knew, however, that many stores in areas of the city not too far from his shop had been hit, but he knew to make a distinction between the looters and the protesters, a distinction, he said, that some of his customers had a hard time making. Steve understood the reason for the large protests, and he sympathized with those who peacefully said what needed saying. Steve is Latino, and has on occasion felt the sting of racial oppression. He does not ask the political stance of the heads he addresses each day, but neither is he afraid to disagree with those who show ignorance or hatred. He has told me that he has over the years refused to cut the hair of an announced bigot or three. He and I tend in the main to agree politically, but if we probed deeply enough I imagine we could discover some uncomfortable dissimilarities in our outlooks on one matter or another. We like one another, and he cuts what is left of my hair very well indeed. I hope he continues his lifetime work for as long as I am able to walk to his place of business.

I am reminded of the place of hair in the Bible’s story—since as anyone who has read my essays over the years, I am the very definition of Bible nerd. Three stories pop to mind. The most famous is surely the hair of the powerful Samson, shorn by his lover Delilah, when she finally discovers that his massive strength is locked into his flowing locks. He reveals this crucial fact after her wheedling four attempts to get him to fess up. When he finally expresses the truth to her, and falls asleep, she cuts all of his hair off, and calls for her Philistine partners to rush in and blind him (Samson may be strong, but his brain leaves much to be desired!). But all of them neglect the reality that his hair grows back, and when it does Samson kills all of them by bringing their temple down on their heads in a massive suicide. If I had been Samson, the return of my hair would have been so slow that every Philistine would have died of old age before any great act of revenge could have occurred.

And I also remember the time during the reign of King David (2 Samuel 10:1-5) when ambassadors were sent to the neighboring community of Amman to continue the good relations between Israel and that place that had existed for some time. Instead of signing the treaty, however, the Ammonites, convinced that David did not have peace in mind but was instead spying on their country for future attack, abuse the messengers by cutting off half of their beards as well as ripping their clothes to expose their hips and genitals, rendering them physically ridiculous, and forcing them to hide themselves until their hair grew back. The king is infuriated by this act, and gains his revenge by attacking and devastating the offending community (2 Samuel 10:6-14).

And of course, there is that unforgettable tale about the prophet, Elisha, who after he has succeeded his mentor, Elijah, as Israel’s main prophet, encounters some small boys, heading out of the city of Bethel, who, in the timeworn manner of small children, make fun of the prophet by laughing at his bald head. “Go away, baldy; go away, baldy,” they jeer, an unpleasant jibe that results in the thin-skinned prophet’s curse on them “in the name of YHWH” even (2 Kings 2:23-24). As a result of that curse, two she-bears lumber out of the forest and maul 42 of the boys. That repulsive little story is, I suppose, a rich sign of the prophet’s unquestioned divine power, but it certainly is a nasty piece of ancient storytelling that carries no religious significance whatever. When someone notes my own bald pate, I readily admit that curses resulting in bear-mauling does not immediately spring to mind; I hope you are happy to hear that fact!

Unlike Samson, whatever strength I have does not reside in my thinning hair. I like the sentiment from John Milton’s “Samson Agonistes,” (1691) that suggests Samson’s strength is shown to be of little significance since “it was hung in his hair,” a substance easily shorn and readily lost with age. Yet, I enjoy very much my trips to the barber, an ongoing sign that I still live actively in community, and still anticipate many more pleasing ambles to that tiny shop. In the midst of pandemic and in the face of monstrous racism and division, the barbershop will, I hope, persist, as will my visits there. 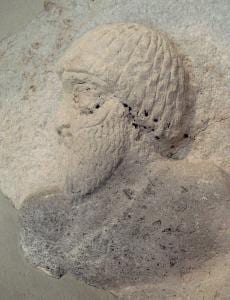 June 9, 2020
The Peripatetic Preacher Listening to Lazarus
Next Post 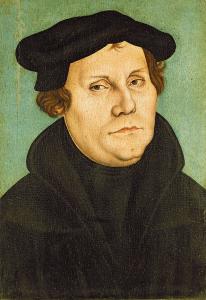 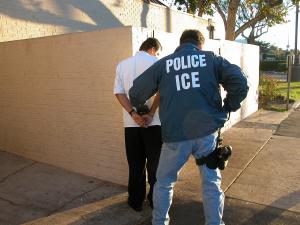 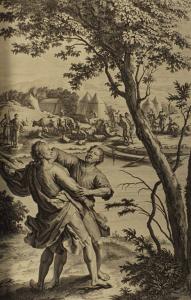