The Peripatetic Preacher White Privilege: Things Are Seldom What They Seem

I take my title today from that infectious Gilbert and Sullivan operetta, “The Pirates of Penzance.” In a typically silly plot, the operetta is filled with stories and characters that are hardly at all what they seem, from pirates who turn out to be real noblemen, to a man who on paper is 21 years old, but since he was born on leap day, Feb.29, will not really be 21 for many years. Things really “are seldom what they seem, skim milk masquerades as cream,” etc. Just as it is in a light entertainment, so it is with white privilege; it really is not at all what it seems.

I have referred in earlier essays to the 2018 book, White Fragility, by Robin DiAngelo, and I urge you, especially all my Anglo readers, to read it as soon as you can. Ms. DiAngelo, who is white, has for many years conducted workshops in myriad settings directed toward the uncovering, recognition, and attempts to correct the insidious and ubiquitous realities of white privilege, what might also be termed white racism. In her book, she wants us all to know early on that racism does not consist of certain individual acts of negativity toward persons of other races, but is instead a systematic and pervasive privileging of white people in the USA in all of its structures: educational, economic, governmental. For those of us whites who refuse to see that and acknowledge that, she says that we are in fact participating in white racism. And there really is little we can do about our participation immediately, because like fish swimming in the ocean that take the water for granted, so we white folk swim in our white privilege without any genuine recognition that we are in fact privileged at all.

And this privilege has long historical roots. Black people were first brought to what became the USA over 400 years ago, completely against their will, and for the next 250 years served as unpaid slaves on plantations and farms, creating a thriving economy that persisted until the Civil War. When the southern states seceded from the Union in 1861, the chief reason was this fact of slavery, and the fear that the northern states, led by the burgeoning abolitionist, Abraham Lincoln, heavily influenced by the movement of abolitionists, would deny the right of slave holding throughout the nation. After the horrifyingly bloody war of four years, in which over 700,000 casualties were recorded, the north won, and in the 13th Amendment to the Constitution in 1865 declared that slavery was illegal in all states of the union. Soon, in the 14th Amendment of 1868, all citizens, white and black, were guaranteed “equal protection of the law.” Many imagined that all racial problems had been forever solved by the passage of these stirring Amendments.

However, just after the end of the war, the assassination of Lincoln led to the installation of his Vice-President, Andrew Johnson of Tennessee, as president. Johnson was in reality a southern sympathizer and an avowed and outspoken and unrelenting racist, announcing in many speeches that blacks were inferior to whites, hardly fit to become true citizens of the country, even maligning the amazing Frederick Douglas as just one more n… In response to these scurrilous words and actions, many southerners, loath to accept defeat in the war and uninterested in allowing over four million black people to live among them as equals, began systematic actions to make black lives miserable. Among those actions was the rise of the Ku Klux Klan, almost immediately at the end of the Civil War. With Johnson in the White House, attacks against blacks continued and increased as the nation tried to heal its enormous sectional wounds. Reconstruction of the South, begun with such high hopes, eventually failed completely to create systems that would effectively assimilate former black slaves into the US culture. Many blacks quickly learned to read and write, and soon were deeply involved in the reformations of the southern states, some even serving as national representatives. But all too soon, the horrors of white oppression and privilege made black life bitter and second- class. Locked into educational practices, governmental systems, and business operations were multiple overt and covert means to deny black people full access to all facets of a society built to exclude them in as many ways as could be devised. We remain heirs of that reality in 2020, both the privilege of the whites and the concomitant denial of black equality. 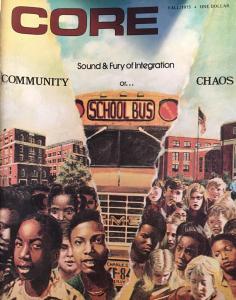 If you have found, as a white person, my words up to now difficult to hear and accept, as they have been for me difficult to write, then you have begun to experience the white privilege that you have benefited from your whole life, as I have tried to uncover that privilege for myself. Just this morning I discovered one more layer of that privilege, and my potential ignorance of it. I read in my newspaper that only 8% of High School students in California know and believe that slavery was the chief cause of the Civil War. I find that astonishing, but also I see that fact as a sign of white privilege. Surely, no one in 2020 could imagine that black people are not completely equal with whites? It might be that our southern forebears owned slaves, but I do not own slaves and can hardly imagine any person being enslaved. Once slavery was outlawed in the Constitution by well-meaning 19th century legislators, that was the end of that. Unfortunately, that is our white privilege talking. The end of chattel slavery did not end white privilege, and just because I have black friends, and just because I marched against racism in the 1960’s and again in 2020, does not mean that I have shed my white privilege. I have never in this culture, and during my lifetime, been judged solely by the color of my skin, nor have I ever been questioned in a store or shadowed by a policeman only for living my life. I have always been able without question to access a mortgage or purchase a car, or eat in a restaurant. White privilege affords me this unquestioned access, and I take it completely for granted.

And what does our Bible have to say about all of this? As usual, its words offer both support and challenge. The apostle Paul in his quite angry letter to the back-sliding Galatian Christians, whose community he had earlier founded, makes this famous claim: “As many of you who were baptized into Christ have clothed yourselves with Christ. There is no longer Jew or Greek, there is no longer slave or free, there is no longer male or female; for all of you are one in Christ Jesus” (Gal. 3:27-28). These world-changing words did little to aid the slaves of the 19th century, however much they appeared to challenge the very notion of slavery, at least when read as such. In short, Christians have too seldom given their voices to call into question societal norms that fly in the face of full equality with God. White privilege is just too comfortable, too pleasant, too delightful to give it up easily.

And then of course there is Jesus who tells stories of Good Samaritans, raising that outcaste group among the Jews to a fuller equality of service, and one-hour workers who are paid the same as all-day laborers, claiming full access to the radical grace of God, and fathers receiving unrepentant children home without questions, welcoming them with a fulsome banquet. And what about the prophet Hosea, who in the face of a recalcitrant and reluctant Israel, still sees YHWH as filled with an anguished womb-like love for them, proclaiming that the last word is not fury and punishment, but compassion and concern (Hos.11:8-9)?

Indeed, the entire story of Israel, the tiny community stuck in the midst of massive empires, east and west, is a story of survival and hope and promise. Even in their Babylonian exile, trapped in the ghetto of Tel Aviv, doomed to live out their lives by the river Chebar, they find glimmers of hope through the prophet Isaiah, who sees among the exiles not pathetic and forgotten immigrants, but lights to the nation, ambassadors of peace to the world. We white people do not need to stay locked in our prisons of privilege, because our God would not have it so. God sees all of us as divine children, and thus whenever any human group sees itself as better, or wiser, or more deserving, God rejects such notions and bids us continue searching for genuine unity and equality. We whites must first learn to listen to those whose experiences they can simply never understand and then must act in solidarity with them to escape our privilege and to acknowledge that we do not deserve any such privilege and never have deserved it.

Among us, things are seldom what they seem, because there remains deception, a lack of truth telling, a blindness against our privilege. As the old hymn says, “Open my eyes that I may see glimpses of truth thou hast for me; place in my hands the wonderful key that shall unclasp and set me free” (Clara H. Scott, 1895). I have no idea exactly what Ms. Scott had in mind when she wrote those words, but I know what they mean for me now. I need desperately to have my eyes open, my ears open, and my mouth open by that “spirit divine” that seeks always for the unity of us all, and that lures us white people to a new way of perceiving the world in which we live. 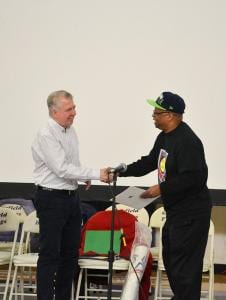 June 30, 2020
The Peripatetic Preacher We Have Met the Enemy
Next Post

A 'biblically based process to mitigate...
slacktivist
Related posts from The Peripatetic Preacher