Starting Over The Peripatetic Preacher

I write this essay on Jan.19, 2021, the day before Joe Biden and Kamala Harris will be inaugurated as president and vice-president of the USA. It is a day that many of us have longed for, ending at last the disastrous presidency of Donald Trump that culminated in a Trump-led mob’s ransacking of the US capitol, and creating dangerous and explosive fears of more attacks from right-wing terrorists, both on inauguration day and after. On a day every four years when we usually celebrate the inauguration with bands, parades, and huge thronging crowds, instead thanks to Trump and his minions we have thousands of National Guard troops, long stretches of fences, topped with razor wire, encasing the entire governmental physical complex. Added to our discomfort is the raging COVID-19 pandemic, another gift of the feckless Trump, thanks to his empty assurances that “it will just go away some day.” It has not, but thank God Almighty, he will go away tomorrow, taking his last trip on Air Force One to a Twitterless Florida retirement.

It is for our nation a time to start over. In the face of huge problems, many left by the outgoing and largely incompetent administration, and others that have lingered and festered during that failed four years, climate change, institutional racism, the pandemic, the enlarging gaps between rich and poor, among a host of others, Joe and Kamala, and those they have chosen to help them, have a groaning buffet of issues that will threaten to consume them over their terms as our leaders. We expect a great deal from them, and though we all know that the messes left by Mr. Trump will hardly be solved during the next four years, we hope that our elected leadership will be able to set us on a more livable and sustainable course. Fortunately, starting over is something US America has had to do during much of its history, and therefore has had valuable practice at what has always been challenging efforts to remake itself. The nation has not ever been completely successful at the task, hence the remaining issues that confront Biden/Harris even today.

Our ancient Bible has valuable insights to offer from a people who themselves were forced several times in their history to start over. And as they performed these acts of new beginnings, they left us with reflections on what they had done, and gave to us useful insights into what we are about to attempt once again. I could choose many places in the texts that demonstrate their flexibility and hard work to begin anew, but at least two occasions stand out as particularly important times for them as they knew they had to adapt and change if they were to survive and thrive in rapidly altering circumstances. Those two times were the movement from slavery in Egypt to a new life in a strange land, and the trials of the exile to Babylon and how they were to survive in a foreign land.

The epic tale of Israel’s long sojourn in Egypt, their subsequent escape from there, their perilous trip through the wilderness of Sinai, and the final entrance into the Land of Promise, forms the central story of Israel and their faithful God. This story, tinted with essentially unrecoverable history, but consisting mainly of theological accounts of interactions with YHWH, served the people of Israel as the vehicle of centuries of hope and promise as they confronted again and again the need to begin anew in a land that gave them both what they needed for their lives but also presented them with multiple dangers for their very existence. The book of Deuteronomy, a work perhaps shaped in the north of Israel sometime during the independence of northern Israel between the 10th and 8th centuries, but transmitted to southern Judah, following the North’s destruction by the Assyrians in 722BCE, became an important document for a southern reformation project. Once brought there, the scroll was discovered, or better said rediscovered, by the reforming king, Josiah in 622BCE while he was rebuilding the crumbling temple of Jerusalem. The authors of Deuteronomy, as they had reflected on the freedom of Israel from Egypt, had this to say by way of warning and promise as they faced the prospect of entering the land promised by YHWH: “Keep, then, this entire commandment (what would eventually be known as Torah, the whole teaching of YHWH) that I am commanding you today, so that you may have strength to go in and occupy the land that you are crossing over to occupy, and so that you may live long in the land that YHWH swore to your ancestors to give them and to their descendants, a land flowing with milk and honey” (Deut.11:8-9). Here is the backbone of Deuteronomy’s understanding of what Israel faced as it was poised on the east bank of the river Jordan just before entering the land; would they follow Torah and thus live long or would they not? Of course, since Deuteronomy was composed as a fictional series of sermons uttered by Moses many centuries earlier, it was clear that Israel, living in that land for several centuries, had not in fact done what Deuteronomy had hoped and commanded.

Apparently, that ancient Torah of YHWH, that law and teaching that had been promulgated to lead and guide their lives, needed a constant restatement and refreshment, precisely because Israel had not managed to live with Torah; the nation had divided north and south, and would soon be completely swallowed up by greater powers in foreign defeat and exile. Yet, sometime before that final exile, Deuteronomy had warned them as follows: “The land that you are about to enter and occupy is not like the land of Egypt, from which you have come, where you sow your seed and irrigate by hand like a vegetable garden. On the contrary, the land you are crossing over to occupy is a land of hills and valleys, watered by rain from the sky, a land that YHWH your God seeks after” (Deut.11:10-11). Egypt is completely unlike Israel; its topography and water sources are thoroughly different. Egypt has the ever-flowing Nile, its waters always available for irrigation of orchards and gardens. In Israel, there are no such sources of water. If water comes at all, it comes from the skies as rain, and because that is so Israel’s dependence on YHWH must be total. YHWH’s Torah must serve as the rule for life if they are to thrive in the new land. 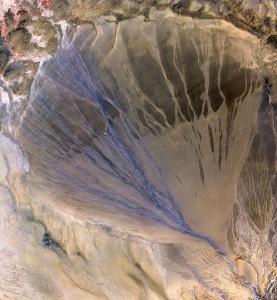 Though US America remains something of the same place, both under a president Trump and a president Biden, there are stark differences. It is after the Trump term a far more contentious and divided land. No longer may we assume traditional patterns of behavior from all our citizens; Jan. 6’s riot demonstrated quite directly that some of us have become deeply radicalized against the government and its demands on our lives. And because that is true, this new and dangerous reality must bring new solutions. We do not live in Egypt any more and must rely not only the certainties of the Nile for our livelihoods, but must look to sources of our sustaining from outside our individual selves.

Still, we cannot simply avoid and forget the past as we enter a new future. In the exile of Israel to Babylon we discover a way both to incorporate the sources of life from the past and to anticipate a new and hopeful future. That marvelous poet of exile, 2- Isaiah, shows us a surprising way. In Is.43:16, he hymns the fabulous past of YHWH’s victory over Egypt at the Sea of Reeds: “Thus says YHWH, who makes a way in the sea, a path in the mighty waters, who brings out chariot and horse, army and warrior; they lie down, they cannot rise up; they are extinguished, quenched like a wick.” This singular event at the sea served Israel for the succeeding centuries as the touchstone of their hope in YHWH to sustain them through every trial. But now they are in exile in Babylon, having lost their promised land, their temple, their king; everything that YHWH had given had now been snatched away. The memory of YHWH’s past actions had apparently not been activated in the terrible present. But like a thunderclap, Isaiah shifts their attention and ours in another direction. Shockingly, he demands, “Do not remember the former things, or think of the things of old. I am about to do a new thing; now it springs forth; don’t you see it? I will make a path in the wilderness, rivers in the desert” (Is.43:18-19). Some exiles returned to Israel, but many remained in Babylon, and formed for the next 1000 years one of the most important centers of Jewish learning in the world. YHWH had indeed created a new road in the desert.

Does Israel’s past with YHWH have no lasting meaning? Should we only focus our attention on the present and future? Not quite, counsels Isaiah. The past may still be a touchstone, but it cannot be all we focus attention on. Donald Trump’s attempt to wreck both foreign and domestic policies with a giant and wild iron ball cannot be all that must occupy our emotional and mental energies. YHWH is ever in the business of doing new things like roads in the blasted wilderness and springs of live-giving water in the dry desert. So, using the past as anchor and warning, we move into a hopeful and refreshed future, knowing the our God leads us there, God’s teaching and guiding still available.

Whether or not you are a believer in the God I mention here, it is crucial for you to root yourselves in the past actions of the previous administration, to take from those actions whatever good there may be, and soundly to repudiate the many poor actions you see, and to move into a new future with hope and confidence that in the end we want a nation that lifts the torch of freedom and justice for all its people, and may serve as a beacon for all in our world who search for the same things. We need to start over, but our starting must be fixed in both past and future. We no longer live in Egypt, and thus we are called to new duties, duties, however, still rooted in the God who calls us to Torah, to the actions of justice and righteousness for all. 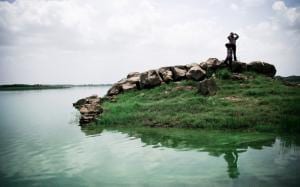