In God We Trust The Peripatetic Preacher

I am easily old enough to remember 1956. I was ten years old that year, and as a grade school student in Phoenix, AZ, was used to beginning every school day with the Pledge of Allegiance: “I pledge allegiance to the flag of the United States of America, and to the Republic for which it stands, one nation, under God, indivisible, with liberty and justice for all.” I have not recited that oath for decades, but it still rolls easily off my aging tongue. The Pledge, as I have just recited it, was created by Francis Bellamy in 1892, as a memorial to the 400th anniversary of Columbus’ “discovery” of America. 50 years later in 1942, the pledge was adopted by the US Congress as an official statement of the US, and in 1954, the phrase “under God” was added under the influence of events I will describe below. It might be said that that tiny addition laid the groundwork for the deep confusions we now face concerning the relationship between religious belief and the government of the nation.

1956, in addition, brought what might be termed a momentous change in the outlook of those United States. That was the year that the US Congress supplanted the motto of the union—E Pluribus Unum—with the new motto, “In God We Trust.” The former motto had been the official statement of the nation since 1776. Its Latin text means, “Out of Many, One.” As I have reflected on this change, in the light of the fractured culture of US America in which we now live in 2021, and as the second impeachment trial of Donald Trump, former US president, is about to begin in the Senate, I think that change signaled far more than we ever could have imagined.

At least officially, for 180 years, US America was known as a place where diversity was prized and where unities out of that diversity were sought. Of course, the reality of that lofty goal regularly fell far short of anything like a full realization. African slavery engendered an unimaginably bloody civil war, that was followed by a brief and hopeful period of southern reconstruction of a semblance of that promised unity, that was all too quickly followed by Jim Crow laws, forcing black persons away from any sort of genuine equality, a monstrous fact that continues to fuel even now economic, political, and social racial fissures in our nation that have so far resisted any lasting healing. E Pluribus Unum seems at best a hollow promise, given what all of us have witnessed and experienced and participated in over recent decades. 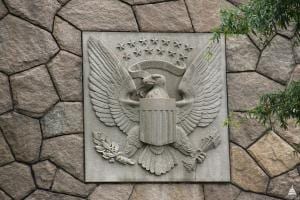 It is more than obvious why the country felt it needed to change its long-held official motto, as well as to add the “under God” clause to the pledge. 1956 found the nation in the grip of the “red scare,” a time when the fear of “godless Communism” was perceived to be a dangerous threat, and when Sen. Joseph McCarthy, chairman of the House UnAmerican Activities Committee, was “discovering” communists and their sympathizers under every desk and doorway of the government, lurking behind the cameras of the “pinkoes” in Hollywood, and near the chalkboards of many “left-wing” universities and colleges throughout the country. For the millions who had never read either Karl Marx or Friedrich Engels, they were told that the essence of their thought was that “religion was the opiate of the people,” and their ghoulish goal was nothing less than complete domination of the entire world with their god-forsaken lies. The very next year, 1957, the Soviet Union, the embodiment of this menace, launched the infamous Sputnik, the world’s first human-created space object, and the “space race,” accompanied by the Cold War, was on. The struggle was seen as nothing less than life or death, between a godless Russia and a God-fearing USA. Hence, “in God we trust” announced that struggle quite directly, and represented the conviction that we US Americans would never allow those heathens to supplant or defeat our God-believing country. We said that pledge of allegiance with pride and defiance. At the same time, we learned how to “duck and cover,” cowering under our tiny desks as a way to avoid the full impact of a nuclear attack from these same Soviets, who we believed would stop at nothing to destroy us, even risking their own obliteration in the process. We were of course not told that our ducking and covering would hardly have provided any semblance of protection from the force and blast of a nuclear detonation, no matter the size.

Ironically, I think that the motto change that happened now 65 years ago has led us to an increasingly dangerous and fractured moment for the country. The supposed reasons for the change have now dissipated; the Soviet Union is no more, and with its demise the central rationale for our vast military expenditures also disappeared. Yes, we now have other enemies—we always have enemies—but the all-consuming mortal struggle for hegemony in the world is not the struggle we now face, despite those among us who would create China or Al-Qaida or Iran or any number of other “bad places” as our enemy du jour. Since we now fancy ourselves as a “nation under God,” we have unleashed among us a religious combat designed to define just who that God is, and how that God is to be worshipped and followed.

There can be little argument that the raid on the capitol building on Jan.6, whether or not fueled directly by Donald Trump (as Democrats and Republicans are today arguing in the Senate), it was driven in part by a militant form of Christianity, a belief that the God under whom our nation lives, had called some citizens to “stop the steal,” and to defend the president as one “chosen” by that same God. That rowdy mob on the Christian Day of Epiphany was merely the blunt end of a large movement of millions who have been led to believe that the God they follow has a unique destiny for our nation, that we US Americans have been chosen to spread our understanding of this God not only throughout the nation, but into the whole world. Those Christian Nationalists, who believe that US America has always been and must always be a Christian nation, a nation governed by biblical principles, led by enlightened Christian elders, mostly men, who will shape and guide the nation into the ways of God, a place where groups of undesirables—LGBTQI people, liberals, socialists, atheists, etc.—will have no place, have determined that is the nature of their Christianity. The motto that claims out of many, one, cannot be their motto, simply because they cannot and will not believe it is possible. Diversity of color and thought cannot be allowed to occlude their perception of the “pure” US American, a primarily white, God-fearing, gun-toting, church-going person, who is the backbone of this Christian nation. That summarizes the God that they imagine they are in fact under.

Let me be clear: that is not the God I know. The God I know values and affirms and loves diversity. In fact, that God created diversity of thought and idea precisely as a way to advance the cause of justice in the earth, to urge all of us to confront our prejudices, to face our arrogance, to join with all others, religious or non-religious, Christian or Jew, Muslim or Sikh, in the continual search for justice and righteousness. E Pluribus Unum does not mean that all must meld together in some forced sameness, some required uniformity. I believe that the “unum” in the phrase means the common search for justice for all, no matter their language, skin tone, or cultural likes and dislikes. The biblical image for me is an expansive reading of Acts 2, that inaugural sermon of the apostle Peter where “every nation under heaven” gathered to hear the Good News of God spoken freely. I thoroughly reject the overt anti-Semitism of that sermon, because it undercuts its very power of inclusion. But all there that day “heard the gospel spoken in their own language,” an obvious reversal of the disaster at the Tower of Babel (Gen.11) when no one was able to hear or understand one another at all. The Acts text does not say that Medes became Parthians, or Elamites Judeans, on that day; it says that they all heard in their own languages. That is the God I want to serve under, that is the God to whom I wish to pledge my allegiance. As I said in a recent essay, Christian Nationalism is in no way Christian at all. If God is nationalist only, then that is plainly not the God I know; that God is limited, unconcerned with the cosmos that God created and sustains, uninterested in the full range of the human and animal family of earth. “In God we Trust” we affirm, but be certain you understand the fullness and inclusivity of that God before you sling that God’s name around too easily. 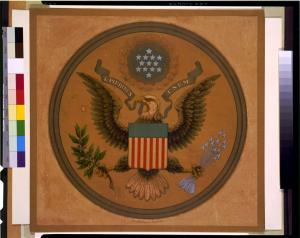