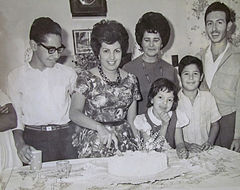 Yesterday (July 8) was my 75th birthday, making me now 3/4 of a century old. Given the 7 billion people on the planet, odds suggest that several million of them share my birthday and celebrated that fact as I did. Of course, those celebrations were in the main far different from mine, I am sure; I cannot imagine just how different! I wish to say that mine was especially lovely this year and that for several noticeable reasons. I do live in Los Angeles, am relatively comfortable financially, so have access to a wide variety of experiences that tend to make celebration both easy and special.

But before I begin to enumerate what I did yesterday, let me say first that I was never so aware that I was not alone in the world as I was on my 75th birthday. Now, let me be clear. I have been married almost 52 years to a truly wonderful person, Diana, who is clever, smart, diligent, loving, deeply caring, and a life partner that is nonpareil. She is a gem, and I am never alone when Diana is around. As an aid to my celebration yesterday, Diana sent out a request to many of our friends and acquaintances that make up the list of those to whom we send our yearly now-electronic Christmas card each year, a practice we have followed for nearly 40 years. We call it the “Holbert Hill Tribune” (catchy, no?), and we try hard to get it to as many of those we have met and befriended over the years as we can. From that list, including persons from many states and around the world, I got a plethora of rich responses that helped to bless my natal day beyond measure.

Some replies were silly from those persons who themselves are regularly silly. “When Mozart was my age, he had been dead 40 years.” You know the type. Some were direct. From my nearly 80-year-old brother’s card, I learned that I was “just damn old.” Well, yes. From another, I received a truly hilariously doctored video of prairie dogs chortling “happy birthday to John” with high-pitched prairie dog voices, introduced by a human voice sounding a great deal like the dulcet tone of David Attenborough. And perhaps best of all, I got a song whose lyrics were composed by a supremely talented and supremely nutty former colleague, that was sung, in a truly loony fashion, by my family: son, daughter, son’s female friend, daughter’s husband, Diana, and our two grandchildren whose lovely voices toward song’s end dissolved into screams worthy of Dracula’s victims. Laughter appeared in gales, as one would hope at any birthday party. 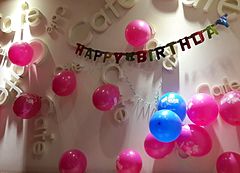 However, the day began early in a grand and perhaps unexpected fashion. I have participated in a breakfast meeting with 12 or so male members of my church over the past three years once a month, on the second Thursday of the month. Since our new senior pastor is a woman, she has often joined us men at these events, and she was there yesterday. During the pandemic, of course, we have met via Zoom, and yesterday we did that again, while hoping that that meeting might be the last one electronically arranged. Each meeting of the group has two leaders who are charged with issues and questions that we can discuss with one another. The question yesterday I thought especially engaging and provocative. We were asked to discuss what Nicodemus’s question to Jesus, that very famous one from John 3, meant for our lives. “How can anyone be ‘born again’ (or ‘born from above’ the Greek may also be translated), asks the Jewish scholar of Jesus? The reflections on this were fascinating. Among our group, there are retired pastors (along with our own pastor), persons involved in the entertainment world, several attorneys of various sorts, several real estate people, and a restauranteur.

Nearly every one spoke about what the community of the church, not just our church but THE church, had meant for their lives. All noted that they felt nurtured and challenged and supported in many ways by multiple communities without which they could not have thrived in their work and life. In short, each one said that they were so glad that they were not alone in their individual lives.

And my mind turned to the book of Genesis. I am a man of the Bible, as any who have read me over the years know well. John Wesley, the founder of my denomination, Methodism, called himself “a man of one book,” by which he meant the Bible. Well, he was not, as I am not, since both of us read many books, but the book that gave and gives us life is the Bible. In Genesis 2:18, we read: “YHWH Elohim said, ‘It is not good for ‘adam to be alone; I will make for it a partner who is like it.’” YHWH first creates all the world’s wild and domesticated creatures, but none of them can be fully partner for ‘adam. Finally, YHWH builds from ‘adam’s side “a woman” who is a “partner who is like it.” We are not to learn from this ancient tale that only men and women may be partners, as much as certain Christian believers wish it were so, hoping to find biblical ammunition against LGBTQIA+ persons. The key part of the story is that it is not good for anyone to be alone, and my birthday yesterday cemented that truth in my mind and heart.

As I participated in the breakfast zoom, beginning at 7:15 AM, I knew deeply that I was not alone. And throughout the day, I received scads of e-mails and texts from people I had lost track of, people from whom I had not heard for years. Of course, I knew nearly all of these names, having worked with them, taught them, learned from them over the course of my life, but there were even a few well-wishers that I did not know well or at all. They were friends of friends, or silent members of classes, or unknown readers of my writings, but all made it plain to me that there is for me a great cloud of living witnesses, all who are connected to my life and work in one way or another. Diana and I had brunch at a cool coffee shop, designed by classic coffee shop designers in 1957. We then browsed a fabulous book store, one of my favorite activities, before heading for the Grammy Museum in downtown LA, a great experience of music and culture in our city. We then went to view an astonishingly enormous new house that our son-in-law has designed, a multi-level, multi-thousand square foot mansion, anchored to an LA hillside by more pillars and concrete than you can conceive.

Then for dinner my daughter ordered Chinese food from a superb restaurant: crab fried rice, various kinds of dumplings, noodles, spinach, tofu fried rice, all topped off with Ben & Jerry’s ice cream in five flavors, covered in whipped cream and chocolate sauce, my very favorite dessert. And all the while, e-mails and texts continued to pour in to my phone. I was without doubt not alone, and I was glad, and humbled, and overwhelmed all at once. My 75th birthday was indeed one of the greatest days of my life, right up there with my wedding day, the days of the births of my children and grandchildren, the day of our 50th wedding anniversary, the day when I received tenure at my university, the day of my retirement from that very university.

In all these many ways, I witnessed again that I am part of a large community of people, many of whom share my love of this world and its people, and have given their lives for its and their betterment. How sweet my life has been! How nurtured and loved I have been! How rich the gifts of God for me over my 75 years! My joy for the day is nearly, but not quite, inexpressible, as this tiny essay has tried to say!I am so grateful to those who wrote and to those who are now reading. It is you, both known and unknown, that have made my life what it is. 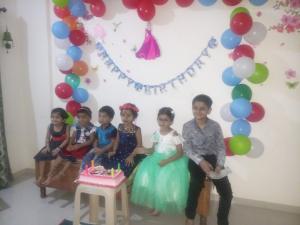 July 7, 2021
The Peripatetic Preacher. The Big Lie Lives
Next Post

What's Going To Happen to the...
Clint Schnekloth
Related posts from The Peripatetic Preacher